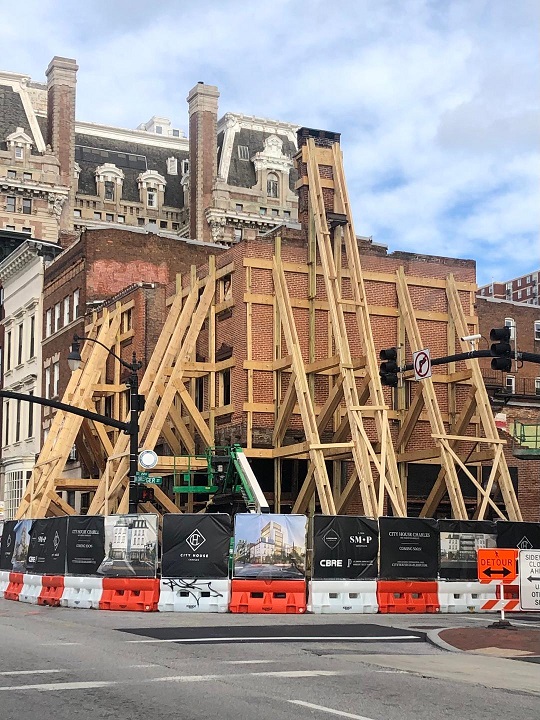 If 2020 has taught us anything, it is the fact that you can’t count on everything staying the same. From the moment we are born, everything starts to change. There is no fighting it. You just must embrace it. Otherwise, you become one of those grumpy old men who start every sentence with: When I was your age ….  When I first moved to Baltimore in 1984 the city was filled with LGBTQ+ bars and they were busy every night. When I bought a house in Baltimore’s Canton neighborhood in 1988, I could walk to five LGBTQ+ bars, two of which were large dance clubs. That is hard to image now, but in those pre-internet, and pre hookup app days, people went out often. I discovered the leather community in 1984 at Baltimore’s Gallery One bar when it was a dress code leather bar.

Everything in the community changed, but not all change is bad. I also remember that the leather community I discovered in the early 1980’s was a world of white men. The only person of color I recall meeting at the Gallery in those days was the late Tony Hash, who was a charming Black man who became Mr. Maryland Leather 1993. Women, even leather women, were not really welcomed there at that time or at least I do not recall seeing any. I also remember walking into a lesbian bar in Canton with my pardoner at the time and feeling very unwelcomed to the point that I didn’t even order a drink and walked out. (That is the only time I ever walked into a bar and didn’t order a beer!) Aren’t we glad our community has changed?

I can remember being at the Gallery and seeing leather guys make fun of someone who had on brown boots or a brown leather jacket. In those days there were two types of leather: black leather and wrong. One goes to a leather event today and sees people in leather of every color and also in rubber, neoprene, and even spandex! Works for me! I learned a long time ago that to grow a community must evolve and embrace change.

I was reminded of people trying to fight change again recently when I saw all the boo-hooing posted on Facebook about the enormous renovation project going on in Baltimore with the building that once housed the Grand Central nightclub. I too have many fond memories of that building going back to when it was two clubs: Stagecoach, a country-western dance club, and Central Station. In fact, in 2001 when I was Maryland Mr. Drummer 2001, the Mid-Atlantic Drummer 2001 Contest was held at Stagecoach. During the contest, I sold a winning 50/50 raffle ticket to a man named Steve. DC Mr. Drummer 2001 Gary Vandeventer would win Mid-Atlantic Drummer 2001 (as well as International Mr. Drummer 2001 months later), but I won much more. Sir Steve and I are still together 20 years later. In 2007 Sir Steve was sashed Mr. Maryland Leather 2007 on that same spot. So now this building is going to become an office building with a restaurant or two at street level. Who is to say that the restaurants will not be good? Maybe I will make some more happy memories there. You have got to go with the flow.

Each year the Mid-Atlantic leather community’s biggest event in February is the annual Scarlet’s Bake sale. This live auction of cakes made by leather titleholders and members of our area’s leather clubs is a fundraiser for small LGBTQ+ nonprofits. Scarlet’s Bake Sale started in 1971 and is traditionally held in Washington, DC on the Sunday before Valentine’s Day. Due to COVID-19 restrictions, the 50th Scarlet’s Bake Sale will be held on Sunday, June 27th starting at 3 pm at The Crucible, 412 V Street NE. Mark you calendar now. You will not want to miss this. For several years I was on the board of the Scarlet’s Foundation and one year we held the event at the DC Eagle on New York Avenue during a snowstorm. Getting there was a nightmare, but the leather community turned out in force. It almost made me cry that all the leather titleholders I selected to judge the cakes showed up on time and with a smile on their faces. You won’t’ have to worry about snow in June. It’s won’t be the same, but a summer event might be a good change.