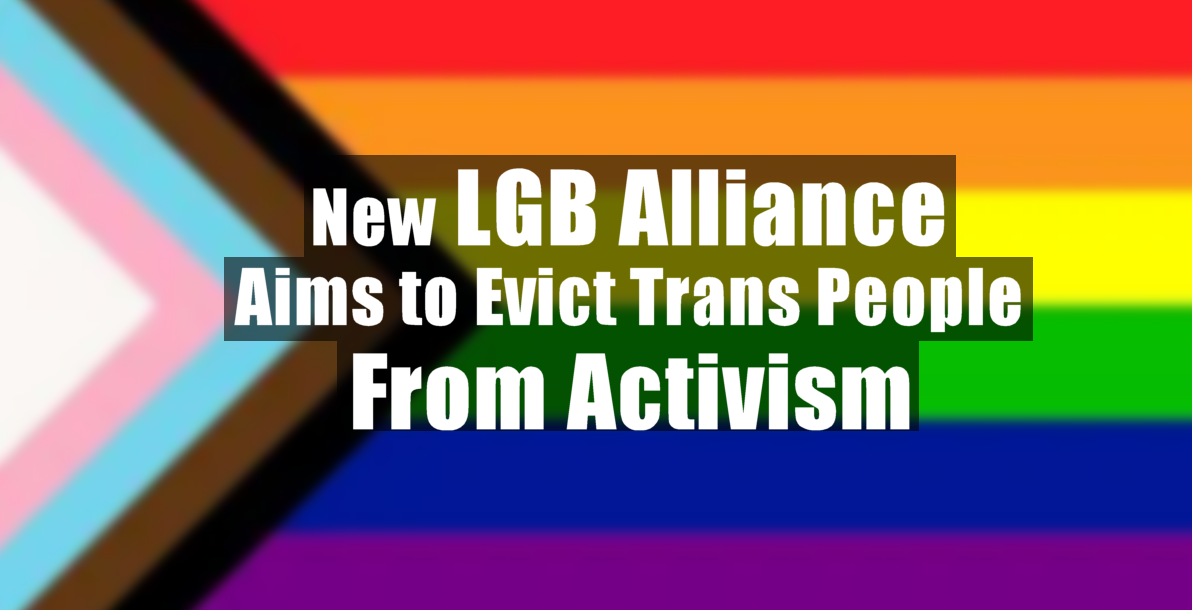 London, England – A British anti-Transgender group known as the LGB Alliance has been granted “charity” status – the equivalent of nonprofit status in the US. In British law, a charity is established to provide a public benefit to at least a substantial section of the population. In return, it is entitled to legal tax benefits. The Charity Commission, the government department that registers and regulates charities in England and Wales, confirmed to Pink News that it approved the LGB Alliance for listing in the register of public charities.

The Commission acknowledged that the group is controversial and admitted that there were “a number of objections to the registration of LGBA as a charity.” Some 35,000 people signed a petition urging the Charity Commission to reject the LGB Alliance’s application on the grounds that it is an anti-Trans hate group. “The commission looked at whether LGB Alliance’s purpose inevitably involves the denigration of the rights of transgender people and considered that it did not,” the Charity Commission reported in its official decision. “The commission noted that LGB Alliance asserts that it engages constructively and respectfully with representatives of the transgender community, has a number of supporters within the transgender community, invited transgender supporters to attend and speak at the meetings it has held, and has spoken publicly about its commitment to equality and respect for transgender people.” As a charity, the LGB Alliance’s “position will be there are only two sexes and gender is a social construct, and that this perspective should form part of the discussion about these issues,” the Charity Commission said. “LGB Alliance explains its position on the basis that it seeks to protect women and young people in particular. It argues, for example, that some spaces should be limited to biological women where they are potentially at risk.

Since its creation in October 2019, the LGB Alliance has been branded a “hate group” by many in the LGBTQ activist groups, including Pride in London, the Labour Campaign for Trans Rights, and the LGBT+ Lib Dems. The group has also been criticized for refusing to denounce its neo-Nazi and homophobic supporters. LGB Alliance co-founder Bev Jackson works with the US-based right-wing group the Heritage Foundation, as well as with anti-choice groups. LGB Alliance director Malcom Clark has said that British schools should not have LBGT+ clubs because of “predatory gay teachers.” (Seattle Gay News – Mike Andrew at http://sgn.org/sgnnews49_17/page2.cfm)