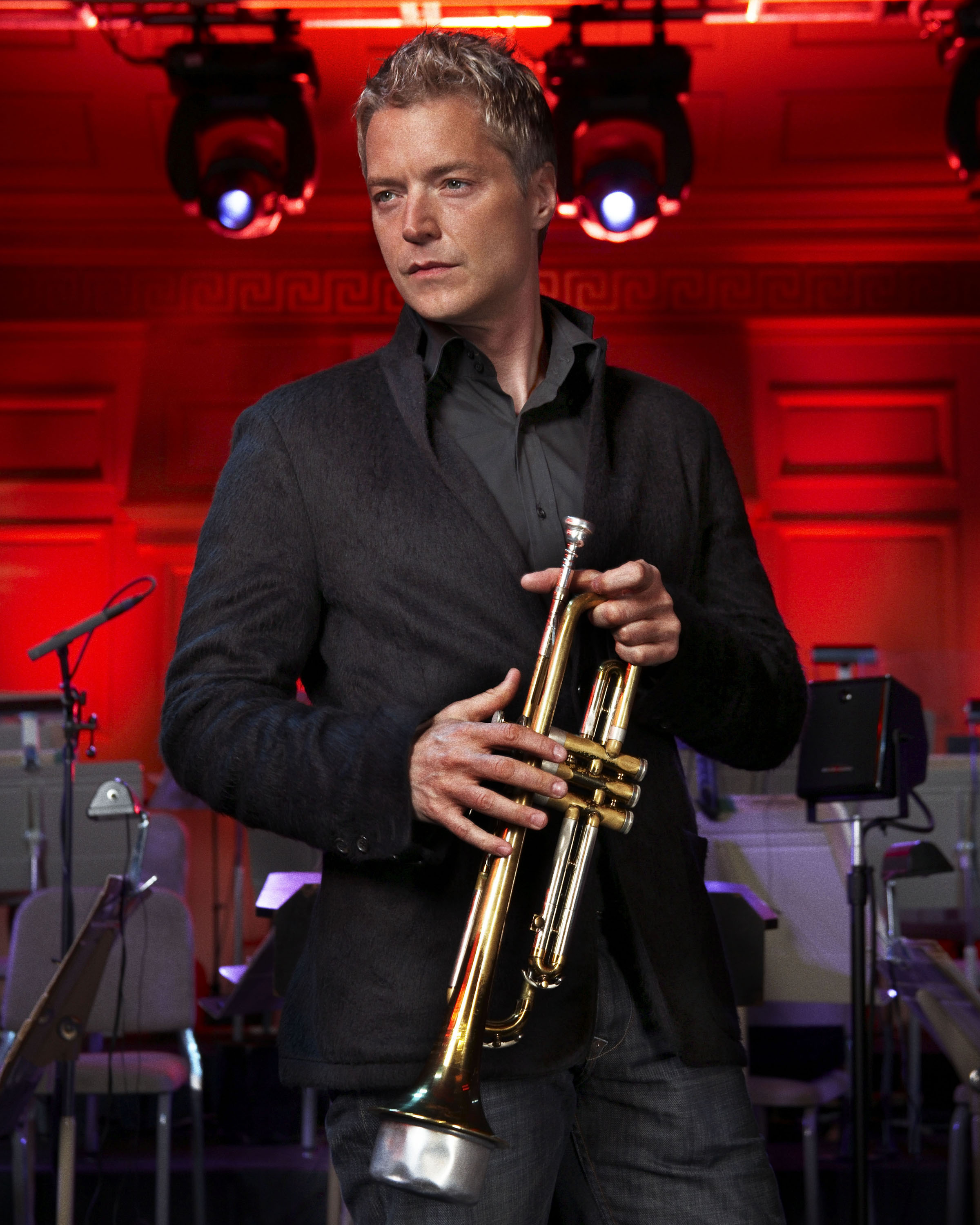 “I’ve always loved the challenge of playing the trumpet,” says Grammy Award-winning jazz trumpeter Chris Botti. Over the past three decades, Botti has become the largest-selling American instrumental artist with four number one jazz albums and has performed with musical legends like Barbara Streisand, Frank Sinatra, Josh Groban, Lady Gaga, and others. On November 23rd to 25th, he will return to the Joseph Meyerhoff Symphony Hall as part of the Baltimore Symphony Orchestra’s SuperPops series.

Botti’s love for the trumpet is obvious to anyone who has listened to his albums or performances, but he is quick to mention the obstacles the instrument presents. “The trumpet is not a casual instrument; it’s something that requires daily attention to keep up your chops,” acknowledges Botti. “You not only have musical difficulties with the trumpet, but there are also physical difficulties as well. I know a lot of fine musicians who cannot get around on the trumpet to the point where it acts like a smothering effect for their career. They can’t express themselves musically because of the hurdles set up by the instrument. I’ve worked hard my whole life to get the trumpet to have a beautiful, low-end and not shrill type of sound.”

Through this hard work, Botti has been able to craft a unique sound and display the beauty of the instrument. “I love the trumpet’s versatility. You could say ‘quiet and brooding’ would describe my recordings, but my live concerts are markedly different,” says Botti. “The two most paramount jazz albums of all time – Kind of Blue and Sketches in Spain, both by Miles Davis – share a common thread, which is an unbelievable amount of restraint. They’re polar opposites of Live at the Plugged Nickel, where Miles is just going crazy on the instrument. As a listener, I’d rather listen to the former. That kind of loud, bravado trumpet playing is the more obvious choice, and I do that in concert. I just don’t want to make records like that.”

Despite his success and longevity in the music world, Botti feels that he still needs to win over a few folks. “It’s funny, I have really good friends of mine who have never seen my show, and I’ll invite them to come to a show if I’m in their area. The day of, they’ll finally get up enough courage to ask me, ‘So is it just you like, with a trumpet?’ I literally feel that my career has been about winning over one person at a time – kind of like hand-to-hand combat,” says Botti. “One audience at a time, one individual at a time, because once they see it, they get the whole scope of it. They come up and tell me, ‘Oh my gosh, I cried during the show,’ or ‘I’ve never seen musicianship like that before,’ or ‘That was really funny, and the guitar player is crazy,’ or that they really had so much fun and just thoroughly enjoyed the show. People don’t know what to expect from a trumpet player, and so it makes the uphill ladder so much steeper. This is one of the reasons I tour so relentlessly. I have a chip on my shoulder about it, and then, of course, once you get up there, you want to stay!”

The performances at the Meyerhoff will feature selections from his albums, including his latest record Impressions. Botti works hard to create a memorable show for his audience. “I obsess about my show all day long because I want it to be musically entertaining and musically ‘high end’ for the fans,” says Botti. “It’s incredibly important to me that we relate to them, that we’re open to them, and that we accept them and are appreciative that they’re there. It’s not lost on me at all that we have fans that buy tickets, take a night off, and come to the show. It means so much.”

In addition to his performances at the Meyerhoff, fans can view his PBS concert special. For ticket info, call the BSO Box Office at 410-783-8000 or visit BSOmusic.org. The BSO will not be playing at this performance.