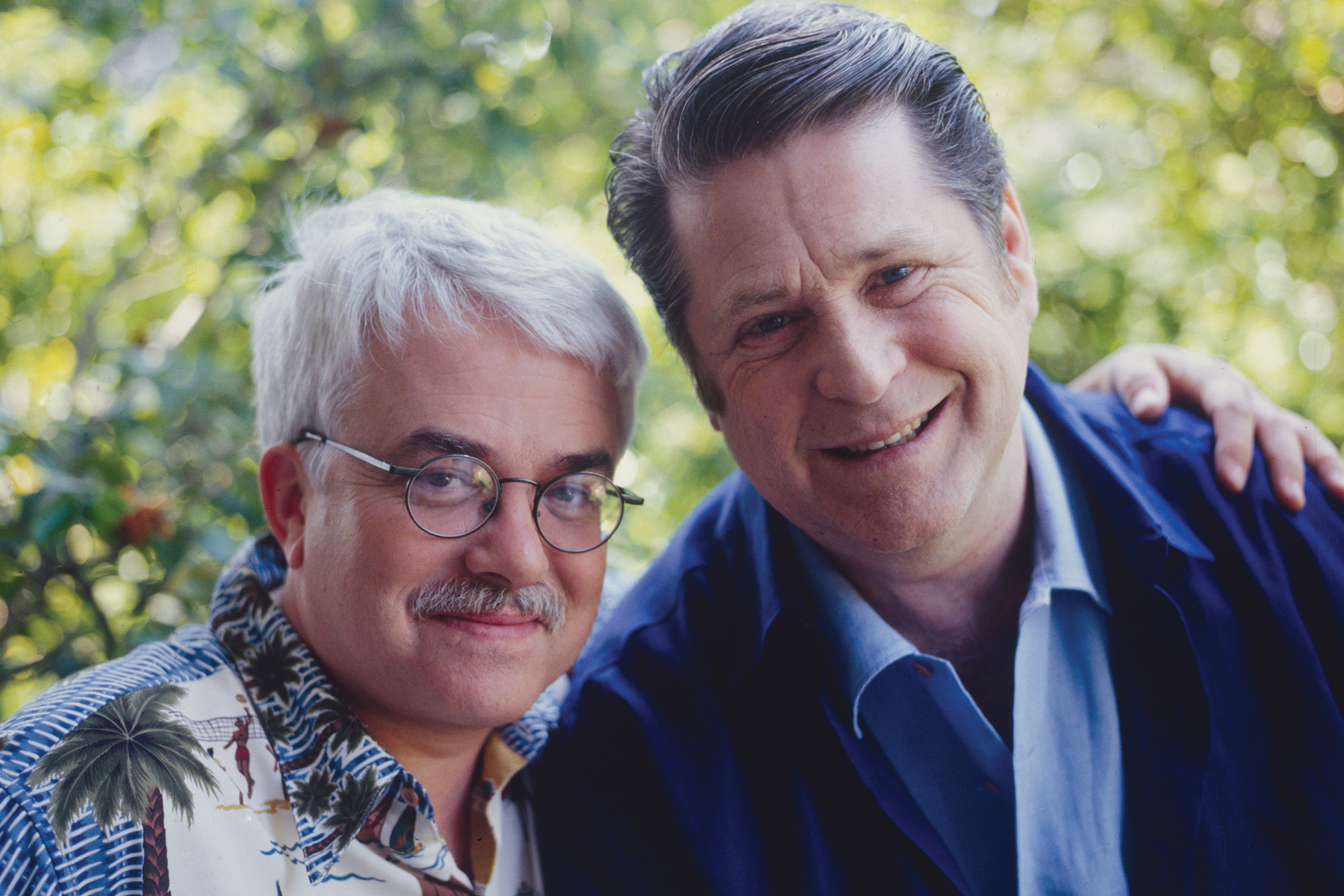 When Orange Crate Art (Omnivore), newly reissued in an expanded double CD or LP set, was originally released in 1995, it was the first time that music legends Brian Wilson and Van Dyke Parks, both known for their distinctive SoCal musical styles, had worked together since Parks collaborated with The Beach Boys on the notorious SMiLE album in the 1960s. Orange Crate Art turns out to be a collaboration that makes perfect sense on paper, if not in actual execution. Unlike say Nilsson Sings Newman, on which Harry Nilsson sang the songs of Randy Newman, having Brian Wilson (whose voice had deteriorated somewhat over time) record a set of Parks’ sophisticated, if meandering, pop compositions presents some challenges. Parks, whose compositions have more in common with Newman than Wilson, produced and arranged the album, and it’s as beautiful as you might expect. You can hear this most clearly on “Palm Tree and Moon”, “My Hobo Heart”, “This Town Goes Down At Sunset” and “Movies Is Magic”. Among the abundant bonus material, you will find three “previously unissued extra oranges” (including renditions of three American songbook classics), as well as a second disc of previously unreleased instrumentals.

“Atheist”, the opening number on Beginners (Anti-), the debut album by Christian Lee Hutson, introduces us to a natural born storyteller. Produced by queer singer/songwriter Phoebe Bridgers (boygenius), the album is modern and youthful Americana at its best. The slight distortion on “Unforgivable” is a perfect fit for the hurt of the lyrics. “Northsiders” manages to be both personal and sly. Hutson doesn’t shy away from pain, as you can hear on “Twin Soul”, “Lose This Number” and “Single For The Summer”, but also possesses a decent sense of humor on “Get The Old Band Back Together”.

You can hear the Nashville in former New England folk singer Glenn Thomas’ new album Reassure Me There’s A Window (Flophouse Palace), especially in the pedal steel twang of the title cut. The same holds true for “Give A Damn”, “Shy Hinges” and “Catherine Ames”. Thomas doesn’t limit himself here, incorporating lush strings on “Initials” and “She Is Leaving”, while cutting loose on pop-oriented numbers such as “Oriole” and “Whaddya’ Know”.

Kellen of Troy (aka Kellen Wenrich) has a wicked sense of humor. In case you didn’t pick that up from his stage name, it comes through loud and clear throughout his new album Vanity Project (Allura Sound). If Father John Misty was based in Nashville, he might sound a lot like Kellen of Troy, especially on songs such as “Don’t You Know Who I Think I Am?”, “I Could Live Anywhere (But Not With Myself)”, “Everyone Loves You When You’re Dead” and  “The Earth Isn’t Flat and Other Fake News”. But there’s more to Kellen of Troy, including a pleasing pop side on the songs “Money Talks”, “Some Tune We Already Know” and “PessiMystics.”

On the title track to his new album Ideal Man (New West), Andrew Combs sings “I covet the coyote/Flashing his teeth/One mission, one motto/A mouth full of meat”, which is one way to set the tone. The remarkable thing is the way the song’s retro country arrangement lures us in for the kill. Combs isn’t completely carnivorous here, and songs such as “Like A Feather”, “Firestarter”, “Save Somebody Else”, “The Stone” and “Born Without A Clue” reveal a sensitive and sexy side to the guy.

Kishi Bashi is the solo project of violinist Kaoru Ishibashi of Jupiter One fame. His powerful and poignant new album Omoyari (Joyful Noise) was inspired by “the turbulent socio-political atmosphere of present- day America”. The album is a reminder of the way that history has a habit of repeating itself, especially from Kishi Bashi’s perspective as the son of Japanese immigrants who arrived in the U.S. after World War II. This is a strongly recommended record, with standout tracks including “Marigolds”, “F. Delano”, “Summer of ‘42”, and the instrumental “A Meal For Leaves”.

If all the singing gets to be too much for you, there’s always the gorgeous instrumental album Goes West (Merge) by guitarist William Tyler. Tyler, who recently did the music for the new Kelly Reichardt (Wendy and Lucy) movie “First Cow”, has a knack for grafting stunning modern Americana tunes, exemplified by “Not In Our Stars”, “Eventual Surrender”, “Alpine Star”, “Our Lady of the Desert” and “Virginia Is For Loners.”