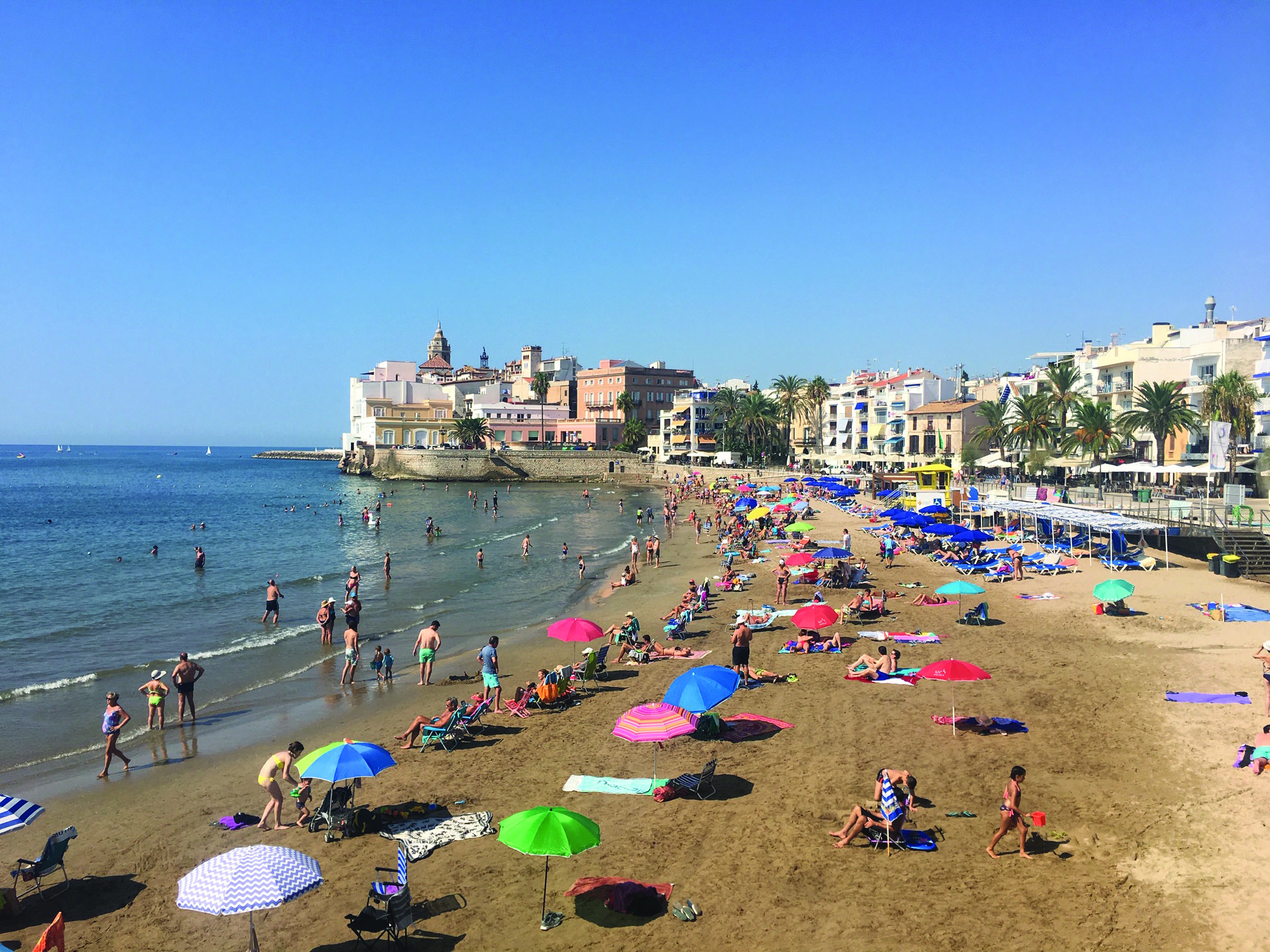 Barcelona is an amazing city filled with famous places, breathtaking sights, and great food. It’s Spain’s second largest city (Madrid is first), it is located in the Catalonia region, and it is the Catalan capital. Its population identity is divided: many identify as Catalan rather than Spanish. The city is welcoming to the LGBT community and it promotes freedom, respect, and tolerance. In 2014 the Catalan parliament passed an anti-homophobia act which punish those who attack members of the LGBT community with heavy fines, in addition to its other laws that punish by incarceration. With Barcelona’s reputation as one of the most progressive cities in Europe, it truly is a safe city for tourists to just be tourists. 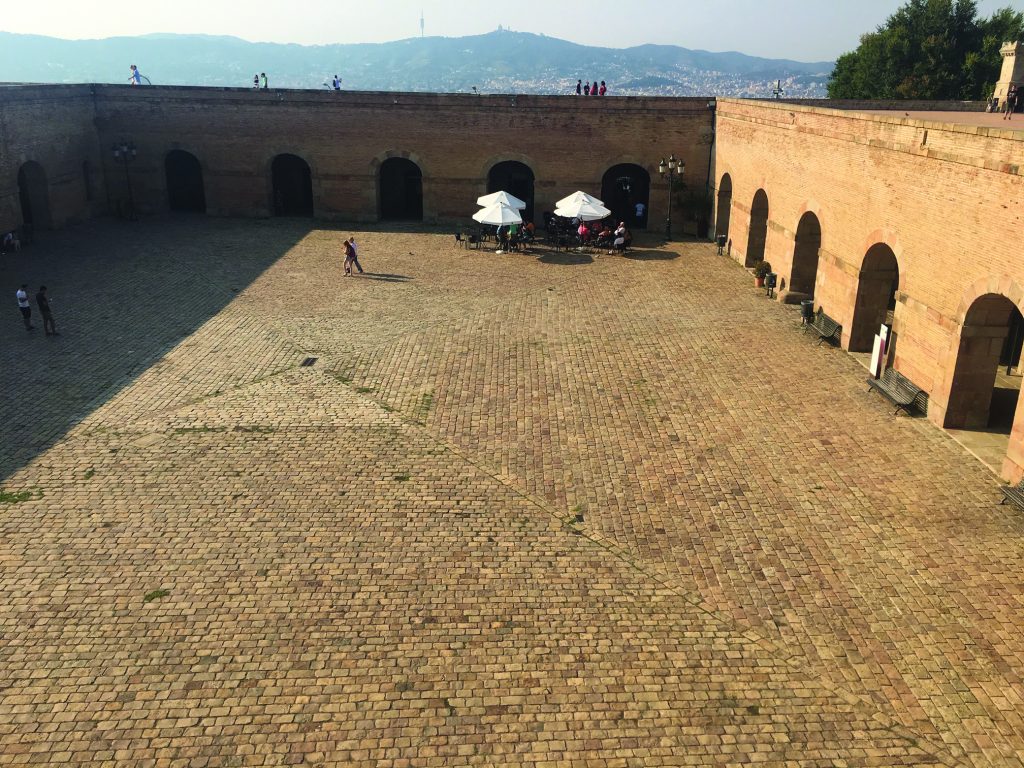 The Basilica de la Sagrada Familia (aka Sagrada Familia) is a popular designation; people flock there to see this architectural marvel as its construction finally finishes. Its construction started in 1882 and it was designed by Antoni Gaudi (1852-1926). Gaudi mixed Gothic and curvilinear Art Nouveau forms in his architectural and engineering style. Gaudi dedicated his life to the building until he was killed by a tram in 1926. It is scheduled to be complete in 2026, exactly 100 years since Gaudi’s death. When the basilica is complete, it will have a maximum height of 564 feet. The interior has five aisles and large columns that reach over 140 feet. Its stained-glass windows provide captivating light that enhances its beauty. 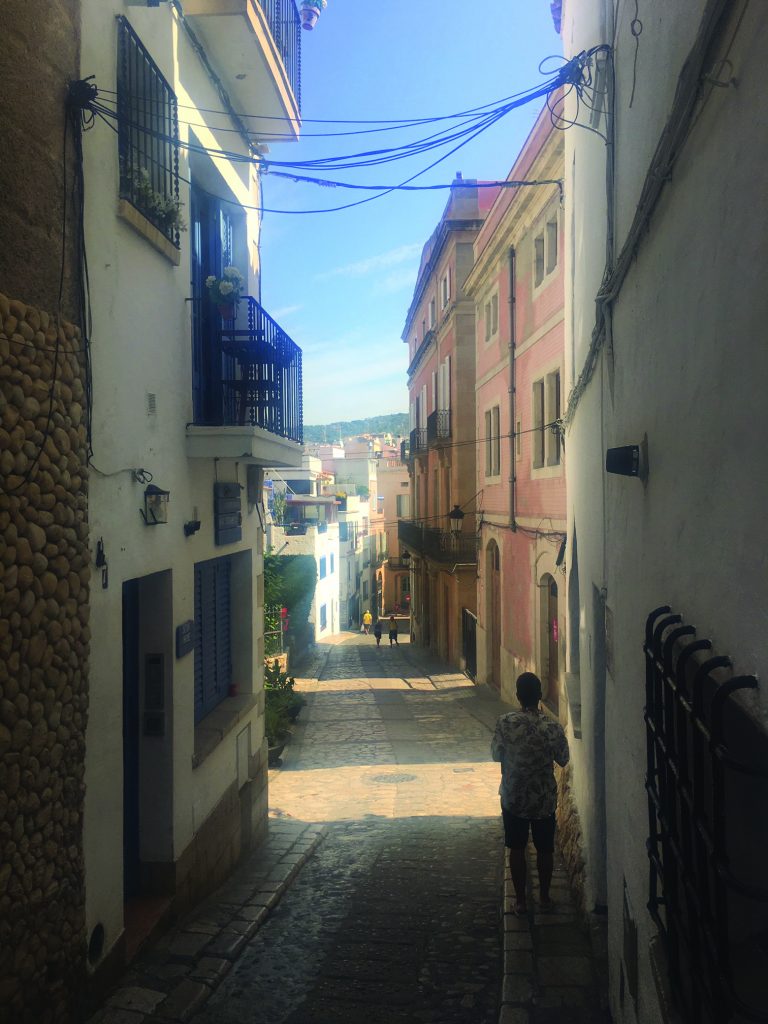 The popular Montjuic Castle sits on Montjuic hill. The cable car ride and the castle’s location offer stunning views of the city. The castle started as a fort in 1640, but with the erection of bastions and battlements it became a castle 50 years later. The Montjuic Castle is infamous in Catalan history books because it was used as a place where political prisoners were imprisoned, tortured, and executed during the Spanish Civil War (1936 to 1939). Today the castle is a military museum and artifacts from the region are displaced and a cozy cafe is available inside. There is a drawbridge over (what was once a moat) a well-groomed lawn with beautify flowers that leads to the entrance. 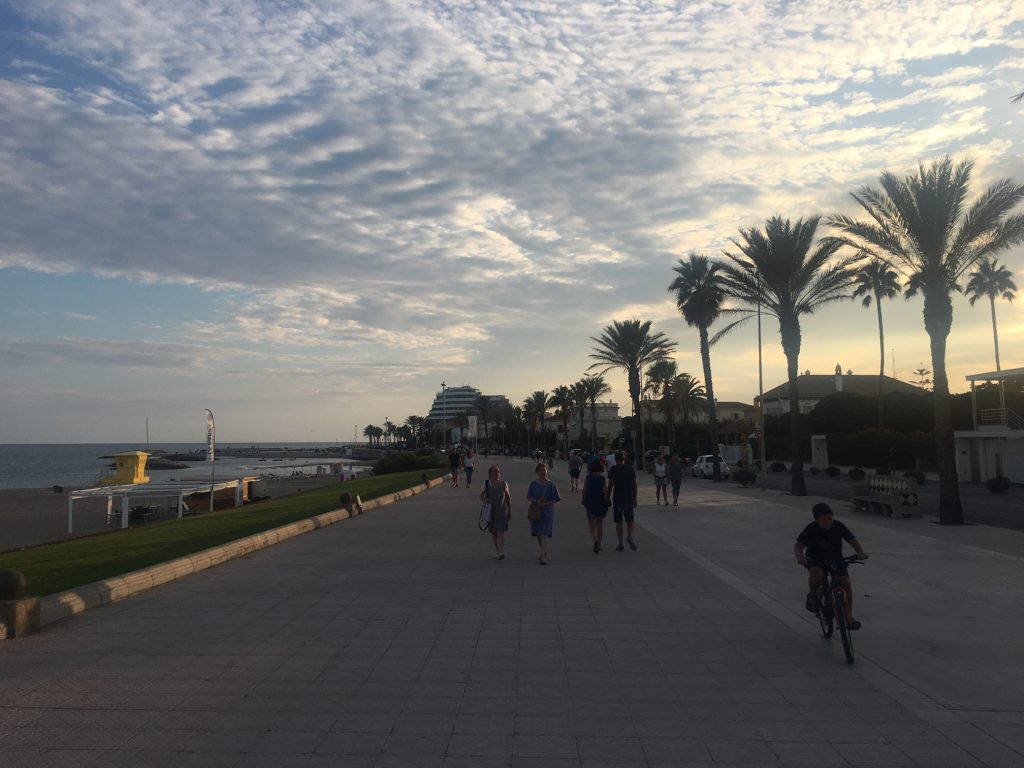 The Gothic Quarter is a historic area that sits in the city center. During the day, tourists flock there to see its history. The quarter has the Roman and Medieval walls and the remains of the Roman temple. The Palau Reial Major, a complex of buildings, was built from 1359 to 1362. The Cathedral of the Holy Cross and Saint Eulalia (aka Barcelona Cathedral) was constructed from the thirteen to the fifteenth centuries. At night, however, the quarter’s mysterious alleyways and enchanting square transform into areas that offer rowdy parties, dive bars, and cocktail lounges. The quarters contain some of the city’s best restaurants and nightlife. 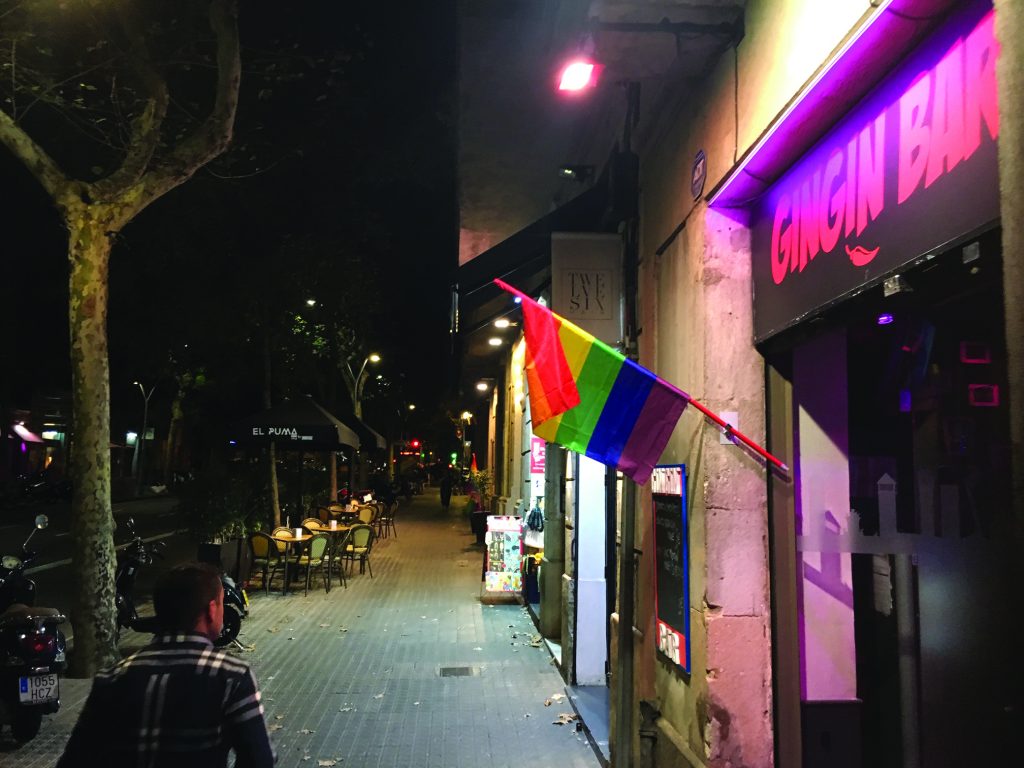 But the party is not just in the Gothic Quarter. The main LGBT area is the Exiample district, (aka Gaixample). The Plata Bar is a unique bar that offers a sun terrace to sip cocktails and meet locals. It is always a cocktail-fueled time when on the terrace. The BoysBar BCN is a small bar that offers a cozy environment with current music hits played in the background. The Moon is a Caribbean-themed bar that offers a taste of the Caribbean culture. Although some may think a Caribbean-themed gay bar in Barcelona is crazy, others may think it is genius. It provides something different for the locals and tourists. 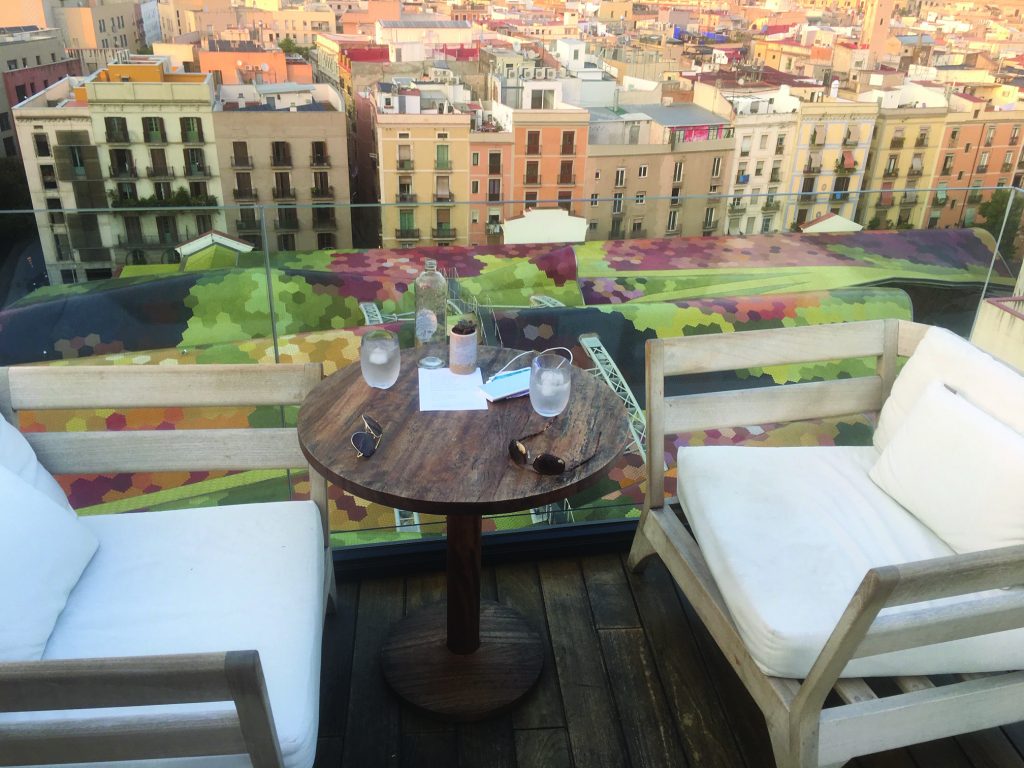 Barcelona shouldn’t be your only stop in the area. Sitges is a coastal town backed by the Parc Natural del Garraf Mountains, and it is only about 50 miles southwest of Barcelona. It is filled with places that cater to the LGBT community. There is no better place to start an evening than in the heart of Sitges; its town square Place Industria. There are gay bars and restaurants on all sides. The Parrots Pub has been serving the LGBT community for over 30 years. It is a popular bar where people start the night. The seats face toward the square, so you get to see the beautiful faces coming and going. The Central Bar, located across from Parrots Pub, serves coffee, cocktails, and desserts. On certain nights it has live music performances. The Montroig Cafe is a bar and restaurant with spacious and shaded space on its terrace. It’s not known for its food, but for the crowds it attracts. Sitges also has LGBT events throughout the summer months: Pride (June 3rd, 2020) and Sitges Bears Week (September 4th to 13th, 2020) where people from all over the world attend these events. So if you are planning international travel in the summer, remember it is better in Barcelona and even sexier in Sitges. 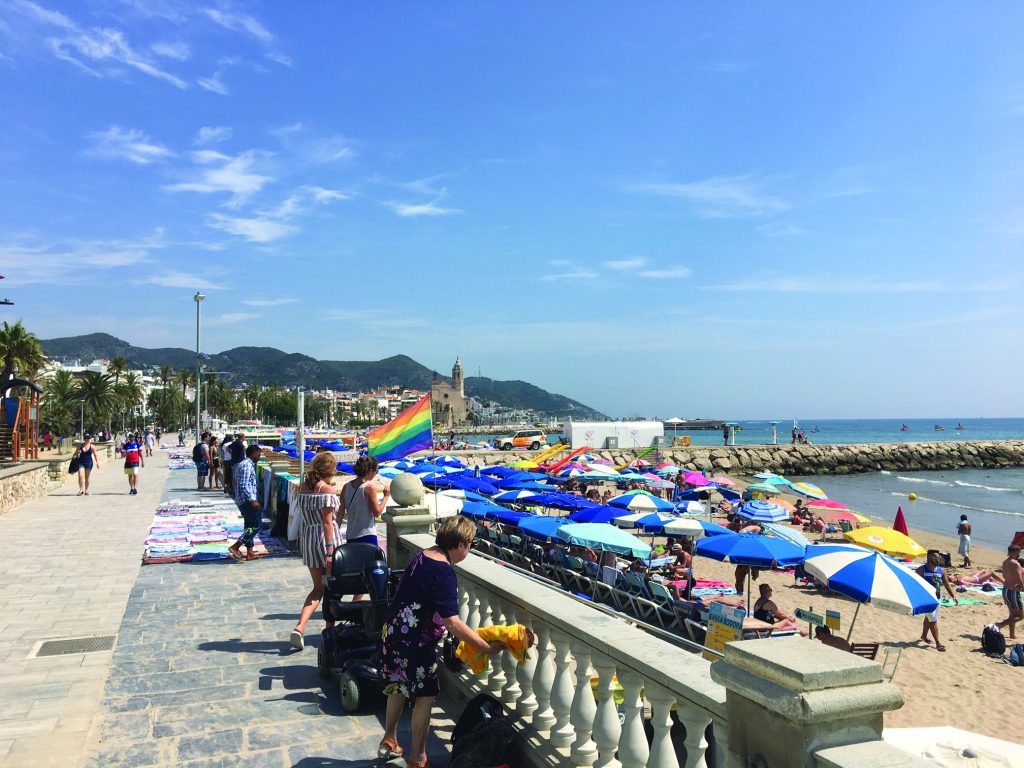