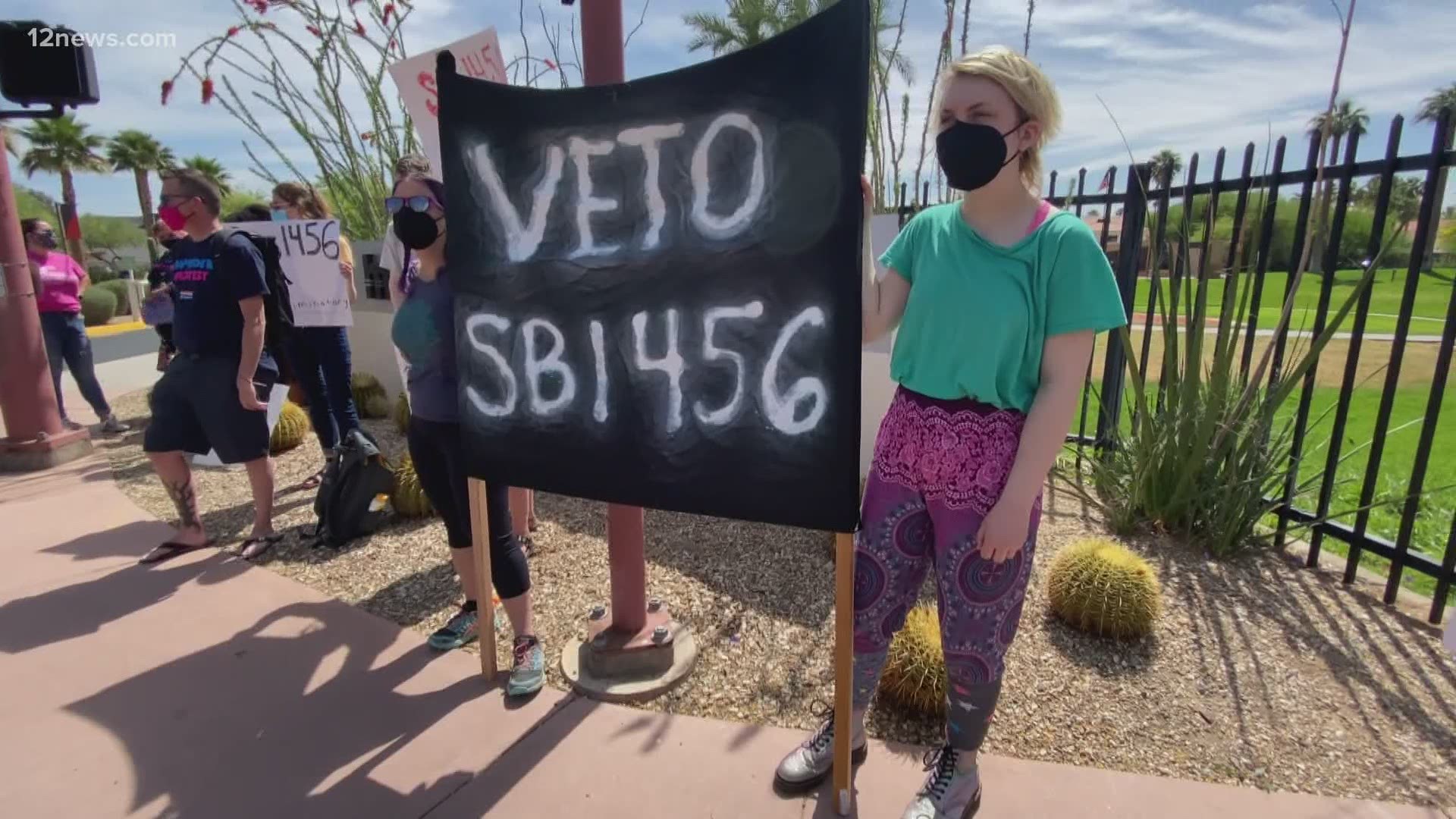 Tucson, AZ – David Reddish reports in Queerty that Republicans in the Arizona state legislature have passed a bill that would allow parents to opt their children out of educational classes which would include LGBTQ history, or sex education topics including HIV prevention. If signed into law, SB 1456 would mandate the “school governing board to develop procedures by which parents will be notified in advance, and given the opportunity to opt their children into, any instruction regarding sexuality, gender identity or gender expression.” It would further require parental permission for students to attend any sex education classes. Sex ed classes for students in the fifth grade or below would be totally prohibited.

Tuscon.com reports that the bill passed the State House on a 31-28 party-line vote. Supporters of the proposed law claim it would ensure parents know what their children are learning in the classroom. Opponents, however, fear that the bill would allow for suppression of queer people and their history, as well as open the door to higher rates of STDs. “It’s clearly meant to highlight that there is something different about gender identity and gender expression,” said Rep. Diego Rodriguez. “And that difference is something that should be feared.” He also pointed out that the proposed law would prohibit discussion of the LGBTQ rights movement, including the Stonewall Uprising and history of marriage equality or the AIDS crisis. The bill would also bar teachers from acknowledging the sexuality of historical figures.

At the time of this writing, it remains unclear if Gov. Doug Ducey, a Republican, will sign the bill into law. Protesters and Democratic Secretary of State Katie Hobbs urged the governor to veto the bill. The passage of SB 1456 comes just two years after the repeal of a law which prohibited teachers from discussing LGBTQ people as leading a “healthy lifestyle,” or saying that homosexuals could have safe sex. Voting on the bill also comes just weeks after the Alabama legislature overrode a gubernatorial veto of a bill that will prohibit doctors from treating transgender youth with hormone or surgical therapy. (Queerty – David Reddish at https://www.queerty.com/arizona-just-voted-ban-queer-history-education-heres-means-students-20210415?utm_source=Queerty+Subscribers&utm_campaign=ab878b1404-20210415_Queerty_Newsletter&utm_medium=email&utm_term=0_221c27272a-ab878b1404-431876119)