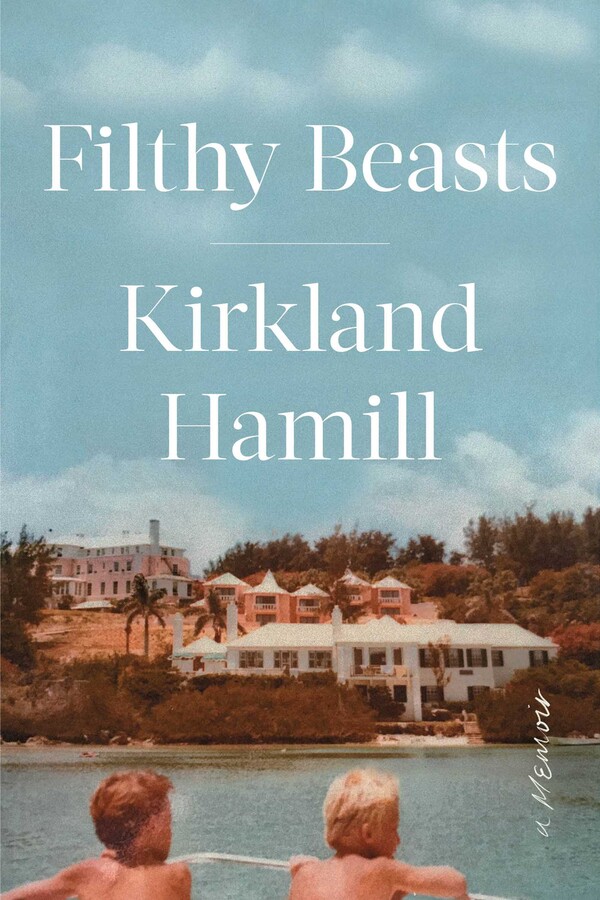 Baltimore resident Kirkland Hamill’s memoir, Filthy Beasts, hits the bookshelves on Tuesday, July 14th.  A tender and heart-wrenching memoir about a family’s fall from grace, a mother’s inner demons and a son’s blind allegiance, Filthy Beasts is a fascinating window into the life of extreme privilege and a powerful story of self-acceptance.  The book recounts Hamill’s unforgettable journey through luxury hotels and charity stores, private enclaves and public shame as he confronts his family’s many imperfections, accepts his unconventional childhood, and finally comes to terms with his own hidden secrets.  Hamill recently chatted with Baltimore OUTloud regarding his upcoming book, as well as his upcoming virtual event with the Enoch Pratt Free Library on July 16th.

Frankie Kujawa: In your own words, could you describe your book for our readers?

Kirkland Hamill: The synopsis is on the back of the book for everybody to read that, but I really wanted to get at the heart of something real in this book.  I wanted to write about how, sometimes, you love people who you don’t like. I wanted to write about how that love doesn’t go away just because they do things that you don’t like. That love is always there, and it becomes a very difficult process of how you navigate through those things. Most gay people have situations where they have to do that; even with family members or friends or even the larger community at large.  You can love people who don’t like you, and what do you do with that love?

FK: What was your inspiration to turn your story into a book?

KH: I started writing little stories and they were family stories that I had been telling for a long time. My brothers and I had been entertaining our friends with these crazy stories about our parents and our extended family. And I started posting those and they started to get a little bit of attention. Nothing major but just some sort of indication they were resonating in some way. For me, I was kind of surprised at their reaction because when I wrote them, I meant them to be funny. I thought, ‘Ok these are just fun little crazy anecdotes, and everybody’s got a crazy family. What I discovered was the reaction was mixed.  Half of the people thought they were hilarious, and half of the people thought they were just like, ‘Oh my God. How are you alive? How are you surviving this? Are you ok?’ And I remember thinking then, ‘Huh? I think I’ve got something more here that I want to say then just relaying funny little stories. So I would say it’s a survivor’s guide, I don’t like that term, but it feels for me aw ay to navigate through really difficult, emotional terrain while still keeping my humor and being able to balance the absurd with the meaningful.  I really wanted to find a way to show that no matter how difficult some of the things that happened were, there was a way to not just survive it but to realize that life really is about accepting the things that you can’t change and elevating of what can be really difficult.

FK: Your story is so honest and so raw.  What gave you the courage to be vulnerable to share your story?

KH: I just decided that, you know in the book that I don’t come out until I was 30. I decided a long time ago, I’m 52 now, that I was not going to be ashamed of who I was. I became very aware just by paying attention that a lot of people really limited their lives and limited their personal freedom of expression and just being able to be comfortable in the world by holding onto things that they were ashamed of.  Everyone does things behind closed doors that they would never want another person to know. All of us are very human, and I just at some point decided that sharing my story was something that I wasn’t going to be afraid of because it almost made me feel more connected to being human. I think I’ve seen so many people struggle in their lives because there’s a part of them that just doesn’t accept their humanity. They don’t accept their quirks: whether it’s their sexuality or the things they like, the things that they’re drawn to. Not accepting those things are the things that I noticed make people unhappy. I became very focused on wanting to live a happy life. I didn’t want anything from the past to hold me down from that goal. I just paid attention to the people that seemed the happiest.

FK: How long have you been writing?

KH: I’ve never written professionally. I had a full-time job working as a fundraiser and a marketing person for non-profits. I had that profession until the end of 2017.  So, my writing was largely, as I say in one of my bios, witty emails to friends. I would go on and on and on and sort of craft little stories. And meanwhile they would write back, “Oh great to hear from you.” So I’ve been doing that forever and it’s the way I’ve communicated to the people closest to me.  Until I started writing those blog stories, I hadn’t written in any professional sense.  I wrote well for work and you have to be a good writer to be in fundraising and marketing.  I practiced everyday at work to a certain extent, but I’ve been writing my whole life but certainly not until ten years ago did I ever think about putting something down and think about someone publishing it. And it took ten years before I got to the point where something was good enough to get there.

FK: Could you tell our readers a little bit about the virtual event lined up with the Enoch Pratt Free Library on July 16th?

KH: I’ve been to book readings before, and I’ve been to presentations where writers were talking about what they had written. And, you know, some of them have been pretty dry. People were reading from their book. I am a tough critic when it comes to going and actually being an audience member in conversations like this. So I’m hoping to reflect what I’ve hopefully demonstrated in the book, which is you know the ability to really connect with the people who come to listen and are interested in the larger things and can connect their own lives with what I’ve written. I’m hoping people don’t necessarily end up asking a lot of questions about me, but sharing a lot about their own lives and how it might connect to my story.  I hope people leave the event feeling like they’ve had a meaningful conversation and that they leave thinking that they’re looking at something a little bit differently than when they entered by virtue of having the ability to share some real life experiences and how other people have navigated difficult situations.  That’s what I hope people come away with that event.