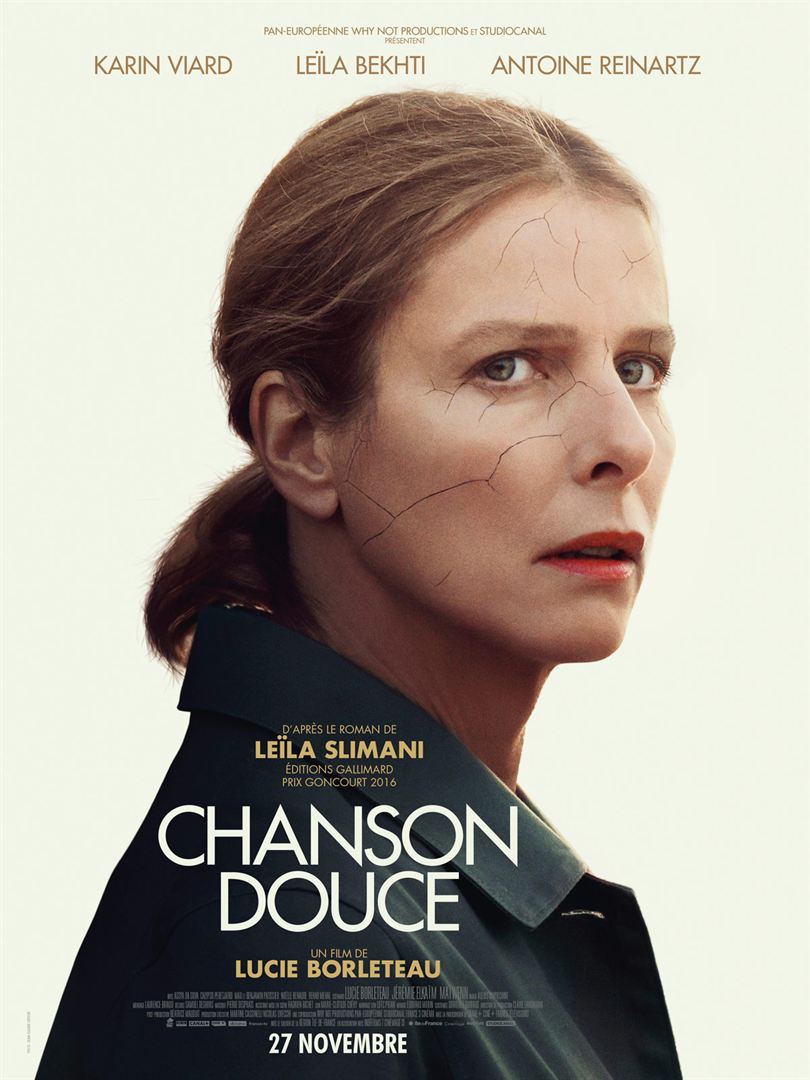 Nannies get a bad rap. As portrayed by Julie Andrews, Mary Poppins may have made nannies safe for moviegoers in 1964, but a year later, Bette Davis changed all that in 1965’s The Nanny. As you might have guessed from the title, The Perfect Nanny (Icarus/Distrib), which shares its title with a song from Mary Poppins, and is based on the bestselling novel by Leila Slimani, is about a nanny who is anything but.
Paul (Antoine Reinartz from the incredible 2017 gay film BPM) and Myriam (Leïla Bekhti) are a young married Parisian couple, the parents of five-year-old Mila (Assya Da Silva) and toddler Adam (played by Calypso Peretjatko and Benjamin and Max Patissier). Paul is a record producer with an extensive vinyl collection and Myriam is a lawyer ready to go back to work after being a stay-at-home mom for a while. Feeling a little guilty about wanting to get out of the house and aware that the cost of a nanny will consume all of her salary doesn’t matter to Myriam. She has made up her mind.
The interview scenes with potential nannies are among the few humorous moments in an otherwise serious and tense movie. Tipping us off that she’s not like the others, the conservatively attired Louise (an intense Karin Viard), with her professional demeanor, arrives early for the interview. A widow with an adult daughter, Louise charms Myriam and Paul and is hired.
Louise makes a good impression right away. She takes a series of public transports to get to work. She arrives at the crack of dawn. She straightens up the messy flat. She keeps an eagle-eye on the kids while at the playground. She makes sure Mila eats every last drop of her yogurt.
But slowly, the cracks begin to show. Some of the games Louise plays with the children have a cruel edge. She is visibly upset when Paul’s mother Sylvie (Noëlle Renaude) shows up unannounced. She throws an impromptu (and unsanctioned) birthday party for Mila. She disagrees with Myriam about the expiration date on food containers. On a seaside vacation with the family, when it’s revealed she can’t swim, there is an awkward exchange with Mila and her parents.
Then things really begin to get weird. When Louise thinks that Myriam might be pregnant, she researches fertility potions on the internet. She rolls around in Myriam and Paul’s bed. She asks Mila inappropriate questions about having a new sister or brother, instilling incorrect ideas in the child’s head. While at the park, having fallen asleep on a blanket with the children, Louise wakes up to discover that Mila has wandered off, and when she finds her, she once again says unsuitable things to the little girl. Another time, Paul comes home to find Mila wearing make-up and yells at Louise.
There are lots more examples of Louise’s bizarre behavior and downward spiral, including making herself at home in their Paris apartment while the family is away and a confrontation with Myriam and Paul about a letter they received regarding Louise’s unpaid taxes. Therefore, it’s not all that unexpected, and no less shocking, when the movie reaches its violent and tragic conclusion. Director Lucie Borleteau, who also co-wrote the adapted screenplay, does an adequate job of keeping the tension mounting and portraying a descent into madness. In French with English subtitles. The DVD contains no bonus material.
Rating: B-