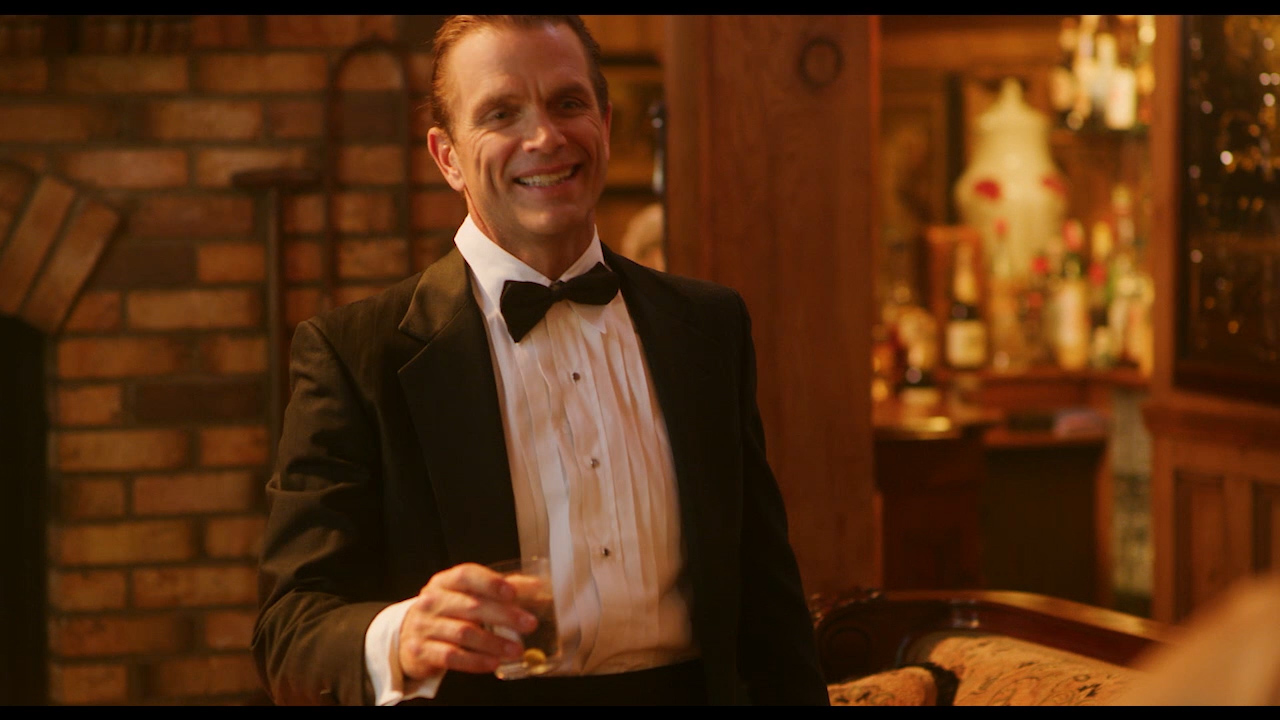 In the Bruce Reisman’s upcoming film As Long as I’m Famous, the interpersonal relationships of stage and screen stars from postwar Hollywood and Broadway’s golden age are explored through the 24-year-old eyes of future legendary director, Sidney Lumet. The film is a fact-based account of a New York summer in 1948, where future luminaries such as Montgomery Clift and Lumet embark on perfecting their craft during their early rise to fame. For film and television actor David Chokachi, his portrayal of professional boxer Gene Tunney demonstrates for audiences that the performer is more than just his good looks.

Having burst onto the acting scene in 1995, Chokachi is best known for racing down the beach each week as “Baywatch’s” resident hunk – lifeguard Cody Madison. Each week, audiences swooned at Chokachi’s killer smile and blond, chiseled features. Over the last few decades, however, Chokachi has built a steady career of roles in which his acting prowess has developed and flourished. Playing professional boxer Gene Tunney, who once held the world heavyweight title from 1926 to 1928, Chokachi had an opportunity to leave an indelible mark on this role.

“I had been wanting to work with Bruce [Reisman] for a long time,” Chokachi began. “I have been a fan of his writing, and when this film came about, I felt I had found the right project.” Chokachi praised Reisman’s ability as a director. “Along with writing, one of Bruce’s talents is he’s a really good ‘actor’s director.’ He made the set super comfortable. So, it was a combination of his writing and my respect for him as both a director and human being that made me want to do this role.”

One of the role’s challenges was the fact that Gene Tunney was a real-life person. Chokachi made sure that he was doing the boxer a service by accurately portraying him and his background. “I did as much research on Tunney as possible, but material is very limited. He was boxing in the late 1920s and ’30s. There are a few video and audio clips of him speaking.” Chokachi explained that as he explored Tunney’s life, he learned more about the boxer’s foray into the entertainment industry. “The guy was basically a boxer, but he was also a man who was very interested in the creative world. He was fascinated with these actors and directors on Broadway, as well as writers such as Hemingway. As much as Tunney was fascinated by them, they were fascinated by him and his creative ability. Throughout these scenes in the movie, he is surrounded by these movie stars and Broadway directors and actors. One would think that would be intimidating, but there stands Gene Tunney, this good-looking dude who is able to hold his own intellectually with all these artists.”

Chokachi dove into the Tunney role head-on and found the challenges he faced as an actor only helped him to perfect his craft. “In the movie there’s a scene where I’m in a mental hospital and have a breakdown. Gene Tunney’s parents, in real life, immigrated from Ireland to the Bronx. There is this scene where I had to revert to this thick Irish brogue, and that was challenging. Anytime you take on an accent, you don’t want to do it half-assed, so I spent a lot of time working with a dialogue coach. I also spent a lot of time in rehearsals and tried to get that accent down as close to perfection as I could.”

Chokachi’s work ethic shines through in the results. “Bruce [Reisman] demands a lot of you as an actor and he’s going to push you to your limit and beyond,” he says. “I love when I’m challenged emotionally and spiritually, and I knew going in that this role was going to be tricky. At first I was intimidated by the extensive rehearsal process. Today when you do television or film the rehearsals don’t even happen, or they’re very short. For me, I’ve always been the type that knew my lines, jumped on set and started ‘doing my thing.’ However, for this movie, the rehearsals meant eight or nine hour days. But the great thing was that after the first day, I was so into it and was invested that by the second day all this emotional range started coming out of me. I found that even though I was doing the same scenes over and over, I wasn’t getting tired. It really opened my mind, as an actor, to what you can discover when you’re allowed that rehearsal process. We went and rehearsed in many of the locations, and that allowed for us as performers to really get in there and build that organic chemistry. Out of all the roles I’ve done, maybe with Witchblade, this was one where I felt that this film could really go somewhere and was really special.”

Throughout the film, Chokachi’s Gene is entranced by the gorgeous Nedda Logan (played by Camille Montgomery), the wife of Broadway legend Joshua Logan. Their passionate affair ignites the screen, even though both Tunney and Logan were married to other people. “Back during this time period there were a lot of these side relationships,” Chokachi explained. “They have significant others, but they’re not in love with them. Their relationship is so simple and so beautiful, and there is so much love between the two of them. They are both human beings conflicted about having love for another person when they have someone else in their lives at home. They struggle with that through the whole film, and the guilt Gene feels cheating on his wife. They know the game they are playing is dangerous, but their love transcends the rule of monogamy.”

As the conversation turned towards the fact this film begins with the early careers of some of Broadway and Hollywood’s creative powerhouses, Chokachi reminisced about his own rise to fame. “If I could go back and talk to that David who was just starting out in this business I would tell him to stand his ground a little more and not to put so much value on the feedback of others. I feel like in the last couple of years that I’m hitting my stride as a human being. I think I’m doing the best work I’ve ever done as an actor. It took me years to find out who I am, believe in who I am, and have the confidence to stand up for myself, as well as have my priorities and my perception right. I was 24 years old when I was on ‘Baywatch,’ and I had done a lot of things before then, but it takes a while to hit that stride. I put a lot of pressure on myself to do bigger projects, and that wasn’t healthy. Now that I have a daughter I realize that I don’t have to go into a room and do a project if I don’t like it. I think if I could take the wisdom and life experiences that I have now and implant them into myself at 24 I would have come out of the gates better. It takes time to learn how to be a good actor – it’s not an easy craft. I studied my ass off with a bunch of acting coaches then, and still work with a coach now. I would shoot ‘Baywatch’ during the day, workout at the gym, then work with my acting coach at night and I repeated that process for two years.”

As the interview continued, Chokachi’s excitement and passion for this film became obvious. “It’s because of what I felt on set and how I felt after I watched the movie. It’s unlike any kind of movie I’ve ever seen. It’s the kind of movie that gets people talking.” Chokachi added, “For me, it’s a complete departure from ‘Baywatch.’ I loved ‘Baywatch’ and it was the best thing at the time and I have nothing against it. This [opportunity] is rewarding for me; to have a role that is a complete opposite for me. A role where they normally wouldn’t cast me, and then for me to deliver what I was able to deliver in this role – I’m super proud of what I did and what all the actors, Bruce, and the crew achieved. I’ve done a ton of stuff, but this stands out from all the work I’ve done on film and TV. This film has a uniqueness and it makes you feel in a way that you normally don’t get to feel when you watch a movie. I really believe we have something special here.” As Long as I’m Famous will hold a charity premier and screenings in February 2019, followed by a limited release in select theatres. For more information on the upcoming film, visit Broadwoodmedia.com.