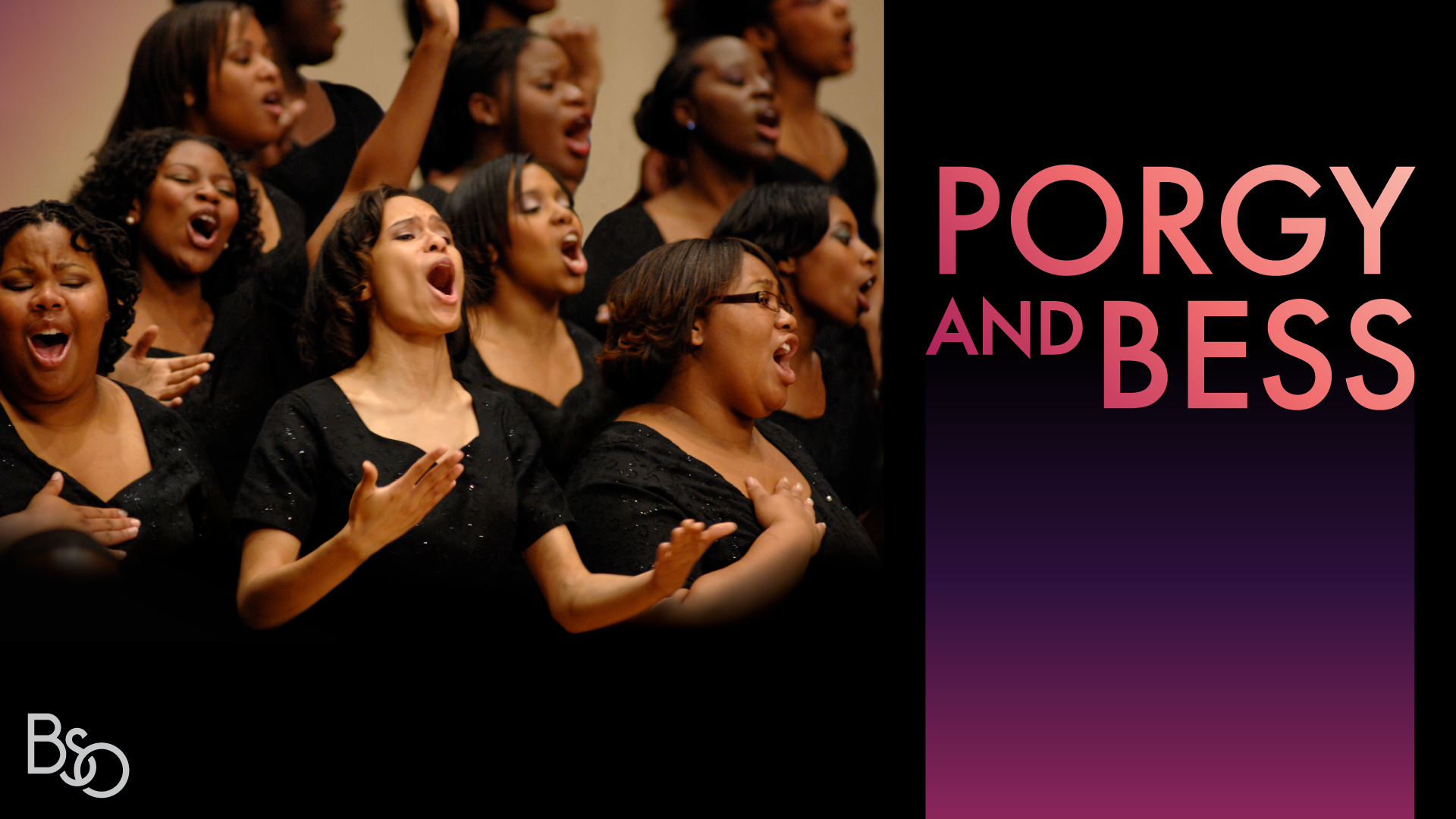 According to Dr. Eric Conway, “Porgy and Bess is ‘the’ most beloved America opera. One is reminded of the strengths and frailties of the human spirit via a lens of beautifully written and orchestrated music.” From April 12th to 14th,, experience the marvelous music of George Gershwin as it is performed by the Baltimore Symphony Orchestra (BSO) and the Morgan State University Choir.

Porgy and Bess opened in 1935 and has remained a staple in American music ever since. As director of the Morgan State choir, Dr. Conway guided the group to put its own spin on the music while staying true to Gershwin. “Beyond having incredibly strong and beautiful voices, students in the choir typically sing with abandonment, which connects the audience to the choir more than most,” he says. “The Morgan choir has not performed this piece in three years – since 2016. Many are excited to sing it for the first time. The music has always been very satisfying. I would say that the chorus in Porgy and Bess is more important than in any other opera. The choir knows how important its role is and approaches it as though we were one of the principal singers.”

There are many different adaptations of Porgy and Bess – for stage, film, television, radio. For this performance of the opera, the BSO will put their own spin on it. “Many orchestras have ‘concert’ versions of the opera,” says Dr. Conway. “The BSO does something slightly different: presenting a semi-staged version. There may not be a huge theatrical set, however, the performers and chorus will give some movement on stage to give the audience some semblance of the fully-staged opera.”

For Dr. Conway and the choir, performing with the BSO is an exciting opportunity, and attendees will be able to feel their energy from their seats. “The BSO is a world-class ensemble. I like for my students to see music making at the highest level. Often, after an experience like this, the students tend to elevate their craft, seeing first-hand what it takes to perform on a professional level,” says Dr. Conway.Porgy and Bess will be performed at the Joseph Meyerhoff Symphony Hall on Friday, April 12th and Saturday, April 13th at 8 pm and Sunday, April 14th at 3 pm. For more info, visit BSOMusic.org or call the box office at 410-783-8000.