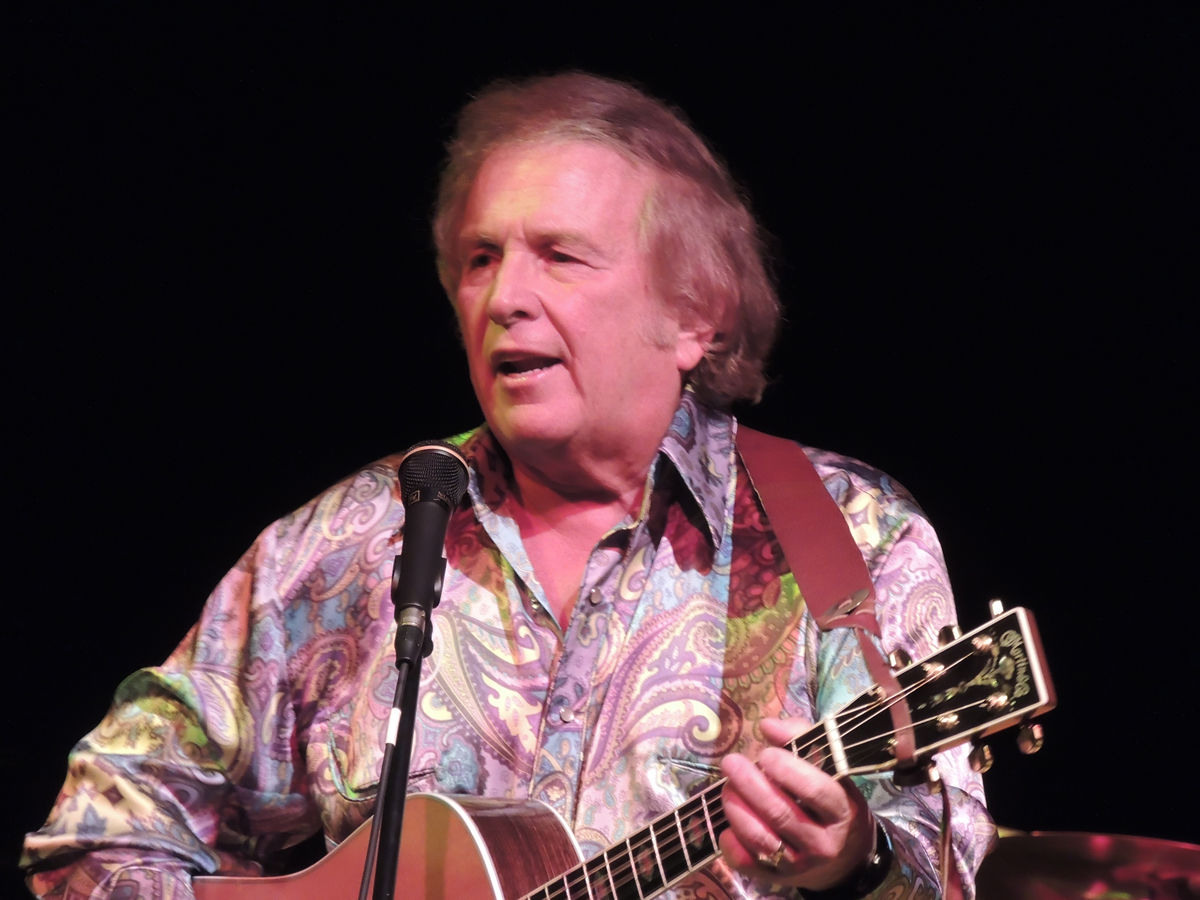 “American Pie,” written and recorded by Don McLean, is one of the most enduring songs of the last 50 years. Described by McLean as simply being about America, it’s as famous for its irresistible chorus as it is for its many references to pop music icons. McLean also wrote several other tunes that have become a part of the American songbook, including “And I Love You So” and “Vincent.” I spoke with McLean about his career in advance of his concert tour.

Gregg Shapiro: I’d like to begin by congratulating you on the addition of your 1971 hit “American Pie” to the Library of Congress’s National Recording Registry in 2016. What does such an honor mean to you?

Don McLean: Thank you! I never know what to do about honors. I never thought I’d receive that honor in my life, and I’ve had a fairly good amount, let’s say. I was looking to make a living. As time has gone by, I guess “American Pie” has lasted all these 40 or so years. Now the government is awarding me things. I’m being noticed as a historical figure, I suppose. It makes me feel proud. It makes me feel old. It makes me feel that I gave something to people that they could use and enjoy. That’s what I started out to do.

“American Pie” came out in 1971 and a couple of years later, George Lucas’s movie American Graffiti was released. Would you agree that both your song and Lucas’s movie are examples of how music and nostalgia are so often inextricably linked?

“American Pie” isn’t really about nostalgia. “American Pie” is a song about America. A nostalgic song is a song that is no longer relevant but it is resurrected in order to make people remember how things used to be. I don’t think of the Beach Boys’ music as nostalgic. To me, it’s powerful American music. It’s timeless. One of the things about a nostalgic song is that it’s time has come and gone, so it brings you back to that time period it represented. I can see why people would say that any old song is nostalgic. My goal is not pure entertainment with the song “American Pie.”

What was your reaction when you heard there was going to be a movie called American Pie, a name that referenced the title of your song?

I didn’t realize that the movie would be crass or the kind of movies they turned out to be. I didn’t have any choice. The administrator of my songs is Universal Songs and the people who put the movie out was Universal Pictures. Basically, they gave me the brush off. They said, “We’re going to use the song. Here’s a few bucks.” I waited a while and then hired a lawyer. I ended up paying a lot of money. They ended up referencing my trademarks in every movie. That helped me a lot to keep people from using “American Pie,” which is trademarked, as is my name, “the day the music died,” “Bye, bye Miss American Pie,” and “Starry, starry night.”

What did you think of Madonna’s cover version of “American Pie” from the movie The Next Best Thing?

I thought that Madonna gave the song a huge shot in the arm. It made all these young kids come out of the woodwork. I had a beautiful four- or five-year period where the song was relevant to young people. It’s all part of the history of the thing. Madonna is a major artist in the world of entertainment and music. To have her do a song of mine was an honor.

While we’re talking about cover versions, your song “And I Love You So” was covered by Elvis Presley, Shirley Bassey, and Perry Como, among others. As a singer/songwriter what does it mean to you when one of your compositions is embraced by other singers in that way?

It’s always amazing to hear Johnny Mathis, or someone like that, do “And I Love You So,” because he has such a unique style. He has that echo chamber in his mouth and he does that song and it knocks you out. Elvis knocked me out with his version of “And I Love You So.” He performed it every night for the last year of his life. It was the last song he ever recorded; it’s the last track on the Elvis in Concert album. It was the last release during his lifetime. Elvis was, of course, a huge influence on me especially. To feel that I gave him something that made him feel good and happy and gave him something back is a thrill.

My personal favorite is Jane Olivor’s cover of “Vincent.” Do you have an all-time favorite?

I love Fred Astaire’s version of “Wonderful Baby.” That’s probably my favorite cover. Of course, I love Elvis’s “And I Love You So.” Cliff Richard did a good job on “Empty Chairs.” Pearl Jam used to do “American Pie,” too.

After performing some of these songs in concert for more than 45 years, what’s the trick to keeping them fresh for you and for the audience?

The thing you have to learn as a young performer, you think that the audience really cares about you, but they don’t. The audience likes what you do, loves what you do. But they come to see you to forget their troubles. So, if you go onstage and start to sing in a bad way and talk about your divorce or your cat that died or whatever, it’s going to get really old with them. They paid a babysitter and parking and took their girl out to dinner. They don’t want to hear your troubles. In that sense, they don’t care about you. Your job is to go onstage and be a professional and put everything you have into every song you sing, and completely focus your attention on that performance. When it’s over, you can go on worrying about your cat or the disease you have.

How much of the material in your concerts are the classics versus new material?

It’s about 60/40. I do whatever comes to mind. I have thousands of songs in my head. I have hundreds that I’ve written. I’ll sing songs that are obscure off an album somewhere, and then also do the five or six or eight songs that people want to hear. Especially “Vincent,” “American Pie,” “Crying,” “And I Love You So,” “Castles in the Air.” “Crossroads” is a very big song in the show. If you go see the Rolling Stones, you expect to hear “Satisfaction.” If you don’t, you’re going to be mad [laughs].

When you meet fans after the shows, are you finding new and young faces mixed in with those who have been following you since the beginning?

Music biopics are still quite popular. If there was a biopic made of your life, who would you want to have portray you?

[Big laugh] I was going to say Steve Buscemi, but I’m kidding. He could portray some of the kids I knew in high school. I’m a weird bird.