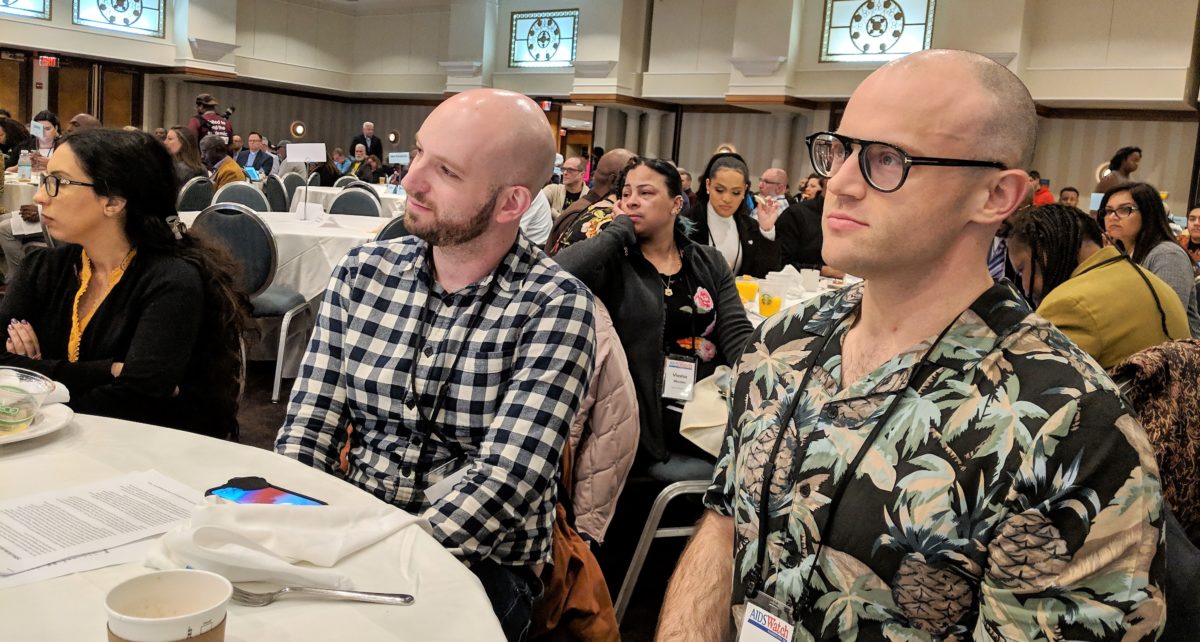 Advocates pressuring the Centers for Disease Control and Prevention (CDC) to claim royalties from sales of “Truvada as PrEP” report “strong interest” in congressional hearings on the growing controversy, based on visits to the Hill between HIV advocates and their elected officials and staffs. The CDC owns patents to the use of Truvada as PrEP and has been criticized for not claiming what could be billions of dollars in royalties from Gilead, the manufacturer of Truvada.

“Senior health policy staffers have a strong interest in claiming the money the CDC has left on the table,” said James Krellenstein, part of the #PrEP4All contingent that attended AIDS Watch, an annual event sponsored by AIDS United of lobbying between HIV advocates and their elected congresspeople. “The CDC paid for the development of Truvada as PrEP and owns the patents, yet has not collected a dime from Gilead. We, the American taxpayers, are entitled to these royalties. They could easily fund our national response to the HIV epidemic. Everyone in DC is scrambling around this time of year, trying to find money for their line item or program, and here we have a massive amount of royalties left unclaimed.”

The controversy was first reported in a front-page story in the Washington Post on March 26th, and has accelerated since then, including in multiple stories in the New York Daily News.

“The money to fund HIV prevention and treatment programs is staring us in the face,” added Nicholas Faust, another #PrEP4All advocate. “So yes, in meetings with health policy staffers today, their eyes were lighting up. A lot of the HIV advocates on the Hill today suggested holding congressional hearings to find out why CDC won’t claim money, but in some cases, it was congressional staff who mentioned it.”

On Monday, Dr. Robert Redfield, director of the CDC, was quickly hurried out of an AIDS Watch plenary meeting after his speech was repeatedly interrupted by activists who objected to his ignorant language (he discussed “clusters of infected people,” which is insulting to people living with HIV) and his refusal to discuss why the CDC will not claim billions of dollars in potential royalties from Gilead. “If Gilead thinks this story will fade away after Dr. Redfield was heckled off the stage at AIDS Watch, they would be mistaken,” James Krellenstein said. “(Gilead CEO) Daniel O’Day better press his suit. He might have a hearing to attend soon.”