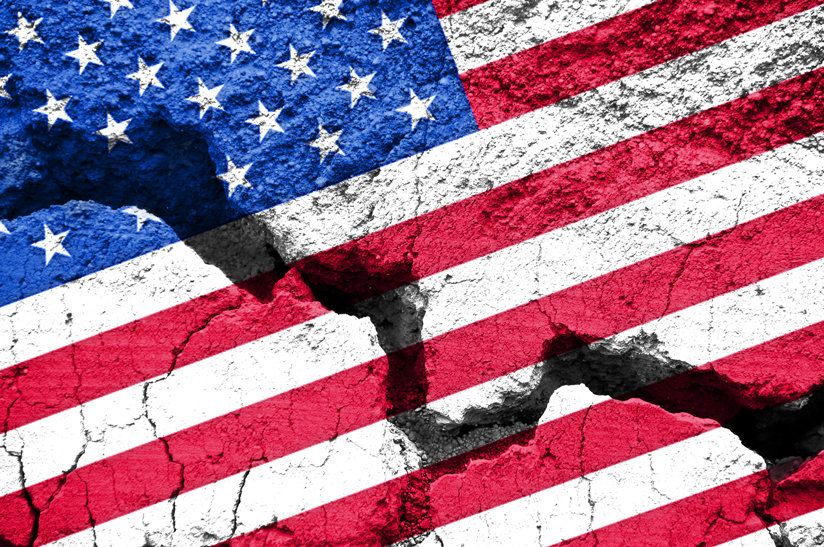 When I was seventeen, I had an experience while white-water rafting. A brush with drowning that left me showering facing away from the stream of water for a solid decade, and an uneasy reality that comes from learning that contrary to what you convince yourself, the horrible things that happen to strangers across the globe, can happen to you in an instant. An eventful fourteen years later, I find myself feeling very similar to how I did when I was plucked from the water, and able to take the first deep breath of just air, after gulping down more river water than a fish.

We decided Tuesday when it was clear that the race was not going to be the easy time that polling had it as, that we were going to up and leave WV for the night. West Virginia, in true form, voted for a straight red ticket that included known domestic violence assailants, as well as folks from other states who literally attached themselves to the GOP, which all but assures a victory in coal country. After a respite in Annapolis with some wonderful company, and the feverish checking of a handful of counties I had never heard of in Georgia and surrounding the Philadelphia area, I slowly felt myself bob towards the surface. When I exhaled Saturday afternoon, I was over-joyously numb. Everything was surreal, until I finally let out tears of relief that evening.

I remember learning about the policy of Détente with Eastern bloc countries during The Cold War, and wondering how that whole era felt. The era where you could feel the hostility between parties, and cut the tension with a knife, but everyone at the table knew that without cooperation and just enough trust to sleep at night, the entire world would end in mutually assured destruction. I was just learning to walk and talk when the Berlin Wall fell, and while I have seen the images and videos, and felt the shadow of The Cold War during my childhood, it is not the same as feeling it. The meme about being over living through significant historical moments is not lost on me, as I am grateful my hair had already grayed prior to the last four years. If I had to describe how I feel about the next seventyish days, and the transition and immediate future following it, the word détente is what comes to mind.

It is probably for the best that my revitalized plans for graduate school aligned with me wanting to be behind the scenes of public policy and political and societal platforms and energies, because if it were up to me, I would leave everyone who has spent four years clambering about less government and less comradery out in the cold. That whole elevating of Justice and Liberty to proper noun status, and the idea that choices have consequences tenants of my being, make it hard for me to extend an olive branch to people whom I have had read debate my existence and validity as though I am literally not out here existing. I know that sometimes my black and white view of things makes it hard for me to forgive, and in light of the divisiveness of this country currently, it is a good thing for our nation that I am merely writing about the process of traversing and reducing that divide, instead of expected to cross it myself.

Nevertheless, I know that we have to. We cannot survive as a republic, as a nation, powerful or not; if we are unable to stitch closed the chasm that has ripped through the very fabric of our culture and society. If COVID has any silver lining (it does not) it might be that being unable to gather for Thanksgiving this year might keep families from screaming at each other until we have begun to come together. I will never concede that I have the inalienable right to exist. To be respected as the gender I am, and have that reflected legally and socially in all aspects of my life. I will never back down from the conviction that the color of my skin is nothing more than literally the color of my skin. It is not a reflection of my character, my integrity, nor should it act as a label for anything other than my ease at enjoying outdoor activities without worrying about my skin blistering. A person should have full bodily autonomy, regardless of reproductive organs and religious influence.  I whole-heartedly believe that at its core, a government exists to protect and ensure the safety of all of its constituents, and anything less is a failure. I believe we have a debt to the planet to do everything in our power to ensure its survival, and if that means correcting our way of life to benefit the planet and all of its inhabitants, then so be it. Other than those few yet mighty convictions, there are very little caveats that I am not willing to listen to another viewpoint than my own. As much as I know about existing while trans, I know very little of life for rural farmers, and to put myself before them is to be no better than the regime we are leaving in the dust.

We enter a period of American détente. Where the survival of our country, our united fight against COVID will only be successful if we cross the chasm while keeping our ideals firm to our chests. The uncertainty of what waits around the river bend is daunting, but we have already bobbed up to the surface from the deep many times before. In the time it will take for the leaves to return in the spring, we will have hopefully begun to heal. To listen again. To remember what makes us united and not divided. Together we can. Together we must. For country and for self. “Ad astra per aspera.” Through adversity to the stars.