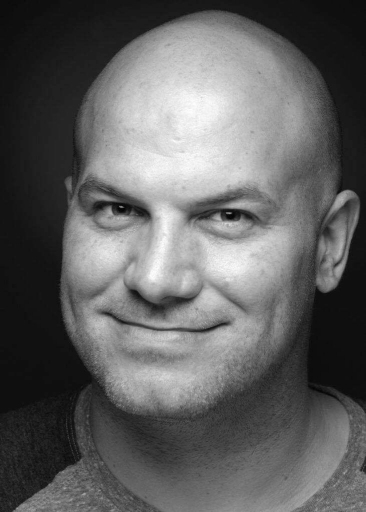 Young Frankenstein, the musical based on the hilarious 1974 horror comedy from the comedic wit of Mel Brooks, electrifies Toby’s Dinner Theatre this month. Running from January 11th to March 11th the musical reimagining of the Frankenstein legend follows young Dr. Frankenstein and Igor as they attempt to create a monster, but not without scary and hilarious complications.

Christopher Kabara, who plays The Monster, recently sat down with Baltimore OUTloud to chat about the upcoming performance. “Well … I’m dead,” laughs Kabara as he begins to describe his character in the production. “I start out in the show no longer living, which is probably the best way to put it. Because of Fredrick’s passion and discovery of his family’s passion to brings something back to life, he pools all his resources as being a brilliant brain surgeon and creates life in his grandfather’s laboratory. And as they say in TV Guide – whacky hijinks ensue. I get to come to life, and it’s like being born every night on stage. I have to learn how to walk again. I get to learn how to love and get to a be a good person, going through various random events that happen.”

Kabara studied theatre while attending the Baltimore School for the Arts in downtown Baltimore. “We were all crazy and passionate because it was like going to a conservatory for high school.” After graduation, Kabara attended the musical theatre program at Syracuse University for a time, but eventually left to pursue local community theatre. “I began to audition for larger things around the country, and then eventually moved to Los Angeles where I auditioned left and right for television and film. The last thing I auditioned for was the first national tour of Hairspray. The audition was a blast, but they told me I wouldn’t get a role because I was bigger than everyone else. They said, ‘No one would believe you are a teenager.’” Kabara went on to explain that he took a break for 15 years.

“I completely stopped everything theatre and went into retail. I climbed that ladder and became huge with that company. Then, my husband at the time died. I realized that I missed doing theatre. My friend dragged me back to assistant-direct a show and from that I went from White Christmas to doing Sweeny Todd [both at Laurel Mill Playhouse], Thoroughly Modern Millie [Heritage Players], and then Young Frankenstein [Heritage Players] about a year ago. Adding Totally Blonde, Cry Baby [Silhouette Stages] and here I am today at Toby’s!”

For Kabara, he genuinely is very selective in the roles that he chooses to play. “One of the things that drew me away from theatre and that lifestyle is that you’re always having to have this massive passion and drive to be busy and always looking for your next role. When I came back, I decided that I wanted to do stuff that I really wanted to do, not just to keep busy. I have a very full-time job which I enjoy, and I get to do this because I absolutely love it. The parts and the people I work with, that’s what’s important for me.” Kabara adds that he is very excited for this Toby’s production. “Audiences can expect to laugh, have a good time and fall in love with these characters.”