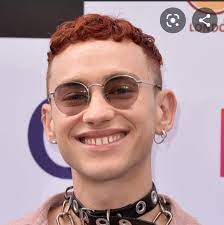 London, England – Josh Milton reports for Pink News that Olly Alexander has vowed to be even sexier after the Years & Years BBC New Year’s Eve concert courted complaints for being “overly sexualized”. The British singer, 31, hosted The Big New Years & Years Eve Party on BBC One with guests Kylie Minogue and the Pet Shop Boys. But apparently, Alexander’s sheer beauty was simply too much for some viewers to handle – 179 of them to be exact. According to Metro, the broadcaster was slapped with complaints from pearl-clutching viewers. “179 people complained I was too sexy,” the It’s a Sin star tweeted on January 12. “Gonna aim for 200 next time.” It handed Alexander an easy New Year’s Resolution – next time, be even sexier.

BBC shrugs off Years & Years complaints from prudish views in a public response. “We’ve received complaints from viewers unhappy with some of the content in the broadcast as live concert,” a statement read. “The event and the staging of this late-night show is intended to be a celebration for all and we hope that for the majority of viewers watching. “The tone of the overall concert remained within general audience expectations.”

The Big New Years & Years Eve Party managed to beat Olly Alexander’s own expectations, who was over the moon to get to perform with Kylie Minogue and the Pet Shop Boys. “The Kylie Minogue,” he told the BBC. “Superstar. Legend. I first met her in 2015 when we supported her show. “Over the years I’ve kind of wheedled my way in so that I’m actually her friend. We did our collaboration, ‘A Second To Midnight ‘, which is just perfect for New Year. We’re going to be doing it right before midnight.” Alexander ended his year performing the Pet Shop Boys’ number one 1987 hit, “It’s a Sin”. In January last year, Channel 4 aired its groundbreaking drama of the same name, starring Alexander and written by the acclaimed Russell T Davies. It charted the lives of a group of friends navigating life in 1980s London amid whispers across the Atlantic of a devastating disease that would soon dominate their lives. The five-part show – one that came close to never even happening – ended up becoming Channel 4’s most binged series ever. (Pink News – Josh Milton at https://www.pinknews.co.uk/2022/01/13/olly-alexander-years-years-sexy/)