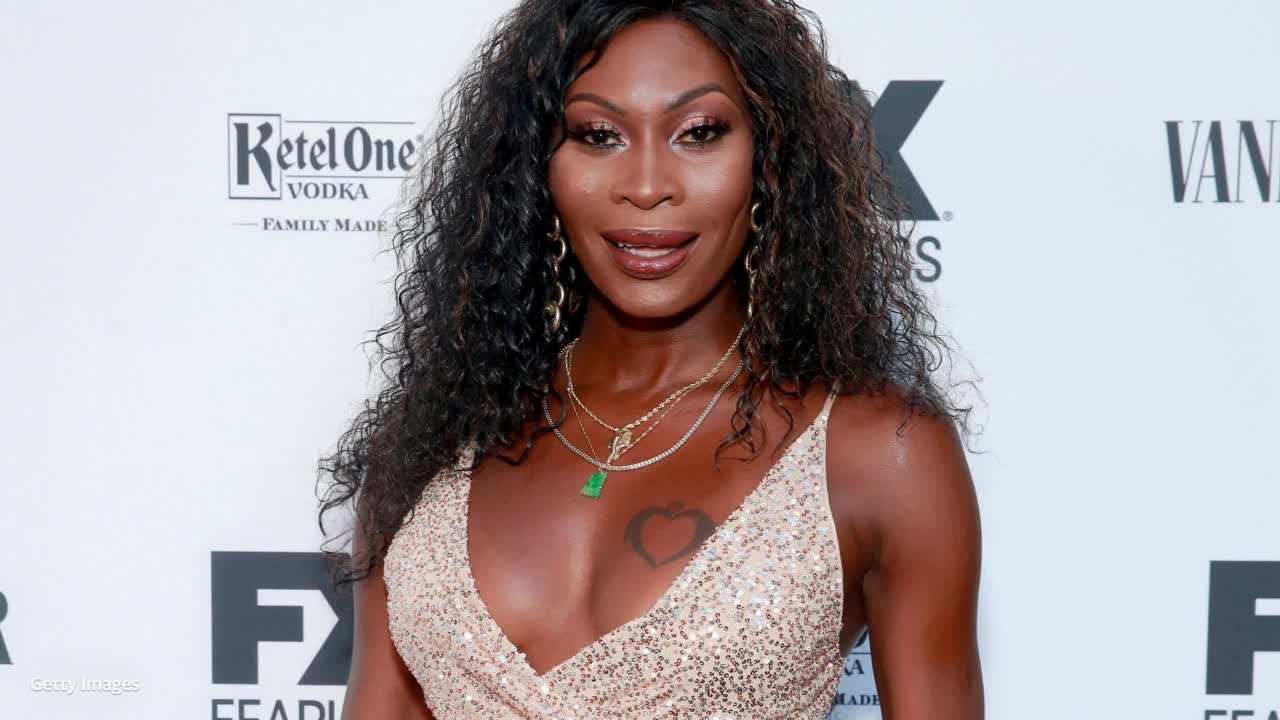 Los Angeles, CA – Queerty reports that with fans of the X-Men eagerly awaiting the introduction of the series characters in the Marvel Cinematic Universe, one name has emerged as a somewhat ironic candidate for a key role: transgender actress Dominique Jackson, whom fans want to see play the platinum headed mutant Storm. For anyone unfamiliar with the character, Ororo Munroe/Storm hails from Kenya, where her mutant powers to manipulate the weather caused her fellow villagers to worship her as a goddess. She later emigrated to the US where she joined the X-men as a co-leader of the team.

In previous cinematic incarnations, Storm was played by actresses Halle Berry and Alexandra Shipp. Now fans want Jackson to join the roster and have started an online petition to get Jackson in the running. One fan tweeted, “I’d RUN to the theater to see Dominique Jackson give us the regality mixed in with true GRIT that encapsulates the character of Ms. Monroe! Y’all get in line or get left behind! Sign!  Walt Disney: Cast Dominique Jackson As Storm http://chng.it/8xTdkd5X  via @Change Sign the Petition

Cast Dominique Jackson As Storm change.org” The petition itself, started by fan Javier Enriquez, posits that casting a transgender lead in a major film series would strike a blow to transphobia and racism worldwide. “If there’s anyone that could fill Storm’s cape it would be Ms. Jackson,” the petition reads. “From fleeing persecution as a transgender woman in her home country of Trinidad, to being a pioneer and leader for the Ballroom and LGBTQ community, Ms. Jackson knows what it’s like to feel to be an outcast, only to find strength in community.”

Jackson, for her part, took delight in the campaign. “Just saw this and would like to thank you all for the confidence you have in me and the support you give!” Jackson said in an Instagram post, which also included fan art of her in costume as Storm. “It’s not even about if Marvel sees this but just knowing that you are valued is what is important and makes us all feel human and respected as a part of community and society! So I implore you, as you uplift and empower me so should you uplift and empower those around you who worry every day if it could be their last. Thank you all for making my day, I have always looked to Storm as representation of my true self!” Disney/Marvel has not commented on the petition. Jackson can currently be seen on the FX series Pose. (Queerty – David Reddish at https://www.queerty.com/fans-petition-marvel-cast-trans-actress-dominique-jackson-storm-20200619?utm_source=Queerty+Subscribers&utm_campaign=44f446646e-20200619_Queerty_Newsletter&utm_medium=email&utm_term=0_221c27272a-44f446646e-428272937

Queerty offers informational, entertaining, and enlightening stories to all of our readers, free of charge.)