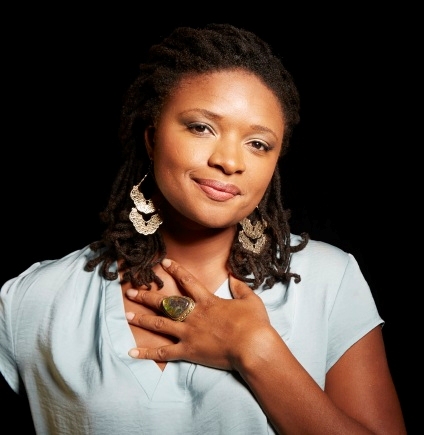 An interview with singer Lizz Wright

Dividing her time between the mountains of North Carolina and a classroom in Chicago, wherever Georgia-native and singer/songwriter Lizz Wright is, there’s music. Here’s the truth about Wright, she never disappoints. Whether she’s introducing listeners to her own spirited and powerful original compositions or performing singular interpretations of the work of others, each of her six studio albums, including her latest, Grace (Concord), will lift you up and knock you out. I spoke with Wright in the summer of 2017.

Gregg Shapiro: Over the years, your albums have usually alternated between mainly cover tunes and mainly originals. Your new album Grace falls in the mostly cover tunes category. How do you decide which album will be which?

Lizz Wright: Every record is like an extensive essay about something. I think that, as a writer, it’s okay to find other voices to say what you’re trying to say. It’s great to be a singing writer. You can explore concepts emotionally in performance. I learned a lot from my friend Bonnie Raitt. She changed my attitude about covering songs. She takes on curating as an art. She finds a calling in bringing to light the voices of writers who are writing incredible stuff, but aren’t singers. She made me aware of the joy in this and I haven’t looked back.

Your 2015 album Freedom & Surrender was mainly originals co-written with collaborators Toshi Reagon, Maia Sharp, David Batteau and Larry Klein. As a songwriter, what do you look for in a collaborator?

I look for someone with a beautiful handle on their craft. I’m always looking for another way to get in and organize words and statements and wring them of everything in them. Everybody’s got their way of doing that. It excites me that I can sit with people who have other ways to get in. The more people I sit with who are productive and who have good habits and ideas, the more varied my own voice is.

It allows you to get outside of your head a little bit.

Absolutely! It’s funny how we can get to know words better through the process of collaborating.

Speaking of collaboration, you have a history of working with amazing producers – Joe Henry on Grace, Larry Klein on Freedom & Surrender, Craig Street on The Orchard – as a singer and songwriter what do you look for in a producer?

I’m looking for someone with whom I can have an epic conversation that’s worth sharing with thousands of people [laughs]. Every record is that. I’ve known Joe Henry for about 13 years and this record literally was that; a conversation between a jazz, blues, and gospel artist and one steeped in Americana. He’s also an incredible music historian with such a love for Allen Toussaint. He had more to say about him and the story (of the song) “Southern Nights” than anyone I can imagine.

I’m glad you mentioned that song. Grace is described as a “Southern album” and includes your renditions of “Southern Nights” and “Stars Fell on Alabama,” among others. In addition to music such as this, in what other ways does the Southern Lizz come through?

I’m making my own kind of offering of what being a Southerner means. It was important after (the election in) November that I go home and look at and listen to people myself. Not get worked up and be handed a script about folks that I knew, in a culture that I understood and that I come from. You can’t be afraid to go home. If you’re afraid then you lose yourself. I went home and I studied it and I found more grace than anything else. This record is about being American.

Would you say that Grace is a political record?

If it is political, it’s the most affectionate and wide-open political statement I’ve ever made [laughs].

On the album, you also go north to Canada, for a cover of K.D. Lang’s “Wash Me Clean.” Why was that song selected for Grace?

That got on here because I met her. Sometimes the best way I can tell someone that I’m freaked out about meeting them is to cover their song. Otherwise, I’ll be in the corner feeling silly. There’s this beautiful notion of “Wash Me Clean” that has this sacred connotation which is obvious but also an essential one. I also thought it was fun to take an Al Green approach to it.

Your current concert tour includes dates at jazz festivals. Do you vary your shows when not playing non-jazz festival concert venues, working in other types of material?

The beauty of this moment is that this is Ella Fitzgerald’s centennial. I get to do a mini-set to honor her before using the rest of the set to demonstrate her influence. My goal is to help America enjoy her beautiful, varied, wild, curious, true self. I’m in a place where I’m shining a light on all the things this country is and making sure that no part is forgotten.

Two of your songwriting collaborators – the aforementioned Toshi Reagon and Maia Sharp – are out lesbians. I was wondering if you had an awareness of a following for your music in the LGBTQ community.

Yes! I am, in general, drawn to resourceful and informed people. These artists you mentioned are incredible. They’re well-studied, incredible musicians and great producers; and they’re women in the music business who have made a way for themselves. I’m grateful for the community and all the people who get mixed up in my audiences. There will always be a unique combination of religious people and LGBTQ folks; there will be everybody and I’m grateful for that.