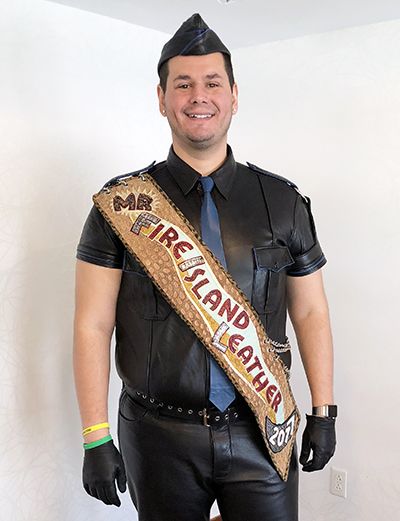 It is February now, which means that January’s Mid-Atlantic Leather Weekend has come and gone. I must not be the only one who had a great time because the entire 880-room Hyatt Regency Washington on Capitol Hill has already been booked for MAL 2020 next January! The big leather gatherings are always lots of fun, but you will also have a great time at some of the smaller leather weekends. You will meet people, explore a place that you may not have visited before, and these events are a real value. Many weekend passes or “run fees” include meals, cocktail parties, and entertainment. Here is a look at several other leather weekends coming up soon.

The SECC (Southeast Conference of Clubs) Leather Weekend at the Parliament Resort in Augusta, Georgia, is scheduled for March 21st to 24th. The hotel is a far cry from the Hyatt Regency, but you will meet lots of friendly people and have a blast. Plus, room rates range from $39 to $99 a night! (I have attended this event twice in Augusta and twice when it was in Orlando and have made some wonderful memories.) The SECC Leather Weekend includes a pizza party put on by the CSRA Leather Bears, a formal leather dinner, cocktail parties, a hospitality suite, the Mr. and Ms. SECC Leather 2019 and SECC Bootblack 2019 contest, the famous “play pen” and more. Details can be found at Secclubs.org and on Facebook.

I have never been to Provincetown, Massachusetts. The perfect time to go would be over the weekend of March 29th to 31st when the New England Leather Alliance sponsor the Bay State Marauders’ “Sweet 16 Anniversary Run.” The $160 run fee includes all meals, a formal leather dinner, dance party, cocktail parties, a jock party at The Vault, and more. The host hotel is The Watership Inn. Help the Bay State Marauders toast 16 years of brotherhood and enjoy a fun getaway to P-town. Details can be found at Baystatemarauders.org.

For the last eight years leather folks, bears, and their fans have gathered in nearby Gettysburg, Pennsylvania, for Bears, Bikers & Mayhem held at the Eisenhower Hotel and Conference Center. The 9th BB&M is scheduled for April 11th to 14th. This weekend starts early on Thursday, April 11th with dinner at the Appalachian Brewery. Tickets can be purchased separately for some events but the whole weekend includes meals, dances, a vendor mart, a cocktail party on Saturday (next to the large indoor pool, sponsored by COMMAND, MC), and the Mr. Mayhem Leather 2019 and Mr. Mayhem Leather Bear 2019 contests. There is even entertainment provided by Hans the Boy Wonder from Berlin who recently appeared on TV’s “America’s Got Talent.” Tickets and many more details can be found at Bearsbikersandmayhem.com.

It always surprises me how many of my friends have never been to New York’s Fire Island. Not far from the hustle and bustle of New York City is a gay Mecca on a beautiful island that doesn’t even have roads or cars. It is worth the trip just to see the over-the-top Venetian-style Belvedere Guest House that has been a male-only clothing-optional resort since 1957. Fire Island can be expensive during the summer season, which is why the Excelsior MC host their annual “Lust for Life” weekend on May 17th to 19th, prior to Memorial Day weekend. At the cost of just $149 you will enjoy meals, a formal leather dinner, a master/slave auction, cocktail parties, demos, and the Mr. Fire Island Leather 2019 contest. One big tip: pack a small bag. I was so proud of myself when I was there that I got my dress boots, formal leather, and everything I needed in a gym bag. Keep in mind that you will not be catching a taxi to the hotel. Fire Island is reached via ferry boat. You will be walking down the boardwalk to the hotel. Leave those steamer trunks that you took to MAL at home! Relax, enjoy the scenery, and when you get home you will exclaim, “Wow, what a weekend!”