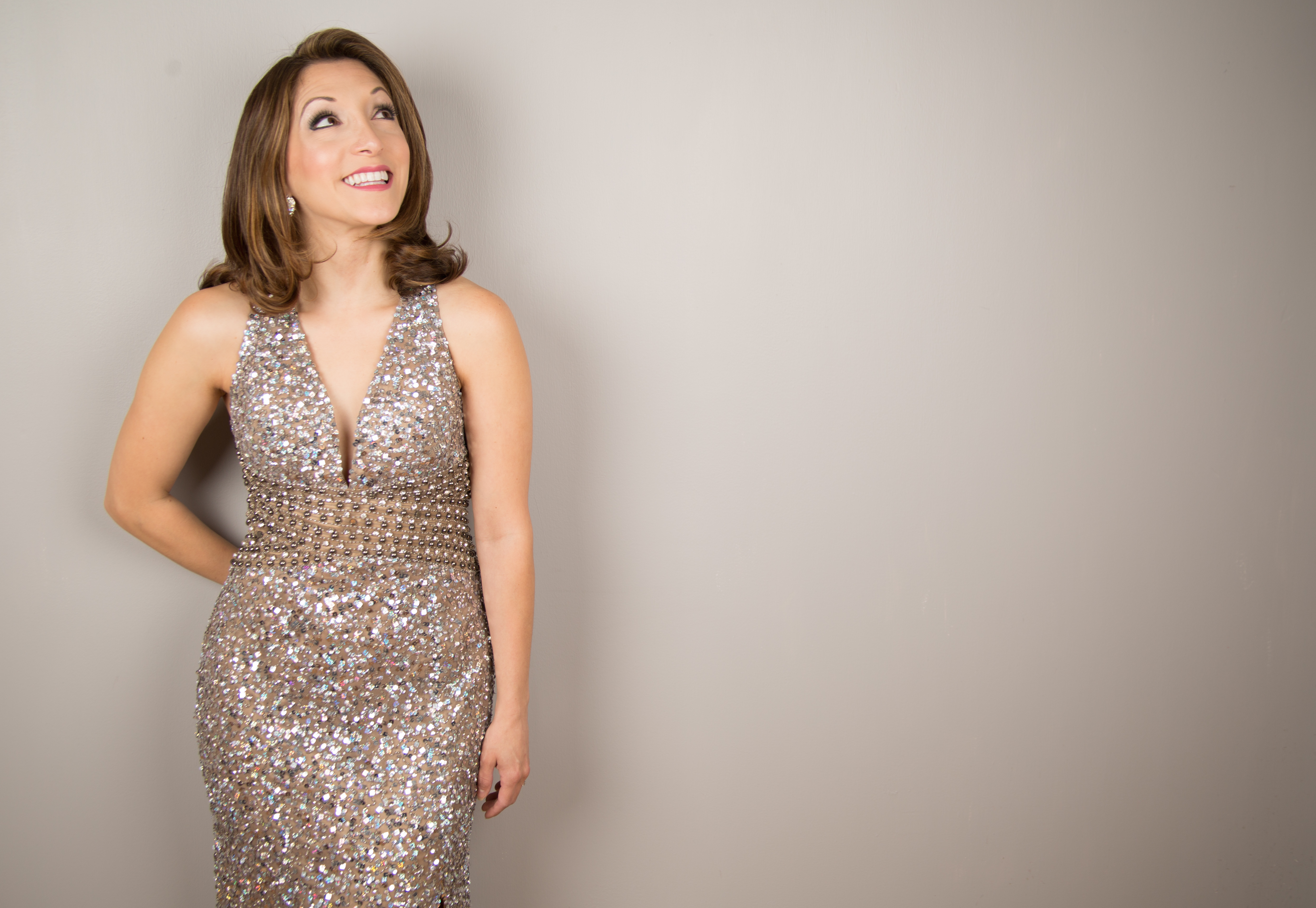 “I truly believe that imitation is the sincerest form of flattery, so everything I do, is done with love,” says Christina Bianco, the woman of “a thousand voices.” This actress, singer, and impressionist will join the Baltimore Symphony Orchestra (BSO) from now until March 3rd to showcase the world’s most famous divas. “My goal is to honor these women, not to lampoon or poke fun at them. I think it’s very clear to an audience when an impressionist is truly a ‘fan’ of their subject.”

Bianco gained international attention with her YouTube videos featuring impressions of Celine Dion, Julie Andrews, Bernadette Peters, and others. She has sung to audiences all over the world, performed on TV on “Ellen DeGeneres” and the “Today Show,” and has been nominated for two Drama Desk Awards. Bianco’s blend of iconic singers, songs, and humor make her must-see performer.

To create the best show possible, Bianco customizes her shows as she travels. “Choosing the right music is a very tricky process,” she relates. “This is particularly important when you’re adding any comedic elements,” says Bianco. “For the past few years, I’ve traveled the world performing across the UK, Australia, and South Africa, and there are famous celebrities in London that no one in New York has heard of, and vice versa. So, it’s up to me to make the applicable changes, insuring that each audience understands all of my references, both musical and spoken. For a symphonic program, I try to balance more legit, traditional music with some popular hits that appeal to a wide age range. Once you have the set list, you practice, practice, practice! I practice to my dog, in the mirror, on airplanes and subways. It’s cliche, but it works!”

Bianco’s career impersonating divas defines her own relationship to performance. “Studying these icons is a masterclass and only makes me a better performer in my own right. It’s a very unique feeling to give yourself over to the voice, phrasing, and mannerisms of someone else,” says Bianco. “However, I’m lucky that I also get to be myself during the show. It’s a wonderful balance. I never take for granted that I get to do what I love, singing in so many styles and voices in one concert. The fact that I get to do it with the incredible talents of the Baltimore Symphony, under the baton of the illustrious Jack Everly, is icing on the cake!”

This will be Bianco’s fourth time performing with the BSO, and this show will be different from anything Baltimore has seen before. “This concert celebrates the world’s most iconic vocalists and pop-culture personalities from yesterday and today – and I will endeavor to embody all of them! You’ll hear countless celebrity impressions, heartfelt standards, Broadway classics, and yes, even a little pop! Whether I’m singing in my own voice or impersonating the great divas we all know and love, the aim is to show my appreciation for this timeless music and the artists who’ve inspired me,” says Bianco. “I should add that the show is also a little silly. My favorite segment depicts ‘unlikely’ combinations of a singer and song you wouldn’t expect. Ever wonder what Liza Minnelli would sound like singing a Four Seasons hit? Well, you’re gonna find out!”

Christina Bianco will perform at the Music Center at Strathmore on Thursday, February 28th at 8 pm; and at the Joseph Meyerhoff Symphony Hall on Friday, March 1st at 8 pm; Saturday, March 2nd at 8pm; and Sunday, March 3rd at 3 pm. After visiting Baltimore, Bianco will fly to Australia, London, and New York City. After a series of US performances this spring, she will embark on her second UK tour this fall. For ticket info, visit BSOMusic.org.