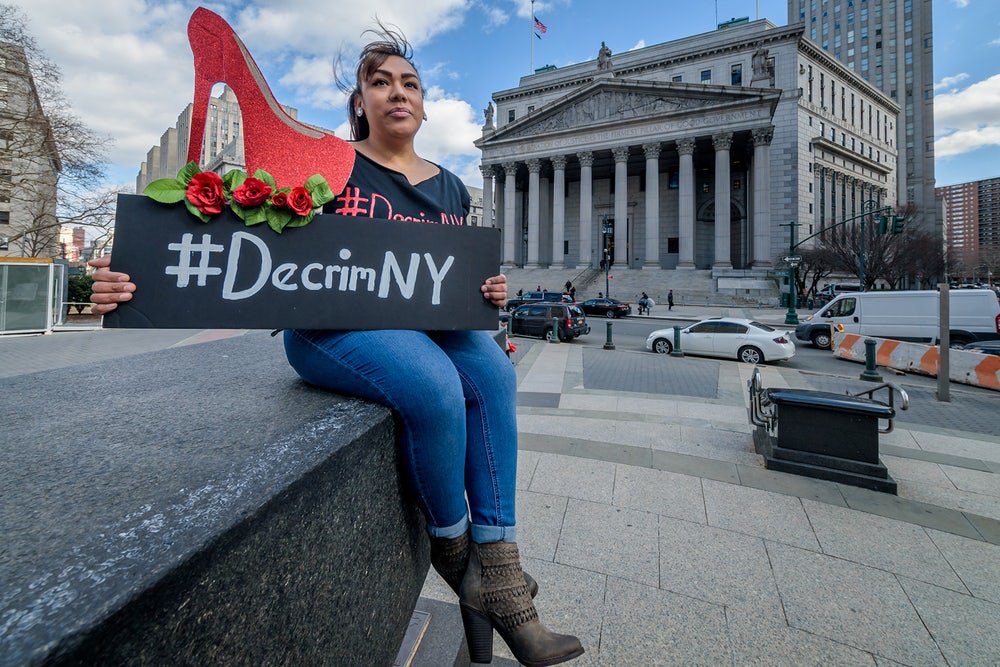 New York City – In a long piece in the New Republic, Melissa Gira Grant writes that back in February, advocates for er rights in New York announced their intention to fully decriminalize prostitution in the state. But no one really suspected then that within two weeks, Democratic candidates for president would be pledging support for competing legislative visions of what they called (at times, incorrectly) sex-work decriminalization. Quite suddenly, the enlightened thing to do – or at least to say you were doing – was to support these measures, a development that came as a shock even to many ers who had long campaigned for decriminalization.

On June 10th, that same group of advocates, Decrim NY, [saw] a bill they have helped draft introduced in the state legislature that promises to give practical shape to the goals ers have pursued for several decades. The bill is groundbreaking for the US: If passed, it would make New York the first state to fully decriminalize . The New Republic has had a first look at the bill. The measure removes criminal penalties associated with adults selling and buying sex, and repeals parts of the law that have criminalized ers’ places of business along with “loitering for prostitution” in public. Their aim is grounded not just in criminal justice reform, but in more fundamental appeals to economic justice. “This is not just about decriminalizing workers or the absence of criminal codes. It’s about making sure people who work in the sex trades have access to making a living in the sex industry in a way that is not a crime,” said Audacia Ray, a member of the Decrim NY steering committee, a director at the New York City Anti-Violence Project, and a former er. Compelling prostitution and promotion of prostitution involving cases of force, intimidation, or minors would remain a crime.

The New York bill is the most comprehensive  decriminalization measure in the country, though it is not alone. In Washington, DC, a revised decriminalization bill was introduced last week with the backing of four district council members. These bills are now landing in the early phase of the 2020 campaign – the first in which multiple major candidates are, when asked, offering their proposals on changing laws against . In a Data for Progress and Decrim NY poll released in May, Democratic voters said they support fully decriminalizing  by a three-to-one margin. (The New Republic – Melissa Gira Grant at newrepublic.com/article/154111/new-york-bill-decriminalization-prostitution-sex-worker-rights)