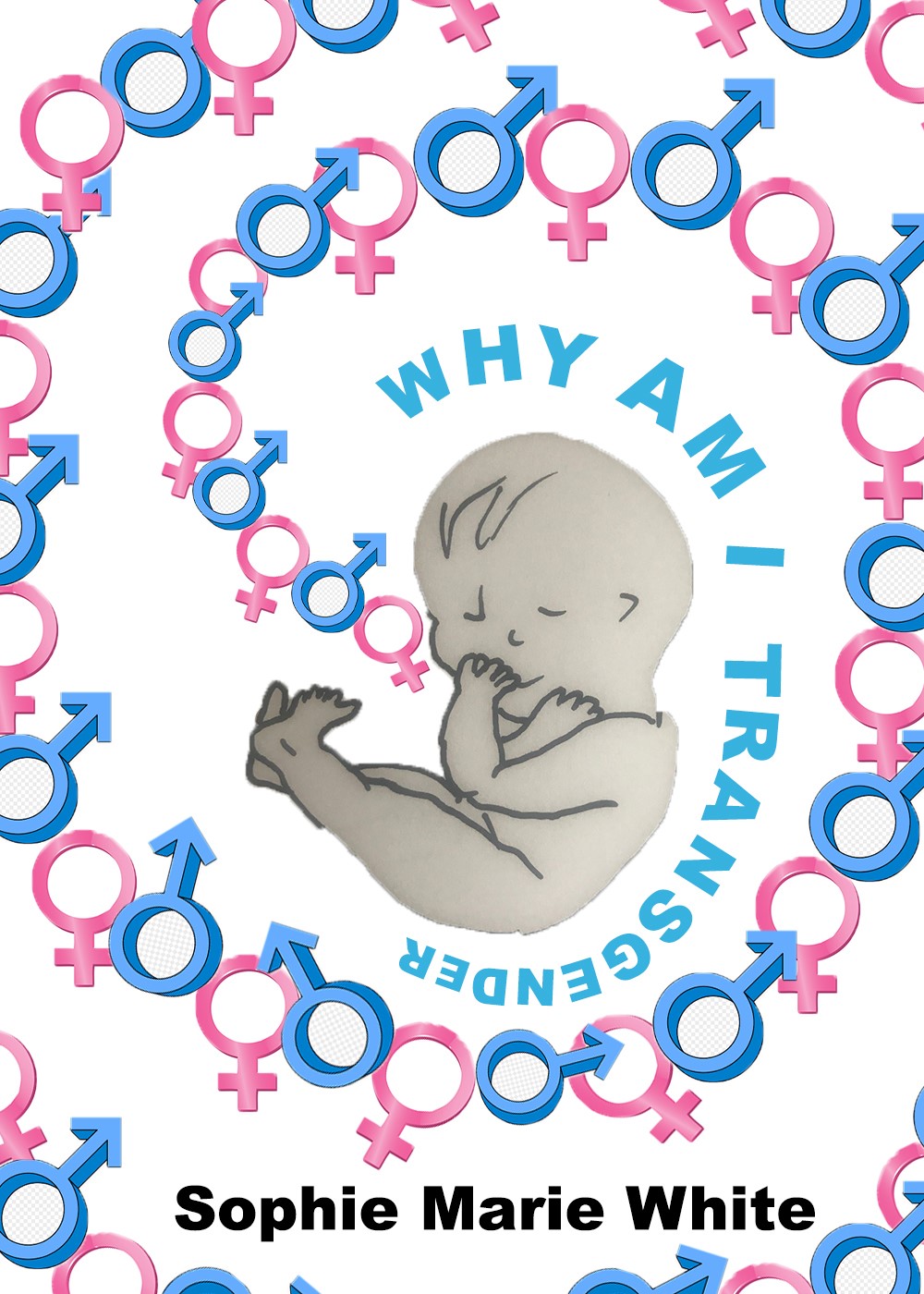 Wow what a question. I have been trying to answer this question over the last couple of decades and even more recently the last several years of therapy. I don’t know if I will ever be able to answer this. Is it because my mother told me she wishes I was a girl at the age of 4 or 5? Or did she know I was supposed to be a girl from the start. How does nature/nurture play into this question?

They say that the fetus is bathed in hormones or testosterone at different stages of uterine development. This gives rise to attributes of male or female. The brain of transgender people a line more with their perceived gender than there assigned gender at birth.

You see gender dysphoria is a strange animal. While I can tell you what I am not fairly easily, I don’t know if it’s as easy to tell you what I am. There is a meme where there is a picture of extremely large dictionary, several thousand pages, the caption reads this is what gender dysphoria feels like and next to it is a very small book with maybe 25 pages and this caption reads, this is what I can tell you about it.

My history of questioning goes back to my early childhood. I remember one day with my mother, when she looked at me and said, I wish you were born a girl. I was really young maybe four or five and we were in our white Chevy impala in a driveway of a friend’s house. That memory has been around all of my life. Am I trying to please my mother? Did she know something I did not? Was it a feeling she had? Did I make it up as a way to fill in the blanks and give me something to hang my hat on thereby explaining my dysphoria to myself? I don’t really know. I guess the question is, does it matter?

I have always been more at home being around girls more than boys. But because my mother won’t let that happen, I wasn’t allowed to because boys and girls don’t play together. I remember going to Catholic school and refusing to get a haircut. Even though I tried to rationalize it by tell my parents and the principle that Jesus had long hair. The argument didn’t work, and it was cut short. But did me wanting long hair a sign that I wasn’t happy? I don’t really know.

When I transferred to public school, I did let my hair grow long for many years. Was it because it was the seventies and that was the cool thing to do? My parents did finally give in somewhat although they complained about it all the time. I really don’t know why I wanted long hair. A few years later I cut it short for my job as a firefighter. I kept my hair short for the next 30 years.

In high school I hated gym class, especially when it came to showers in front of other guys. I hated it so much that I would often skip showers because I couldn’t handle being naked in front of other guys. I took Karate but after a few years I also took ballet to balance it out. I told people it was to improve my timing. My timing did suck by the way, but was it because I wanted to around females? Was I wanting to be part of their community?

I knew I was always very comfortable around girls. I love girl’s day out and girl’s night out. When I was in fifth grade, I joined the pep squad. I was one of three guys who did, it was the nineteen sixties. I convinced one of my friends to join with me. Even at that age I knew he was gay, however at that time I had no clue what that was. I just knew he wasn’t like the other boys and I also know I wasn’t like him.

When I was young, my mom got me a GI Joe doll. I got upset after one of my brothers made fun of me for having it. I tried to not show weakness, but I was really hurt. Another time was when we all were going to dress as girls in forth grade. I was so excited I even gave everyone a female name. It was wonderful until I messed up one of the names and was told that Er-ricka wasn’t even a name. They harped on me for this and I was teased for a week. And because of this I didn’t say a word ever again about dressing like a girl for decades.

Several years ago, after I figured out that I was transgender, we had a Mardi Gras function where a number of guys from my float dressed in grass skirts and a bra. I remember one of the guys telling me, “you take this shit too seriously.” That’s because it was real to me. I think that is when I got comfortable with being transgender. I got to the point that if it wasn’t real, I didn’t want part of it. By that time, I had realized that I am not a Drag Queen, cross dresser, or even gay. From that point forward I have never worn a wig or fake breast. If it’s not me then I am not that. So why am I transgender? Good question. Let me know if you have an answer. As always love, light, and peace. Sophie