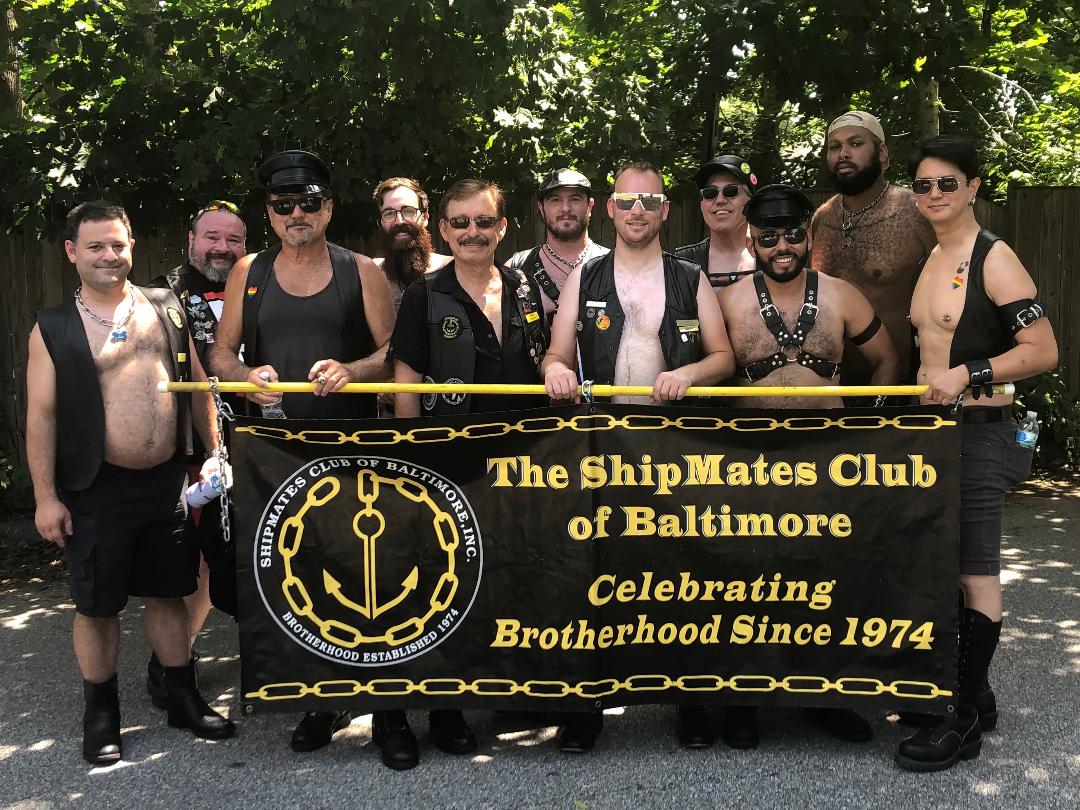 One of the ways I like to keep my spirts up is to schedule some fun events to attend. Having something to look forward to keeps me going. Needless to say, 2020 was a difficult year. With the other half away in Florida for the winter and everything canceled because of the virus, I spend most of my time home alone trying to stay safe. It didn’t help that some of my friends continued to go to play parties and gatherings even when it was unsafe to do so. One friend even calls me almost every day to tell me what I am missing. (That really doesn’t help.) There was a time when I felt like I was losing hope. I knew that when the new year arrived the world would not immediately return to normal, but I remained optimistic. It is April now. I’ve received my first vaccine shot and my appointment for my second shot is coming soon. Although I am thankful for the ability to hold zoom meetings and virtual cocktail parties, I miss seeing my leather family in person. Happily, I’m beginning to put events on my schedule again. Spring brings rebirth and I am beginning to come back to life as well.

It is no secret that Mid-Atlantic Leather Weekend held each January in Washington, DC is one of my favorite events. Although MAL 2021 was canceled, I’m already looking forward to MAL 2022. Circle the dates of January 14th – 17th, 2022 and plan to be at Hyatt Regency Washington on Capitol Hill. Reservations for the host hotel went on sale on January 23rd and the 880-room hotel sold out in under 15 minutes crashing the hotel’s website. (Guess I’m not the only one who enjoys MAL.) Reservations are now being taken at the nearby overflow hotels: the Hilton Capitol Hill (formerly the Washington Court Hotel) and The Phoenix Park Hotel. Go to leatherweekend.com for more details.

In June of 2019 the historic city of Annapolis, Maryland held it’s first ever Pride event. You never know how a new event is going to turn out. Some of my fellow ShipMates and I drove down to join some leather friends in the parade. It was a hot day, but we had a blast! The parade and block party were very well-attended and extremely well-organized. I was looking forward to the 2nd one in 2020. It was canceled but will be held this year! Circle Saturday, October 30th on you calendar for the Annapolis Pride Parade & Festival. It should be even more fun in October. I won’t be melting in the heat.

The Sunday before Valentine’s Day brings the other long running leather event in DC, Scarlet’s Bake Sale. This live auction of cakes made by local leather clubs and leather titleholders is a benefit for small LGBTQIA+ nonprofits in the Mid-Atlantic area. This year is the 50th anniversary of Scarlet’s Bake Sale and it has been moved from February to Sunday, June 27th starting at 3 pm at The Crucible located at 412 V Street, Northeast. Come out and join the fun!

In another break with tradition, the International Mr. Leather / International Mr. Bootblack Contest is not being held over the Memorial Day weekend. You have lots of time to make plans to be in Chicago on November 11th – 14th for IML / IMBB 2021. Details came be found at imrl.com.

In other contests news, save the dates for the Virginia Leather Contest Weekend in Norfolk, Virginia on September 11th – 13th as a new Mr. & Ms. Virginia Leather will be selected in a contest presented by the Knight Hawks of Virginia and COMMAND, MC has plans to hold the Maryland Leather Person Contest on November 5th – 6th at the Ottobar in Baltimore. Look for more details on these leather contests to be announced soon.

Although a Mid-Atlantic Leather Woman / Mid-Atlantic Leather Woman Bootblack Contest is not planned for 2021, look for the popular contest to return in August of 2022. In the meantime, MALW 2020/ 21 Treasure (Remm Wheeler) and MALWBB 2020/21 Ren Laine are planning to host a “Thank You Barbeque and Step-Aside on Saturday, August 21st from 2 pm – 6 pm at the Clifton Pleasure Club in Baltimore.

Once again you will find lots of folks in leather or less at The Woods Campground in Lehighton, Pennsylvania during their three scheduled leather / country weekends. The ShipMates Club of Baltimore and the Pennsmen from Harrisburg are planning on attending Leather I / Country I Weekend on June 4th – 6th. There will be cocktail parties, a leather cookout, a leather / fetish sale and swap, country dancing, a traveling drag show, and a motorcycle run. If you can’t make it in June, Leather II / Country II Weekend is scheduled for July 16th – 18th hosted by the Bucks MC. You will enjoy shopping at Passional Boutique of Philadelphia who will be setting up shop for the weekend, country line dancing, a jock party, a leather / fetish fashion show with BDSM demos, a harness-themed dance party, and much more.  If you would rather wait until later in the year, Leather III / Country III Weekend hosted by the Women of Drummer is scheduled for September 17th – 19th. Passional Boutique of Philadelphia will be back, there will be a Woman of Drummer cocktail party, the Mr. / Ms. Woods Leather Contest, and much more.  For reservations and details on all the events at The Woods Campgrounds visit thewoodscampground.com

Once again, I find that I have some fun events that I can look forward to and can finally feel that perhaps the world has not ended after all. I miss seeing my leather family and hope that everyone will continue to stay safe. We are going to get through these dark days and when we do, I know where I am going!