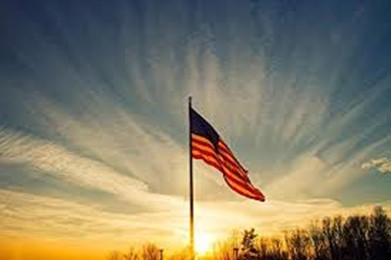 I hope that the next time you click on or pick up the publication that the air around all of us has changed. I hope that there is a definitive countdown on the end of our current dystopia, and a hopeful horizon inching towards us as we lean into the winter and January 2021. I hope that the pandemic that continues to inundate every facet of our society has suddenly shifted in trajectory to something we know we will triumph over, because we will soon have leadership that trusts science and rationale, and not literally a single person, thought or idea that is not completely rooted in medical science. I hope that the air outside of our homes rings with chilled hope and not the sting of divisiveness and frustration that we have all gotten used to living with.

We were having dinner late last night, eating during Saturday Night Live. There was a sketch about the humor behind what we would talk about in a post our current administration world. It was not my favorite sketch of the night (Adele as a contestant on The Bachelor snagged that award) but it was the one that had Alli and I talking for the rest of the evening. It mirrored an article that I had read earlier in the week, about how a majority of Americans are excited at the prospect of not having the President be the topic of just about every single conversation or thought during our daily lives. Sitting in my dining room, with the beautiful voice of H.E.R playing on the television, I started thinking about how excruciatingly exhausting the last four years have been. Four years ago, when minority folks went to sleep after realizing who was going to be at the helm, I knew it was going to be bad; but even in my worst nightmares I figured I was being overly anxious, something I have a penchant for. I might have overshot with my assumptions on how my legal liberties were going to fair, but the only real salvation there has been that Maryland has continued to press on with working to remove gatekeeping practices that prohibit trans folks from being able to live their affirmed lives. However, in just about every other category, my nightmares were not as reaching into the Nefarious Bag of Tricks as they should have been.

Remember when lying about the size of the inauguration attendance was disregarded as simply being overzealous? It was a very large omen. With all of the video and photographic evidence proving otherwise, the hunkering down in a bed of overt lies and covert half-truths was the most prophetic showcase to the nation of how the next four years were going to go. Kids in cages, repealing the ACA because it is attached to the legacy of someone else, without a plan in place. An absolute inability to show respect to a woman in power with a phrase other than “nasty.” Stomping through our global relationships and negotiations like a toddler through mud puddles and letting someone gut our public educational system. Turning the office of chief executive into a bullish, cartoon caricature, where speaking critically is impossible, and sycophants are heralded as heroes, and not the gutless foundations of an administration that does not care about its own base, America as a nation or the future of our planet. I would make a joke about my nearly grayed hair, but it would be making light of a reality that we have from yet to escape.

I want to be angry with my politicians again for specifically related to me reasons. I want to be annoyed that my student loans are too high, not worried about losing my parents to a virus that has just been allowed to rampantly run through the country, claiming over a quarter of a million American lives in under a year. I want to work to fix the gatekeeping practices that muck up the process that trans folks must travel through to have legal status as their affirmed, actualized selves, not worry that after we lose the last of our civil protections, we will be rounded up and put in cages. And since we as a nation have turned a blind eye to doing that exact practice with the children of those seeking refuge within our borders, I will not be told that I am overreacting in that fear. I want to complain about my local representatives continuing to be behind the times, not have become the nightmarish norm for an entire political party.

I am hopeful that the next time you are reading something that I have written, that behind it sat a confident man, excited about his future and the prospect of his country ushering in a new era that promotes equity and justice for all. That freedom once again becomes a word I can use with more conviction than simply feeling like I am quoting Hamilton on a daily basis. I have a dream that one day soon we will all awake and great the day with hope, and excitement, and not terror and stomach-flipping nausea. I will see you all on the other side, and I truly believe it is one with greener grass and liberty and justice for all.