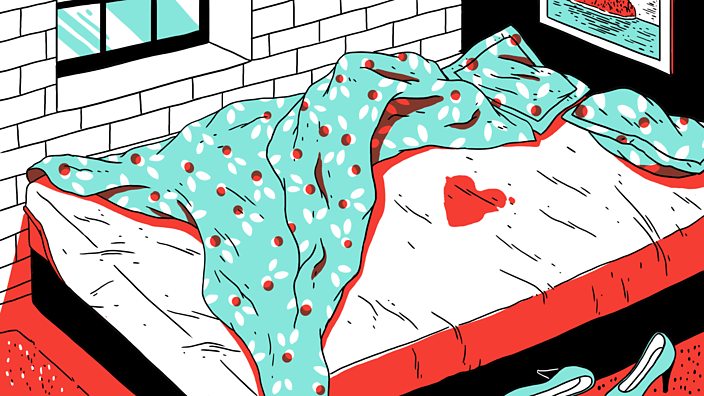 I’m a queer woman in my early 30s, and I’m in an amazing relationship with a woman in her early 40s. She’s kind, career-driven, funny, and hands down the hottest person I’ve ever been with – I can’t keep my hands off of her! There’s just one small issue: She refuses to be intimate with me when she’s menstruating. I think it has a lot to do with her past partners, because she only came out of the closet two years ago and has told me that at least one ex-boyfriend told her that period sex was “disgusting.” She’ll have sex with me while I’m on my period, but I always have to initiate it and I can’t help feeling that her participation is reluctant. I love my girlfriend and I love period sex. How can I bring her around?

Many cultures and religions prohibit sex during menstruation; these restrictions are based on the belief that a woman is impure or even dirty during her period. Add the widespread condemnation of women desiring pleasure for themselves to the mix, and you get the perfect storm of internalized shame and disgust. Despite living in a Westernized society with a reasonable level of sexual permissiveness, these beliefs about period sex have the power to permeate our collective consciousness and directly impact how we – and our partners – feel about it. Which, frankly, sucks. I can’t guarantee you that your girlfriend will come to love having period sex, but I can give you enough information to make one hell of a convincing argument!

There are lots of awesome reasons to have sex on your period! There are no health risks associated with it, and there’s something uniquely vulnerable about period sex that relates to a craving for intimacy and comfort. For me, an orgasm can be just as remedying as a mug of chamomile tea and a heating pad.

Also, it just plain feels good! Oxytocin – otherwise known as “the bonding hormone” – is released in the body during both labor and sex. In labor, oxytocin is released to help your uterus contract down; in sex, the same hormone can help relieve painful cramping associated with menstruation. The endorphins released during orgasm can have a similar effect, distracting the body from cramps.

Finally, it’s cost effective! Menstruation provides the perfect natural lubricant for penetration, meaning that you’ll be less likely to have to constantly re-apply your favorite brand of store-bought lube throughout.

You can also dim the lights in the room, as well as offer to blindfold your girlfriend as she receives pleasure. This can help get her out of her head and make her more present to her pleasure. Finally, try having the menstruating party use a menstrual cup or sponge during oral or manual stimulation to avoid the mess altogether (some folks do report being able to comfortably receive penetration while wearing a menstrual cup or sponge, but it’s definitely on a case-by-case basis.)

“Not feeling sexy.” This is real. And, sometimes we can help our partners feel sexier by providing positive feedback loops. Constantly reinforcing how hot we think our menstruating partner is and how much we desire them can help to build their confidence.

“It’s painful” or “I don’t get horny when I’m bleeding.” If your girlfriend expresses these sentiments to you, don’t push it. Even though lots of menstruating people see an increase in libido during their period, there are just as many who don’t. Additionally, a small percentage of folks experience increased discomfort associated with period sex. We always want to listen to our partners and trust what information they give us about their bodies. In this case, perhaps you and your girlfriend can explore alternative, creative ways to connect intimately while she’s bleeding that fall within both of your comfort levels. Best of luck to you!