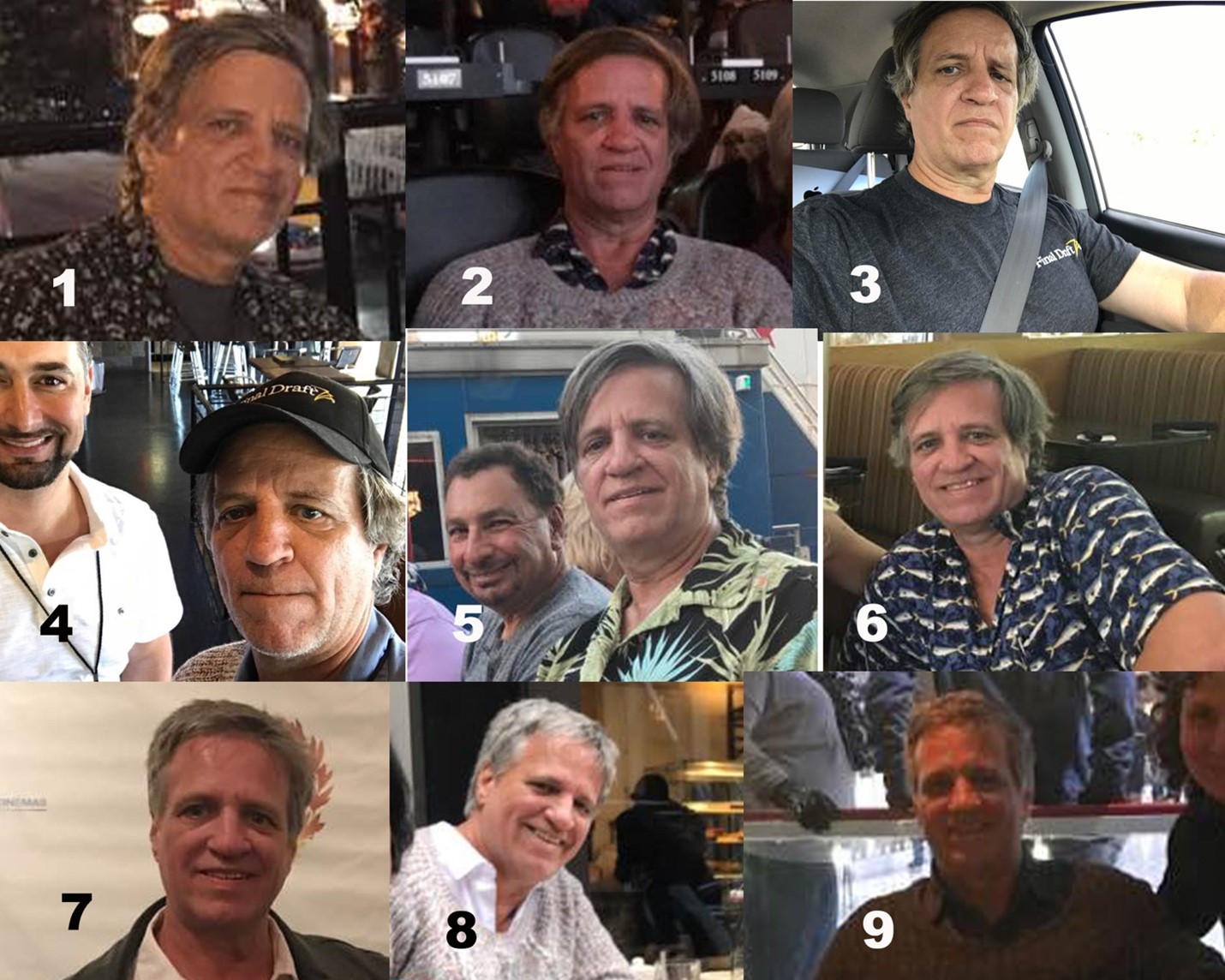 If your mother, father, husband, wife, son, daughter, lover or friend was suicidal could you recognize it? What does suicidal look like? Is it recognizable? Is it a frown? Is it a sad look? In which one of the following pictures am I suicidal?

The truth is, it’s all of them, the one most people will say my driving shot #3. While I total remember when I took this shot, I had let my guard down on purpose just for a moment. It was a rare private moment where I was truthful with myself and this was not to be seen by anyone. However, all the others were taken on or within a day that would have been my last if not for a few things that intervened.

The truth is I wore a mask to hide my pain. I got to the point where I had so much self-inflicted pain, I just wanted it to stop. I couldn’t see how life could get better. I didn’t care about anyone or anything. I was self-absorbed inside my head.

How can you tell if someone is suicidal? When we ask, “how are you doing,” most people do not expect or even want the truth. However, some will tell you if you really listen and know their language. You might be able to hear them cry out. My phrase was, “I’m not doing well,” which was code for, “I want to kill myself.” However, I only told a few. I assume we are all different. However, I would say that most if not all are suffering from some kind of deep depression, I was no different. What does depression look like? For me it was not taking care of myself, doing dangerous things that most wouldn’t do. I also did things that took my mind off my depression, such as racing. Doing things that require total focus on task at hand or I would die was one way I distracted myself.

Towards the end distractions didn’t work anymore, selfcare plummeted, work around the house or office stopped, not doing anything that was needed unless it was on fire was my unwritten rule. Depression doesn’t mean you don’t laugh; it means you don’t care. For me anger was another gauge of how I was doing. The more I popped off the more I was spiraling down. However, in the last couple of weeks I didn’t care so anger was nonexistent. Because I went numb. I remember telling myself, “I’m done.” That phrase was one my therapist picked up on quickly. That was the scariest time, however, for me it wasn’t at the time because I really no longer cared. I no longer wanted to scream out because I had made up my mind and was just looking for the right opportunity.

What changed? For me I came to terms with who I am. However, after the last time it still took quite a while to finally get out of my head and into the world of the living. The anger comes back for a while. I think it’s like a pendulum that swings through the process of depression. Don’t be afraid to seek professional help, I wouldn’t be here without it.

While some people may not be able to tell their story, we can accept what has happened and see it as our history and not let it rule our lives. We all have a history; it simply means we have lived. Some have lived more than others. I am not ashamed of my scars. They simply mean I have taken chances. Sometimes they work out, and sometimes they don’t. But you don’t need to carry that baggage on your shoulder.

Forgive yourself, which is one of the hardest things we can do. Realize you did the best you could even if it was the worst decision in the world. Each day is new. Each dawn brings a new history. Live in the moment, grab life and remember you are here for a reason, even if we can’t understand it, we can just accept it and become the best version of ourselves.

Sometimes it takes putting one foot in front of the other and sometimes you can run freely like a child, because that’s life. Everything changes. And I mean, everything. We need to learn our close family and friend’s language so we can help them when they need it the most. Live for today because tomorrow is not guaranteed.