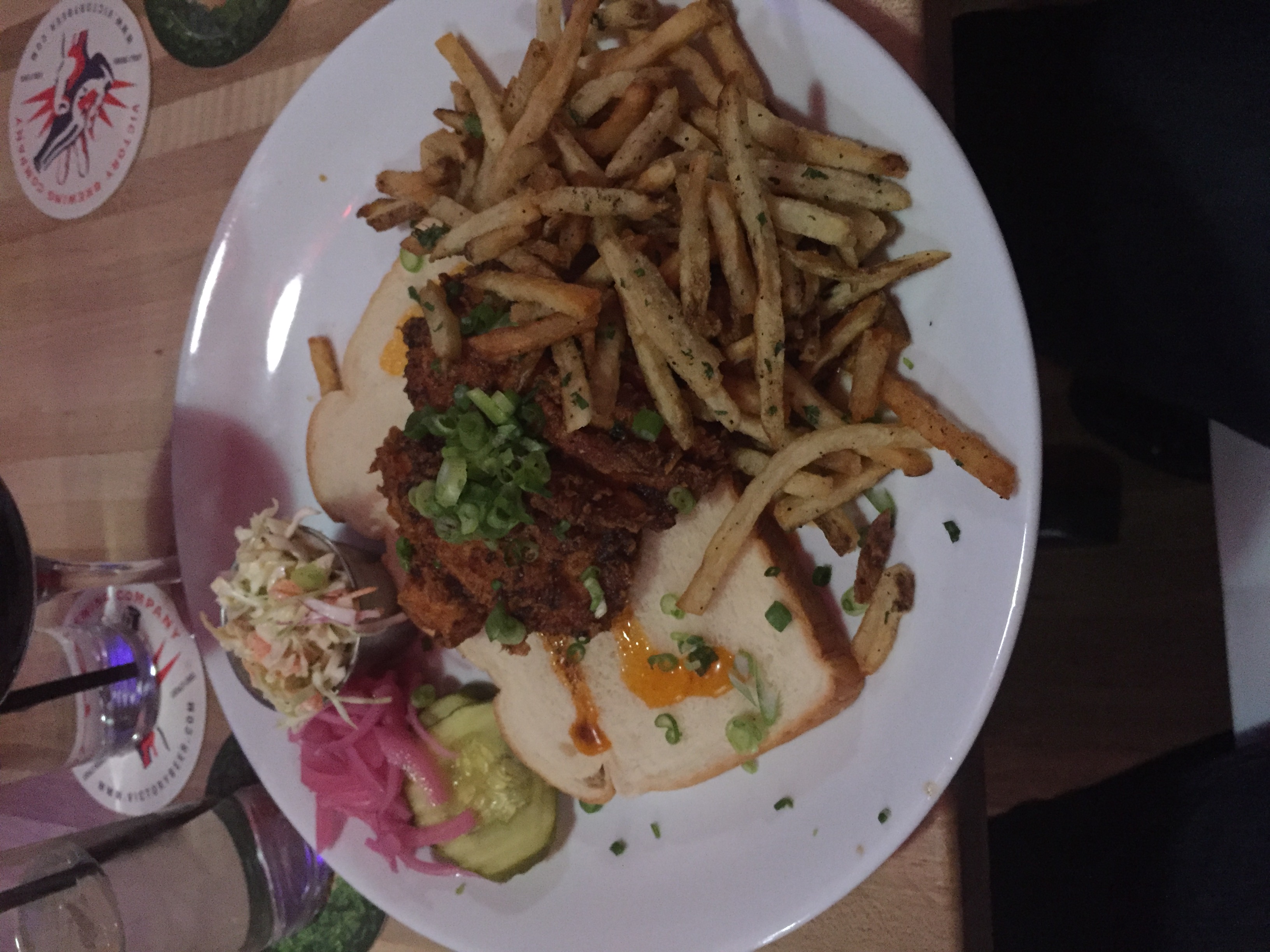 We hadn’t returned to Wet City since the time of its opening. Our very good friends are die-hard craft beer enthusiasts and asked us to come along for dinner and drinks before hitting the Eagle. Sounded like fun to us, so we gladly accepted the invitation. I think the reason we had not been back to Wet City in so long is that we did not enjoy our last meal there, nor are we sophisticated beer drinkers. Nonetheless, it was time to throw caution to the wind and give it another whirl.

If you haven’t been to Wet City before, it’s quickly become notable in Baltimore for its vast selection of craft beers and ciders. Knowing I would be writing a review for the paper, I wanted to experience something different, so I decided on a cider, while my friends and husband decided on beers. I watched them enjoy their beers, as I tried to like my cider. It was quite sour, so I sipped at it until I could not any longer. Maybe it is just me? I traded my cider for Malbec and Nick drank the rest of the cider. He definitely liked it more than I did.

Wet City does not have a large food menu; there are small selections of snacks, small plates, and large plates. On the evening we were there, snacks consisted of Soft Pretzels ($6), Panko Fried Deviled Eggs ($6), and Pork Rinds ($6). Small plates were Confit Chicken Wings ($12), Short Rib Poutine ($12), and House Sausage Plate ($10). There were five entrees offered that evening: Grilled Chicken Caesar Salad ($14), Winter Vegetable Gnocchi ($16), Short Rib Gnocchi ($21), Hot Chicken ($15), and the No Temp Deluxe Burger ($12). I decided on the Hot Chicken, a dish described as “Nashville-inspired spicy fried chicken, open face with white bread, slaw, herb fries, house bread and butter pickles.” Although the chicken was fried with a thicker crust than I had imagined, I really did like it. The chicken was hot, as in temperature and in spiciness. Our waiter was quick to refill our water glasses, which for me, was imperative. The highlight of the meal was the herb fries. As someone who thinks McDonald’s French fries are just amazing, these were even better, and that is hard to do.

Besides what is offered on the main food menu, Wet City does offer limited food specials as well. Some of the offerings were Roasted Pork Tenderloin ($18), Pate De Campange ($8), and, for dessert, an Apple Cobbler ($7). Along with the food specials, they also have a cocktail of the day, which was Bourbon Hot Toddy ($10), and bottles of the day (Spontanblueberry, $18, and Mikkeller Oude Geuze, $25).

Despite the cider snafu, I was really glad we went to Wet City that night. The meal price is just right for the quality and the quantity. The atmosphere is light and lends itself to fun, whether the bar is your only destination for the evening, or, as was for us, the first stop in our evening. If you decide to dine there, my recommendation is to arrive a little earlier than the crowd. For us, it was just about 7 pm, and there was limited seating. Most nights Wet City opens at 5, except for Friday when it opens at 4, and closes at 2 am.