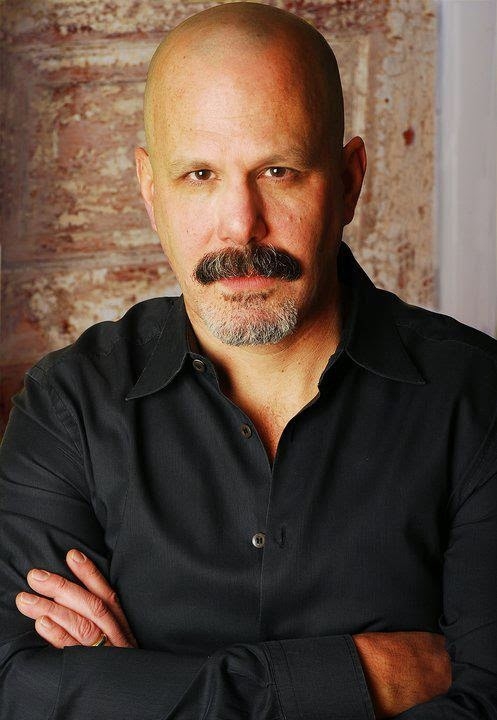 An interview gay writer and musician

Admit it. Ever since you read Robert Rodi’s first novel, 1992’s Fag Hag, you’ve been waiting for someone to adapt it, or one of his others (including Drag Queen, Closet Case, and Bitch Goddess) into a movie. Well, you got your wish. Kept Boy (Breaking Glass), directed by George Bamber (The Mostly Unfabulous Social Life of Ethan Green), with a screenplay by David Ozanich, is the movie adaptation of Rodi’s 1996 novel of the same name. Dennis (Jon Paul Phillips), the titular “kept boy”, is the object of the affections (both romantic and monetary) of Farleigh (Thure Riefenstein), a home-design reality TV star. However, the arrival of a hot new co-host, former pool boy Jasper (Greg Audino), threatens Dennis’s very existence. I spoke with Robert about the book and movie, now available on DVD, in September 2017.

Gregg Shapiro: Kept Boy is the first of your novels to be made into a feature film. Out of all your novels, would Kept Boy have been your first choice for a movie adaptation?

Robert Rodi: I don’t know if I could choose a favorite for a first feature; that would be disloyal to the others. But I will say my money would’ve been on Fag Hag. It’s been optioned a handful of times, scripts written, all that preproduction business – it just never followed through to actual production. Maybe the gay man / straight woman dynamic has been played out at this point; but I don’t think anyone has gone as darkly comic as I have. If I’m allowed to say that. And really, try and stop me [laughs].

What does it mean to you that Kept Boy has made the transition to the big screen?

It’s very gratifying, given that my first novel came out in 1992. I’ve been very patient with the film industry, waiting for them to give me my due. I won’t hold it against them that it’s taken this long, but I reserve the right to make an occasional withering aside.

If you could choose one of your novels to be the next one made into a movie, which one would it be?

Again, I’d hate to play favorites. But, a few years ago, I wrote a novella collection that showed where all the characters from my 90s novels ended up in 2015, and revisiting the twins from Drag Queen was a surprise to me; they weren’t at all who I thought they’d be. And given the current focus on gender fluidity and trans identity, it would be interesting to see them translated to the screen and maybe taken a step or two further.

Is Dennis, the titular “kept boy” based on anyone in particular or is he a composite?

He’s largely drawn from a handful of guys I knew who were either living that life or aspiring to. They were very different in a lot of ways, but they shared a few common traits, chiefly unmitigated cynicism, voracious greed, and crippling anxiety about their own place in the world. I’ve lost track of all of them; wish I knew how they’d ended up. I softened Dennis a bit, because I had to spend so much time with him. I needed to be at least a little on his side.

Where does Farleigh get his basis?

He’s based almost entirely on a single source, about whom I won’t say much more, because I don’t know if he’s still around and would recognize himself and not like it. But what’s interesting is that when I wrote the novel, I was closer in age to Dennis, and now I’m closer to Farleigh (older, in fact); so when I returned to the book a few years ago to prep it for re-publication, I saw the story more clearly through Farleigh’s eyes. He was meant to be pompous and self-involved, but I was surprised to find I actually managed to imbue him with some sympathetic traits without really knowing I was doing that. Or maybe I’m just reading into my own work, the way you do. Because all novelists think they’re unappreciated geniuses [laughs].

In terms of the way you envisioned Dennis, Farleigh, and Jasper, how do they compare with what viewers see on screen?

I believed in them, in the movie incarnations; I thought they were all very well cast. There was a little abrasiveness at first, because they weren’t my Dennis, Farleigh and Jasper, but I pretty quickly accepted them on their own terms.

Among the revisions that David Ozanich’s screenplay made to your novel is changing Farleigh from a Chicago theater impresario to an LA-based host of an interior design show. What did you think about that?

That worked for me; what matters chiefly for Farleigh is wealth, visibility, and cultural influence. And he has those in the new LA-reality show setting, so it’s all good. What surprised me more was the tone of the film; I wrote what I consider a blistering social satire, bordering on farce, with some dramatic underpinnings – because I think comedy only works if there are actual, life-altering stakes for the characters. The film pretty much sheds all the comedy in favor of the melodrama. It’s obviously a deliberate choice; I just wasn’t ready for it, and still wonder what was behind it. That said, I’d rather it be this way than have them go the comic route and, God forbid, be funnier than me.

According to Goodreads.com, Kirkus Reviews called you “the undisputed doyen of the effervescent gay novel of manners.” How do you feel about that?

I’m good with being called a doyen of anything. Anyone wants to do that, just go right ahead, and please forward me the link [laughs].

In recent years, you have shifted and expanded your creative focus from literature to music.

It’s not so much a shift away from literature as a conscious attempt to inform it. I don’t want to be too harshly critical, or name any names, but there are so many goddamn novels about novelists these days – it’s a whole navel-gazing genre. I think a writer ought to live in the world, immerse himself in different cultures, different communities, and process those through his own sensibility. A while back I spent a few years competing on the canine agility circuit; then several years following that, soaking up the bareback-horserace culture of Siena, Italy. Those experiences wound up as nonfiction books, not novels, but the principle is the same. Since 2007 I’ve been deeply involved in performing music – I’ve had a rock band, a jazz quintet, and a cabaret ensemble. It’s been an exhilarating, frequently humbling, experience, and I’m having the time of my life. And when I do finally write about that world, whether in a novel or in some other form, it will be with absolute authority. It won’t need any research; I’ll have lived it. It will be firsthand.