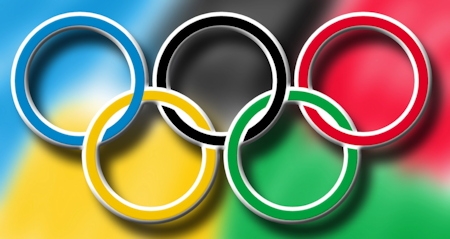 Many gay Olympians live their lives discreetly, because their sexual orientation is not socially accepted or legal in either their countries or local communities. In the Rio 2016 Olympic Games, 205 countries participated with 10,444 athletes, but only a shockingly 13 countries with a grand total of 42 openly LGBT Olympians – 31 women and 11 men – with Great Britain and the U.S. in a tie as the most openly LGBT Olympians on their teams. It is without question that there are more gay Olympians, just not known to the public. As future Olympians watch and wonder if publicly disclosing their sexual orientation benefits or hinders their careers, the public should understand why a vast majority of today’s gay Olympians choose to stay closeted when reviewing a brief history of known gays in the Olympics.

The first known gay Olympian (although not out at the Olympics when he competed) is Otto Peltzer, born on March 8th, 1900, a German runner that competed in the middle-distance races in the 1928 Amsterdam and 1932 Los Angeles Olympic Games. In 1933 he joined the Nazi Party, but two years later, he was sentenced to 18 months imprisonment for homosexual acts. He was released early on condition he would stop competing in races. His running career was over. He left Germany to live in Denmark and Finland, but returned to Germany in 1941 after he received assurances he would not be arrested again, but he was arrested upon his return and was sent to Mauthausen-Gusen Concentration Camp where he remained until the camp was liberated on May 5th, 1945. Peltzer died on August 11th, 1970.

Dr. Tom Waddell, born November 1st, 1937 in Paterson, New Jersey, participated in the 1968 Mexico City Olympics in the track and field and he placed sixth among the 33 competitors. He was not out at the Olympics. When he lived in San Francisco in 1972, he joined a gay bowling league and thought its inclusiveness and competitiveness could be a model for an international gay sporting event. In 1982, he started the Gay Olympics with its first competition in San Francisco. Although the U.S. Olympic Committee allowed other groups to use the term “Olympic” in their titles, the USOC sued Dr. Waddell, forcing him to create another name: Gay Games. In 1987, the U.S. Supreme Court, in a 5-to-4 decision, ruled in favor of the USOC. The USOC tried to collect legal fees from Waddell by placing a lien on his home. In 1987, a few weeks before his death, the USOC waived its legal fees and removed the lien.

Gregory “Greg” Louganis, born January 29th, 1960, is an American diver who won gold medals at the 1984 Los Angeles and 1988 Seoul Olympic Games on both the springboard and platform. There were rumors at the time that he was gay, but he was not out at the Olympic Games. At the Seoul games, he suffered a concussion after his head struck the springboard during the preliminary rounds, which caused his blood to enter the pool water. At the time of the accident, he did not disclose he was HIV-positive, a diagnosis he received six months prior. During the 1980s and 90s, the public was still trying to understand HIV and its mystery installed fear into the public because it is incurable, and at that time, barely treatable. In 1995, he disclosed his HIV-positive status, and to no surprise, lost most sponsors, except for Speedo, which retained him until 2007.

At the 2016 Rio Olympic Games, with a newspaper confusing cheap tabloid stories with actually news, the Daily Beast ran a story that focused on drossip (drama and gossip), when it should have kept its focus on the athletes and their performances. Nico Hines – a straight, married man – took a huge unethical leap by creating a profile on a gay dating app and luring unsuspecting closeted Olympians to disclose their identities to him, so he could write a story. The headline of the story was “The Other Olympic Sport in Rio: Swiping” and he descried the people he encountered with enough details that the public could figure out the Olympians’ identities. Although the Daily Beast did remove the article and issued an apology, it did not publish the steps it would take to remedy (e.g. financial support, counseling) to the victims of the ill-conceived article.