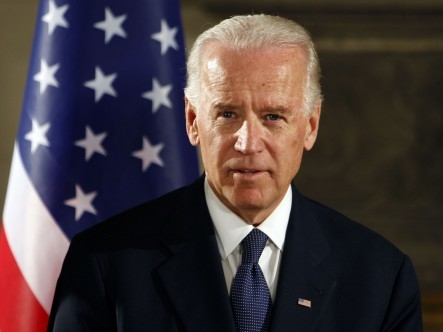 “From his historic announcement in support of marriage equality to his ongoing commitment to achieving full federal equality for LGBT Americans, the vice president has proven time and again that he’s a stalwart ally to our community,” said HRC President Chad Griffin, “and we’re honored he’ll be joining us to deliver the keynote address at the HRC National Dinner.”

Biden has played an integral role in the Obama Administration’s legacy of progress for the LGBT community.  In March, the vice president called for the passage of new federal LGBT non-discrimination protections.  “We have to pass the federal non-discrimination legislation, and we need to pass it now,” said Biden. A few months later, the landmark Equality Act comprehensive legislation that would guarantee explicit protections for LGBT people in many areas was introduced in Congress. At an HRC event in Los Angeles last year, Biden highlighted the importance of defending LGBT rights abroad in the United States’s foreign policy agenda.

In addition, HRC announced that seven-time Emmy Award winner Allison Janney will present HRC’s National Vanguard Award to actress Ellen Page for her courage and leadership. Page has charmed audiences and critics with captivating performances in a wide range of films. In addition, Page’s bold decision to come out publicly at HRC’s first annual Time to Thrive conference – continues to set a powerful example for LGBT and allied youth around the world. Her coming out speech was viewed more than a half-million times within the first 12 hours after the video was uploaded to HRC’s YouTube page.

“Ellen Page has been an inspiration for LGBT youth around the world,” said Griffin. “Her willingness to speak her truth for all to hear, and to confront injustice against LGBT people, has made her a role model and there is no one more deserving of HRC’s National Vanguard Award. And it’s only fitting that the award will be presented by such a strong ally to our cause as Allison Janney.”

Retired NBA athlete Jason Collins and Blossom Brown are also slated to speak. Jason Collins was the first openly gay player to be signed by an NBA team. Collins and Blossom Brown, a transgender student and HRC volunteer who was featured in a television ad from HRC’s “All God’s Children” campaign and has appeared on I Am Cait and the Ellen Degeneres Show, will share more about their personal journeys, the challenges they’ve faced, and the victories they’ve claimed living open and authentic lives.

Hillary Clinton  will also speak to the organization at a separate event on the morning of the National Dinner.

The 19th annual HRC National Dinner, which is expected to draw over 3,000 guests, will be held at the Walter E. Washington Convention Center. More information is available at Hrcnationaldinner.org.