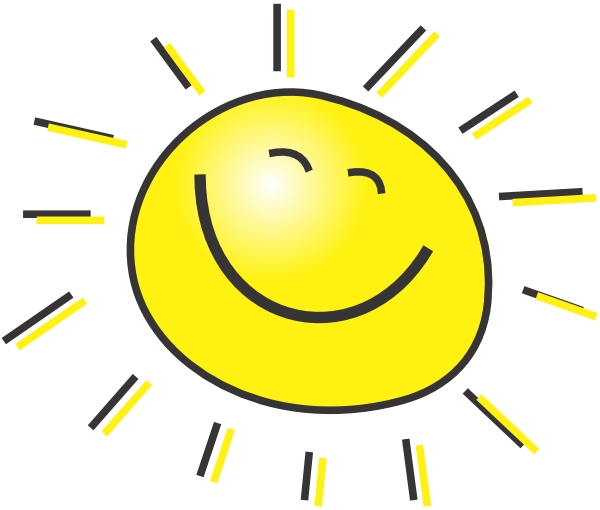 In the past two weeks the sun is shining a little more often, temperatures are rising mildly, and the birds have begun to chirp and sing like they know spring is here even though the calendar says it’s still a couple of weeks out. I can’t wait to have a Saturday or Sunday to spend all day out in my gardens soaking up some of that sun. Instinctively I have always liked being outside on a sunny day. I think I’ve always felt better after soaking up some rays, like the sun recharged both body and soul. I don’t think I’m alone hence those who self-identify as sun-worshippers.

As it turns out, there is a very good reason for our fondness of the sun. It actually can make you feel better, and that’s because the sun helps your body to make its own vitamin D when your skin is exposed to its rays. Interestingly, vitamin D is not really a vitamin in the strictest sense; it’s really a steroid hormone. The primary way we get vitamin D is by being exposed to the sun, not through food sources, even though we now have many foods that are fortified with vitamin D (think milk).

Getting enough vitamin D should be easy, right? Surprisingly, up to 32% of us don’t get enough of it for optimal health according to a study by the Centers for Disease Control. This is especially true for those with dark skin, those over 50 years of age, those who are obese, and those whose work or life circumstances keep them inside all of the time. Another group at risk for vitamin D deficiency that has emerged in recent years are those who get outside but always use strong sun-block lotions and sprays to protect against skin cancers. What’s a person to do?

In a 2008 article for the American Society of Nutrition, Dr. Michael Hollick and Tai Chen say that “sun exposure in moderation is the major source of vitamin D for most humans.” In fact, deprivation of sunlight was first recognized as the cause of rickets, a bone deforming disease caused by chronic vitamin D deficiency, in children in 1832. One hundred years later, the use of artificial sunlight from lamps that provide ultraviolet B waves began to be used to cure rickets. In 1930 the government instituted two campaigns to eradicate rickets disease; one was an educational program for parents about children’s sensible exposure to sunlight and the second was the fortification of milk and infant formulas with supplemental vitamin D. These campaigns were successful, and rickets is now rare.

Signs and symptoms of vitamin D deficiency can include bone and muscle pain, depression, and head sweating. Having optimal levels of vitamin D is thought to have some protection against a host of diseases such as Cardiovascular Disease, autoimmune diseases such as multiple sclerosis and inflammatory bowel disease, and cancer. If you or your doctor suspect you could be low in vitamin D, your level can be checked using a simple blood test called a 25-hydroxyvitamin D blood level. If your doctor determines you are vitamin D deficient, she will most likely recommend a vitamin D supplement to you. After using a supplement for a while, you should be retested to determine if your deficiency has been corrected.

You can also be proactive and supplement with vitamin D yourself. The current recommended daily allowance (RDA) for vitamin D is 600 IU (international units) for those one to 70 years of age and pregnant or breastfeeding women, and 800 IU for those over 71 years of age. And soak up some rays in moderation; it’s good for both body and soul.

For more information about vitamin D visit: Ajcn.nutrition.org/content/87/4/1080S.full or Hsph.harvard.edu/nutritionsource/vitamin-d.