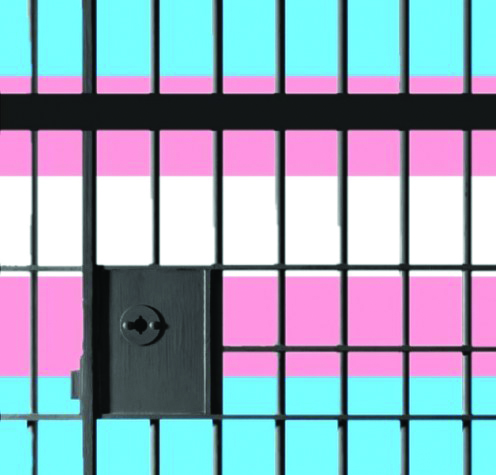 Richmond, Virginia – According to news stories carried by Gayrv.com and Richmond.com transgender woman and Virginia prison inmate Bree Anna Leonard may get her request for a legally recognized name change granted. Currently incarcerated and serving a 17-year sentence at the Federal Correctional Complex in Petersburg, Virginia, Leonard – whose pre-transgender name was Brian Allen – was previously denied a legally-recognized name change by a Circuit Court judge.

The Virginia Supreme Court ruled on December 20th to send the case of Bree Anna Leonard / Brian Allen Leonard, who wants to legally change her name permanently to Bree Anna Leonard, back to Petersburg Circuit Judge W. Allen Sharrett. The Supreme Court ruled the judge made an error when he refused the request for a name change. From the website Richmond.com: “This is very typical of the Supreme Court,” said Carl Tobias, a professor at the University of Richmond School of Law. “They really are strict about following the procedures in the statutes as the General Assembly sets them out. I think that’s really what the justices were concerned about.” Tobias further explained that the kickback to the lower court doesn’t necessarily mean that Leonard is going to win.

Leonard has been diagnosed with gender dysphoria and is transitioning from a male to female identity. The Supreme Court re-confirmed the Federal Bureau of Prisons’ records, which detail the diagnosis and subsequent treatment. In a letter to the court, Leonard requested the name change, indicating the positive impact and high level of psychological benefits. She also stressed it would not interfere with her incarceration or any conditions of her sentence. (Q Notes Online – David Aaron Moore at Goqnotes.com/61980)