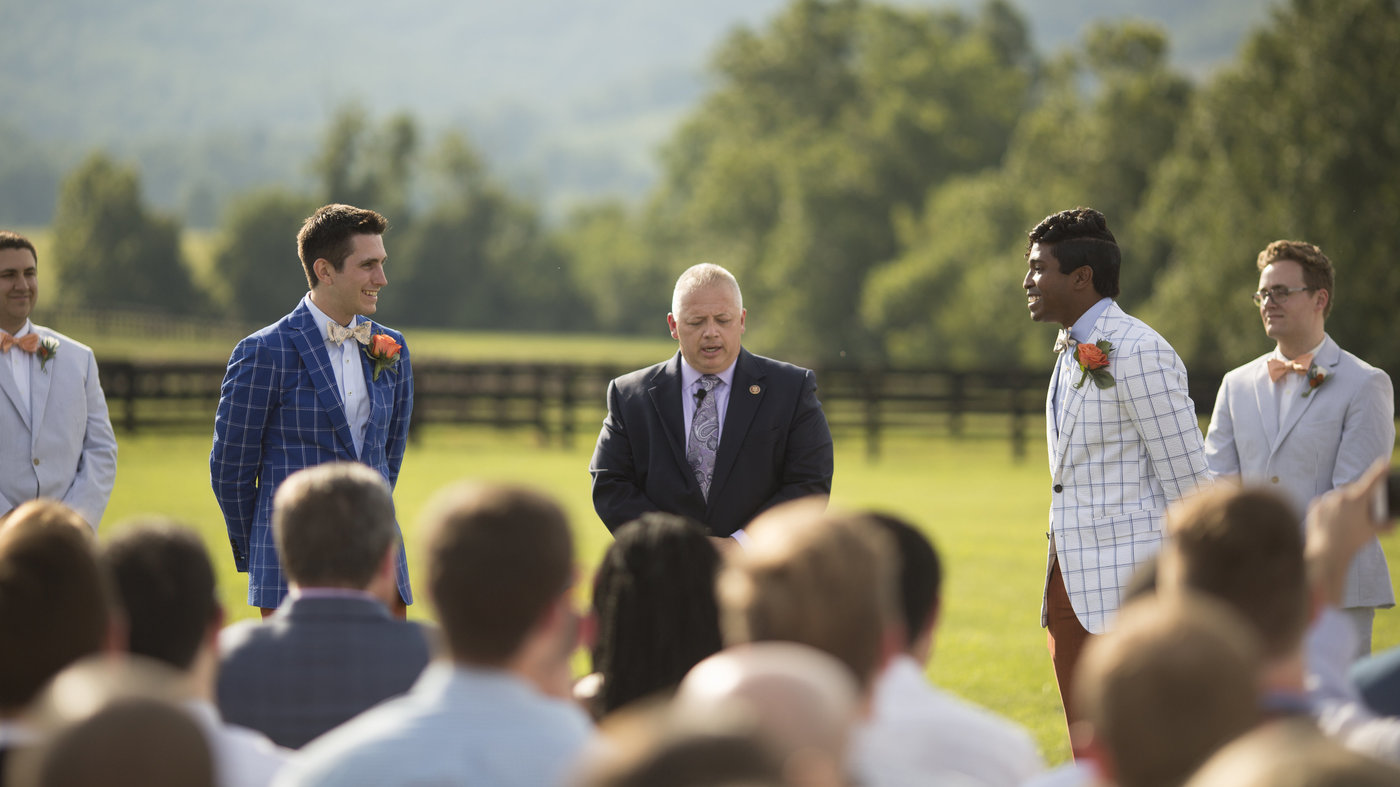 Appomattox County, VA – A Republican committee in Virginia has denounced a GOP member of Congress, in part because he presided over the wedding of a same-sex couple. Appomattox County Republican Committee unanimously passed a resolution denouncing out-going U.S. Rep. Denver Riggleman (R-VA) for “betraying” the GOP’s values and voters. Their resolution lists four instances of betrayal, and the first is that he presided over the wedding of a same-sex couple. “Whereas, in July 2019, Denver Riggleman officiated a same sex wedding which in turn goes against the values and principles of the Republican Party betraying and disregarding the concerns for the many Conservative and Christian voters in the 5th district who elected Denver Riggleman to the United States House of Representatives,” the resolution states.

In a statement at the time, Riggleman said that the wedding was “for two of his friends and campaign volunteers,” Anthony LeCounte and Alex Pisciarino, who he said were a “staunchly conservative” couple. “The Congressman was happy to officiate their wedding and he is proud of these two young people who found their life partner,” the statement said. At the time, the 5th Congressional District Republican Committee introduced a motion to censure Riggleman for officiating the wedding but it failed to get enough votes to pass.

“As a party we do not discriminate against anyone and all are welcome to join us to promote our party platform and support our candidates,” Riggleman said in response to the attempted censure. Apparently, though, he was wrong about the party not discriminating against LGBTQ people and the Rappahannock County Republican Party voted to censure him two months later. And now the Appomattox County Republican Committee is censuring him on his way out of office; first elected in 2018, he lost the Republican primary race in Virginia’s Fifth District. Other instances of Riggleman’s betrayal, according to the Appomattox County Republican Committee, include criticizing Donald Trump for failing to concede to Joe Biden and criticizing Trump for failing to denounce QAnon, the bizarre rightwing conspiracy theory that says that there is an international child sex trafficking ring being run by Hillary Clinton and Tom Hanks in the non-existent basement of a D.C. pizza parlor. “I believe in marriage equality and I despise conspiracy theories.” “My real belief is that government shouldn’t be involved in marriage at all, but if it is, everybody has to be treated equally before the law,” Riggleman said in an interview earlier this year. “And that is part of our Republican creed.” “And it also comes down to love is love. I’m happy to join two people together who obviously love each other.” (LGBTQ Nation – Alex Bollinger at https://www.lgbtqnation.com/2020/12/gop-censures-congressman-officiating-conservative-gay-couples-wedding/)