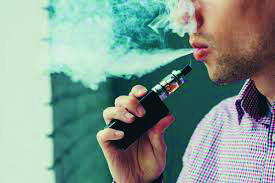 Since most vaping disease has been linked to THC products, does that mean it’s safe to vape nicotine without THC?

Have they found out yet what causes lung damage from vaping?

My son is still vaping.

I saw on the news that vitamin E in vaping liquid is causing the lung disease. I take vitamin E as an antioxidant. Is it dangerous? Should I stop?

As more people are getting sick and dying from vaping complications, we’re also getting a better idea of what causes the illness. There have now been 2,200 documented cases in the US, with 42 deaths. Vaping-related lung damage is appearing in other countries as well. The numbers are expected to keep rising as the disease is recognized and reported more often.

This condition occurs mainly in male teenagers and young men. Sixty-five percent of people affected have been age 18-34, and 14% are under 18. Seventy percent are male. This probably reflects the age and sex of the group most likely to vape, not any special vulnerability among males or among young people.

Almost 90% of people with vaping-related lung damage used vaping solutions containing THC. Thirty-four percent vaped only THC and never nicotine. Just 11% reported they used only nicotine-containing products, and never THC. This shows that although people people who vape THC are much more likely to get sick than people who vape only nicotine, anyone who vapes THC or nicotine can get sick.

The chemical vitamin E acetate has been found in the lungs of everyone with vaping-related disease who has had bronchoscopy, the procedure used to identify lung contents. Vitamin E is an oil-based vitamin found in many foods, including cereals, meat, fruits, and vegetables. It is also sold as a dietary supplement and is an ingredient in many cosmetics, especially skin creams. Vitamin E acetate is a modified form of vitamin E oil used in vaping fluids to dilute THC oil and as a thickener. It isn’t usually used in nicotine vaping fluid. Vitamin E acetate is safe when swallowed as a vitamin supplement and is also safe when applied to the skin. Unlike the stomach, the lungs cannot break down oils, so when vitamin E acetate is inhaled it can block and damage small airways, injuring the lungs.

What’s happening now with vaping among youth is very similar to the history of marketing cigarettes to young people. As recently as the 1960s, cigarettes were thought to be safe and were even recommended to suppress appetite and “calm the nerves.” (Cigarettes only relax a person who is already addicted to nicotine. People who aren’t used to it get jumpy and irritable.) After the massive evidence of the health risks of smoking became too huge to deny, adults were less likely to start smoking. Cigarette advertising then shifted to kids. Do you remember Joe Camel? Candy cigarettes?

Advertising and social pressure resulted in a big jump in smoking among teenagers. Eventually, public health campaigns and bans on advertising tobacco to children made smoking seem less cool. Ever-smoking rates among high school students dropped from 20% in 2011 to 9% today. Now, only 4% of students smoke one or more cigarettes daily. As youth smoking decreased, vaping advertising appeared. Many of the companies selling vaping equipment and fluids are owned by American tobacco companies. Between 2011 and 2015, rates of vaping among high school students increased from 5% to 16%. Vaping companies focused in on these and even younger target users with child-friendly flavors like bubblegum, koolaid, gummy bears, papa smurf, curious George, and unicorn poop.

The only value that the medical community ever saw in vaping was as a tool to help people quit smoking. It’s never been shown to be safe for long-term use. Besides the epidemic of vaping-related lung injury, there are other reasons to believe vaping is dangerous. Tissue from the mouths of chronic vapers has abnormalities in genetic material, a sign of risk for oral cancer.

Vaping is not an effective way to stop smoking cigarettes. It is as addictive as cigarettes. There are other, effective ways to quit smoking. The most effective is the combination of joining a smoking cessation support group and also using nicotine replacement in lozenges, gum, or skin patches. The same methods can be used to stop vaping nicotine. I can’t see any reason why vaping should not be banned completely.