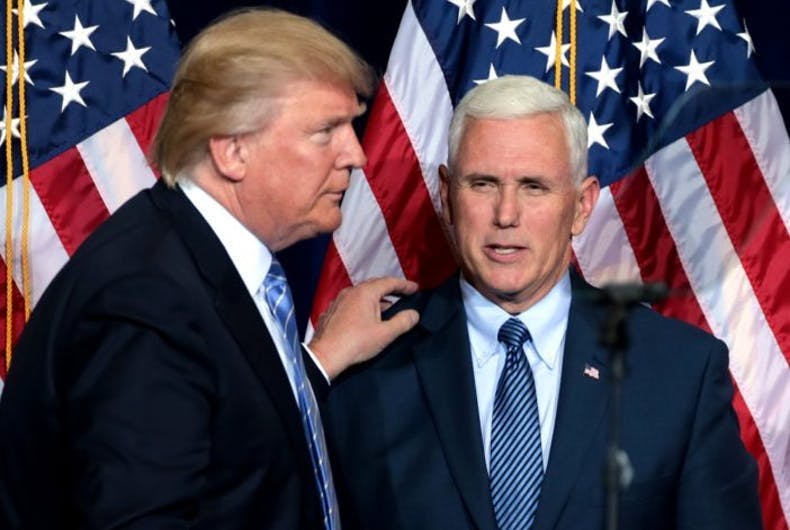 Washington, DC – Alex Bollinger writes in LGBTQ Nation that on November 1st, the Department of Health and Human Services (HHS) proposed a new rule that would allow adoption and foster agencies to discriminate against LGBTQ people. November is National Adoption Month. HHS defended the proposal by pointing to religious freedom, saying that organizations with religious objections to following the rules should still be allowed to get federal money.

The rule would apply to adoption and foster care agencies, allowing them to refuse to work with LGBTQ families. But it would go much further and allow any organization that gets an HHS grant for a health care or child care program to refuse to serve LGBTQ people, even though they are getting federal taxpayer money. Currently, HHS rules ban giving grants to organizations that discriminate based on a list of factors. According to a notice posted on HHS’s website, a proposed rule would remove sexual orientation, gender identity, and religion from that list and allow grant recipients to treat same-sex marriages differently from different-sex marriages.

The change most notably impacts religious foster and adoption agencies. “It is outrageous that the Trump administration would mark the start of National Adoption Month by announcing a rule to further limit the pool of loving homes available to America’s 440,000 foster children,” said Julie Kruse of Family Equality. “The American public overwhelmingly opposes allowing taxpayer-funded adoption and foster care agencies to turn away qualified parents simply because they are in a same-sex relationship.” The rule change would go further than that, allowing all HHS grant recipients to discriminate. Many of these are related to public health, like HIV and STI programs, opioid addiction programs, and health research. Other programs that address various issues like youth homelessness, human trafficking, and pre-K education will also be allowed to discriminate and still receive federal money. (LGBTQ Nation – Alex Bollinger at www.lgbtqnation.com/2019/11/trump-administration-allow-adoption-agencies-discriminate-lgbtq-people)