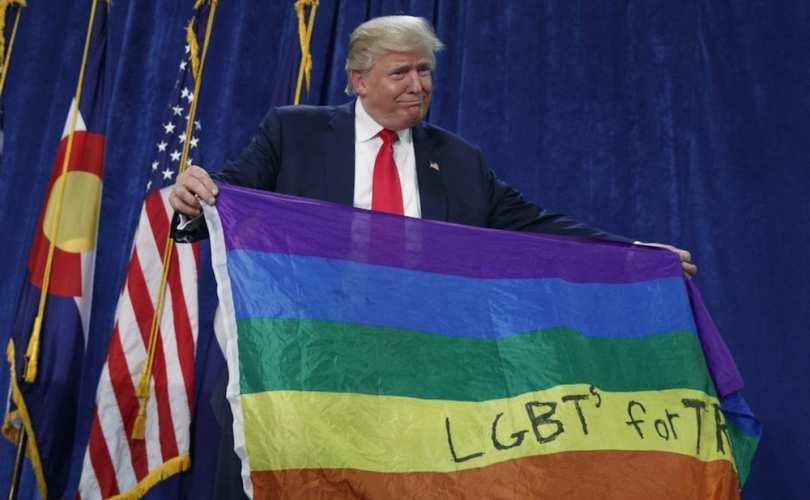 The letter, which was distributed on July 20th, says, “all currently accredited same-sex domestic partners of officers and employees of international organizations serving in the US who wish to maintain their derivative G-4 nonimmigrant visa status and acceptance of accreditation” should ask their organization “to submit appropriate documentation” to the State Department’s Office of Foreign Missions no later than December 31st that indicates “the couple has legally married.” The letter notes the new policy applies to same-sex and opposite-sex partners.

“This is an unconscionable, needless attack on some LGBTQ diplomats from around the world, and it reflects the hostility of the Trump-Pence administration toward LGBTQ people,” said Human Rights Campaign Government Affairs Director David Stacy. Alfonso Nam, president of UN-GLOBE, a group that advocates on behalf of the UN’s LGBT employees noted the majority of the world’s countries do not allow same-sex couples to legally marry. “A policy that prioritizes marriages over all other forms of legal unions will have a chilling effect on all couples in the US under a UN-sponsored visa who are in legal unions other than marriage,” he told the Blade. A State Department official told the Blade, “We will continue to rely on modified principles of reciprocity to advocate for equality in countries which will not permit same sex marriage or accept our same sex spouses as persons forming part of the family of the US officer, with appropriate privileges and immunities.” added the official. (Washington Blade – Michael K. Lavers at Washingtonblade.com/2018/08/02/advocates-express-concern-over-new-state-dept-diplomatic-visa-policy)