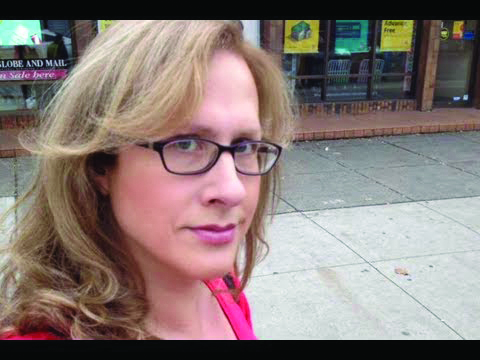 Toronto – CBC News reports that Julie Berman, 51, died on December 22nd after an alleged assault at a residence in the city’s downtown. Friends are remembering her as an outspoken advocate for transgender rights. “She was vocal about transphobia and was always working on education so that there would be better acceptance of the LGBT community,” Berman’s friend, Davina Hader, said in a phone interview. The two met through events in Toronto’s LGBTQ community. “She was, honestly, a beautiful person. She had a very strong aura about her, it’s just very sad,” Hader said. “There’s no reason this should have happened. It’s just tragic.”

Det. Rob Choe of the Toronto police homicide squad said Berman died of “blunt-impact trauma” to her head that investigators believe was caused by a weapon. He declined to provide further details. Choe said officers responded to a call for an assault and immediately arrested a man at the scene. Colin Harnack, 29, of Toronto, has been charged with second-degree murder.

On December 27th, Berman’s friends recalled her generosity – and ferocity – as she fought to improve the lives of those in the trans community. She had helped out with various events at The 519, an LGBTQ charity in Toronto, over the last 30 years, they said. Berman worked on the charity’s Trans Access project. “Julie has suffered violence in the past and it’s important that we remember her advocacy in openly willing to talk about what happens inside the trans community, and her ability to advocate for rights of all members, that made the community better,” said Olivia Nuamah, the executive director of Pride Toronto. (CBC News at cbc.ca/news/canada/toronto/julie-berman-toronto-trans-dead-1.5409429)