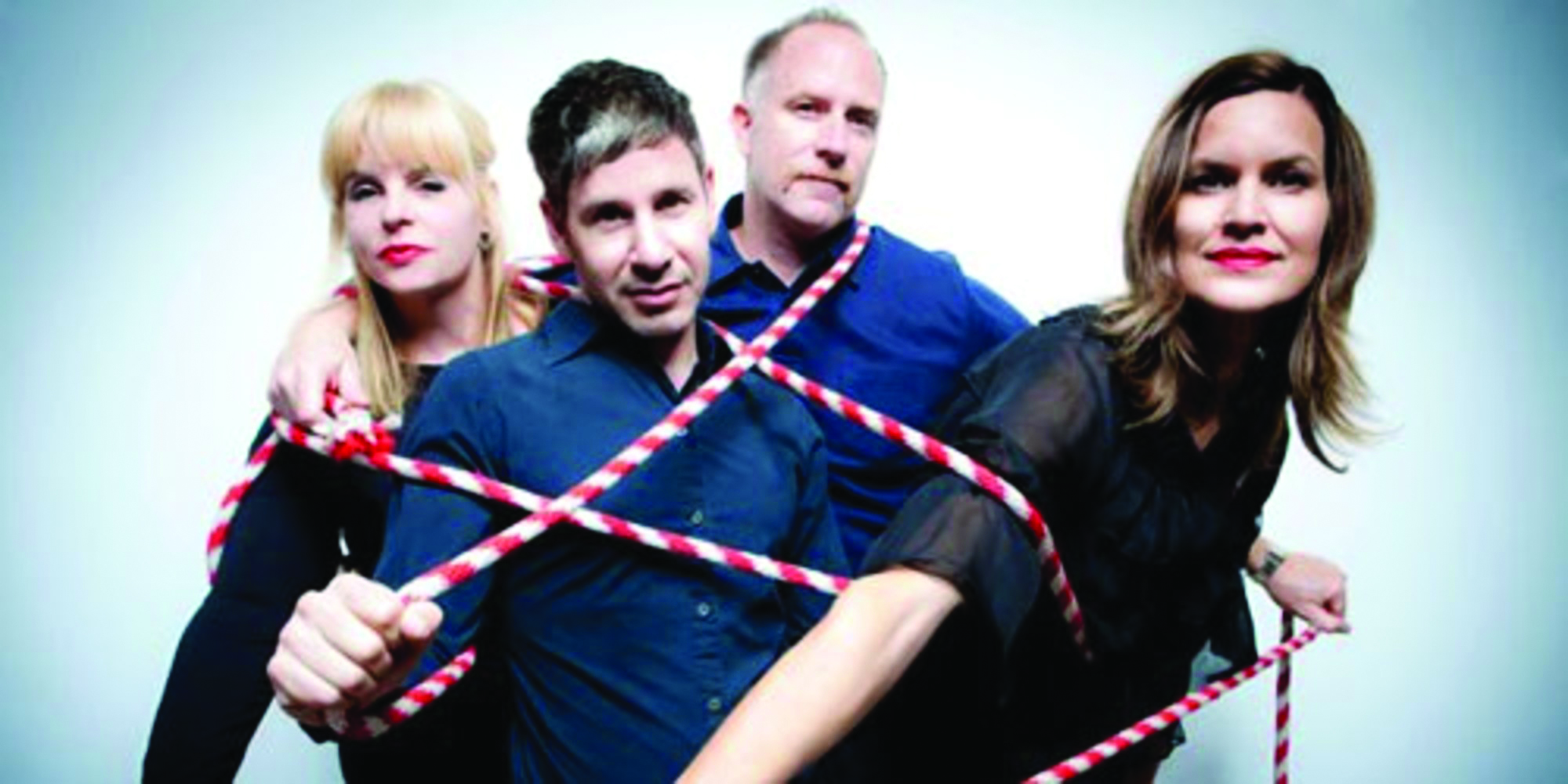 Imperial Teen delivers on the promise of the title of the band’s new studio album Now We Are Timeless (Merge), its first in seven years and its sixth overall. The aptly named second track, “We Do What We Do Best,” almost says it all when it comes to the ten tracks on the album. There are synthesizers, danceable beats, a variety of vocal harmonies, and a blend of humorous and serious messages. The current running through the irresistible opener “I Think That’s Everything” is au courant. “Walkaway” arrives on a sexy dance-pop strut, while “Parade” marches boldly forward, and “Somebody Like Me” is one of the prettiest songs in Imperial Teen’s arsenal. Roddy Bottum, one of Imperial Teen’s two gay male members, was good enough to answer a few questions shortly before the album was released in the summer of 2019.

Roddy, I’d like to begin by talking about “Timeless,” the last song on the album and the one from which the album gets its title Now We Are Timeless. What can you tell me about the message of that song?

Roddy Bottum: We’re a band that’s been together for more than 20 years. It feels like we’re at a time in all of our lives where we’re older people. The question of pertinence and what we were doing when we jumped into the process of recording a record came up. (About) how relevant we felt. The answer to that was very relevant! It came up in a global sense, where the world is now, as far as global warming and how we exist as a world and how long we as a world will exist. When we were making music and creating songs for this record, it felt like we were doing something that would survive elements of time.

I have a friend who says that “Imitation is the laziest form of flattery,” but whenever I listen to the band The Drums, I think that they are honoring Imperial Teen by emulating you and the band. In any case, what does it mean to you to have another band following in Imperial Teen’s footsteps?

To me, that would be super-flattering. I’m a big fan of The Drums. I don’t see that as being what The Drums are doing. I think they have their own sort of vibe. What they do, I feel like they do really well. It would be flattering to assume that other people are trying to emulate what we’re doing. Checking myself, I don’t think I really see it that much. What we lead with is girls and guys singing together and pop harmonies. It’s also sort of a pride thing. I would hope that we’re creating something that’s not replicable.

How would you describe the evolution of Imperial Teen’s songwriting process over the course of the almost 25 years since the band’s 1996 debut album Seasick was released?

Of all things in the band that have changed, and all things that have remained constant, I think the songwriting has pretty much remained the same. I think we work best, and as a testament to who and what we are as a band, when we all four of us work together. We get our best results when we sit down in a room together and come up with things and everyone’s voice is heard. It’s difficult where we’ve come to at this point in the game because we all live in different cities. Getting together and creating music takes a lot. I think we all recognize that doing it together, physically creating in the same room is always what rules as the best possible mode for us.

To my ears, one of the most constant elements of Imperial Teen is the band’s sense of humor. How important do you think it is to maintain that in the band’s songs?

I think it’s super important. We, as a group, have a really good time. We have a good rapport with each other. One of the things that rides high in our gatherings and times together is laughs and what we find funny; our perspective on things. I think at one point we took ourselves super seriously, but I think we realized that when things are not taken that seriously and we are ourselves, in laughter and sharing a sense of humor, that works best for us.

You mentioned having the women’s voices as part of the band. I love the way that Lynn Perko-Truell and Jone Stebbins are featured in the lead on “The Girl.” How did that come about?

That’s an interesting one. We had a different recording of that song. Will (Schwartz) and I pretty much write the lyrics for the songs. That’s what the two of us do together. We had written that song and Will recorded a vocal take with the lyrics that we wrote. Lynn, I think, was not particularly crazy about the lyrics. She didn’t like what was being said. We said, as a challenge to her, “Then write some other lyrics.” Kind of in a pissy way [laughs]. She and Jone did, and we collaborated a little bit, but it was coming more from the women’s perspective. That’s how the two them singing that song came about.

Speaking of Lynn and Jone, is that them on the phone conversation recording heard on “Ha”?

No, that’s my friend Susie, from Los Angeles. She was going though a hard time. We were in the studio and she left that message. I was listening to it when we were mixing that song and I felt like it was a good place for it to sit.

Even though the Imperial Teen band members are living in other places, I think many people still associate the band with San Francisco. With that in mind, the new edition of Tales of the City is airing on Netflix. Were you a fan of the books and the other TV series and do you have plans to watch this one?

For sure I’ll watch the new series. I love the books and I’m a big fan. It’s kind of an interesting perspective for us. We all lived in San Francisco in the 80s. I moved up there in 1981. At that point it was such a crazy, different city. The Maupin series takes place even before that. At this time, it’s a bygone era. San Francisco now is crazy. There are elements that are there that we still love, but it’s changed into more of a tech, expensive, and different lifestyle place. When we were there, I lived in a beautiful Victorian flat with six friends in the Mission and I paid $160 rent. We would eat $2 burritos every day. It was a crazy mix of weird gay people and strange artists and people who were into leather and hippies and punks. It was a crazy collision of a lot of different cultures. I don’t find it that way in San Francisco so much these days. So it’s always nice to see something like Tales of the City that comes up and reflects back on a time when we were there.

Finally, is there a possibility of an Imperial Teen tour?