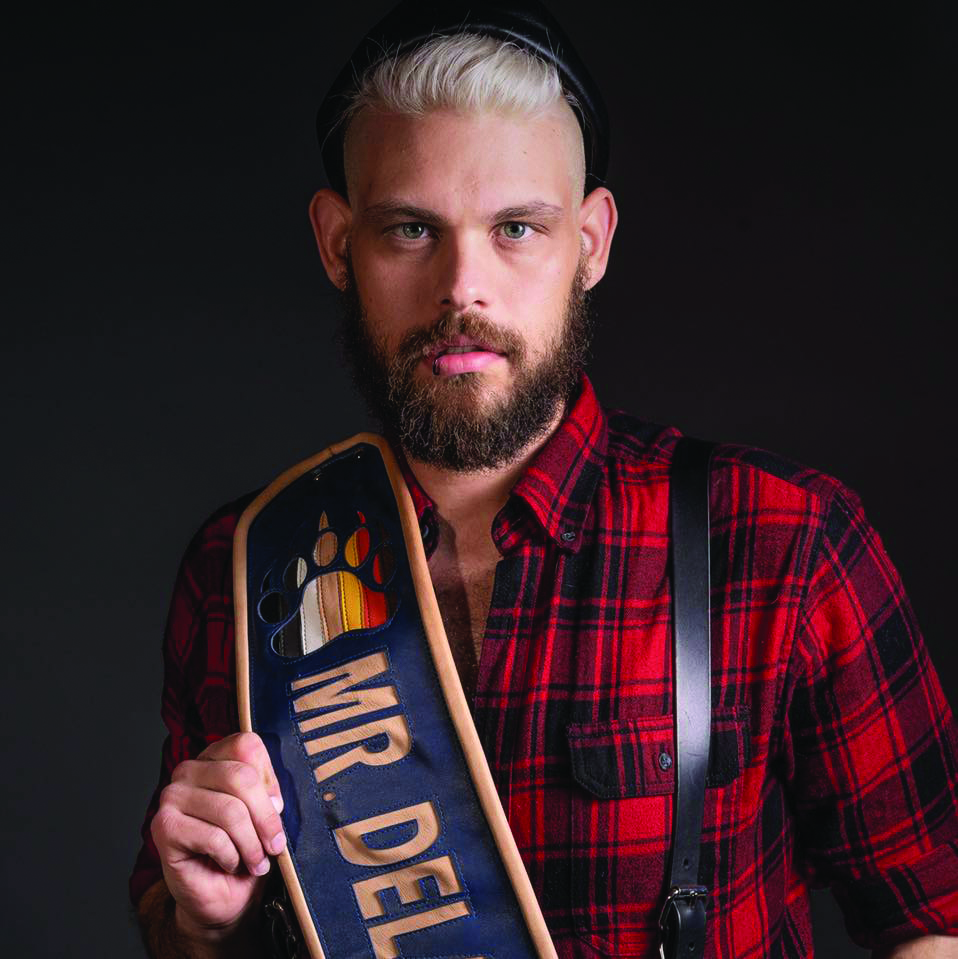 How do you turn a random Wednesday into something special? You hang out with the DC Boys of Leather. Join them for happy hour on Wednesday, July 10th from 6 to 9 at Larry’s Lounge (1840 18th Street NW, Washington, DC).

Friday, July 12th at 9 pm brings another Baltimore Pup Night sponsored by Let’s Go Play to the Baltimore Eagle. Upstairs at the Baltimore Eagle you will find a large mosh pit space and a big ball pit. What better way to celebrate the dog days of summer!

On Saturday, July 13th the Knight Hawks of Virginia leather club will be hosting Kilts and Cigars starting at 9:30 pm at MJ’s Tavern in Norfolk, Virginia. It may be difficult to think of Christmas in this warm weather, but the ShipMates Club of Baltimore is ready to kick off their big Daddy Christmas fundraiser. Although the main event is not until Saturday, December 7th at the Baltimore Eagle, join the ShipMates for “Ho Ho in the Heat” on Sunday, July 14th starting a 4 pm at Mixer’s (6037 Belair Road, Baltimore). There will be a cookout, a silent auction, pictures with Santa (Mr. North American Bear 2019 Kevin Barni), and more. This year’s Daddy Christmas charity is CHANA, which for over 25 years has been helping people in our community deal with physical, psychological, sexual, or financial abuse.

July 19th is DC Pup Night at the DC Eagle starting at 8 pm. The Capital Pups and Handlers are a fun group. There will be a puppy moshing and drink specials.

The DC Boys of Leather will be at the DC Eagle on Saturday, July 27th starting at 9 pm for “Red, White, and Blue Balls.” Throw on your favorite red, white, or blue gear (leather, rubber, jocks, whatever) and join the fun. On Friday, August 2nd Ms. DC Eagle 2019 Alyssa Durnien and Mid-Atlantic Leather Woman Bootblack 2019 Amy D. Phillips and Mid-Atlantic Leather Woman 2019 Julie Vanderlee are teaming up for a bar night at the DC Eagle starting at 8 pm. You can also catch the Mid-Atlantic Leather Women on Sunday, August 4th from noon to 4 pm at the Clifton Pleasure Club for a BBQ and Art Auction Extravaganza. Come out and support these amazing leather women.

Thursday, August 15th the Living in “Leather Conference 2019: A Celebration of Leather Culture” will be held at the Hilton Alexandria Mark Center in Alexandria, Virginia,

On Friday, August 16th at the Baltimore Eagle starting at 10 pm the Atlantic States Leather Family will celebrate their regional titleholders as they prepare to depart for Dallas and the International Leatherboy and International Community Bootblack Contest. Proceeds will benefit the travel fund.

August 29th to September 2nd brings the popular Master / slave Conference to the Westin Tysons Corner in Falls Church, Virginia. MsC is the largest gathering of Masters and slaves and the only fully educational event on Master / slave relationships.

Now is the time to make your reservations for September 27th – 29th and the Mr. Virginia Leather Weekend presented by the Knight Hawks. The Best Western Plus Holiday Sands Inn & Suites in Norfolk is the host hotel. There will be a leather vendor fair, a jock party, a Sunday brunch, and the Mr. Virginia Leather Contest. Details can be found at Knighthawksofva.com. These are just a few of the leather events coming up in July and August. After a hot and busy summer in the Mid-Atlantic leather community, a late September vacation sounds like a great idea!