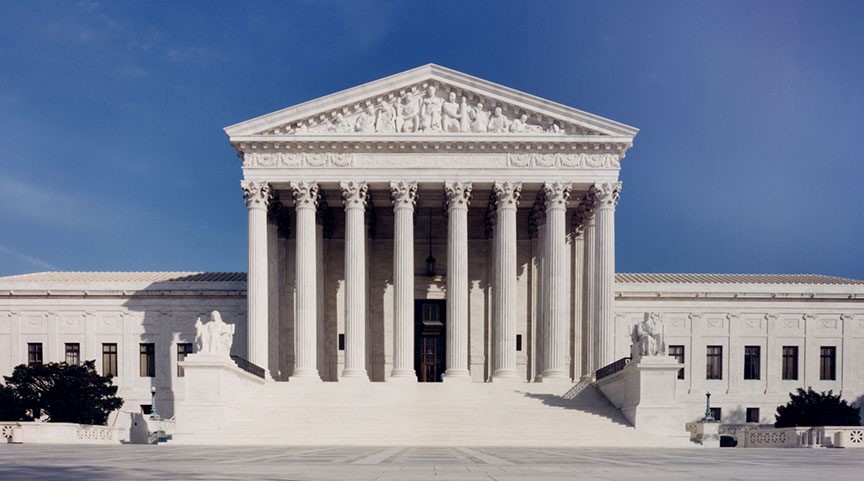 “WE HAVE RIGHTS!” My world exploded this morning. The three much-anticipated Supreme Court decisions have been rendered. The court held that Title VII protects gay, lesbian, bisexual, and transgender people even if they were not in the mind of those who wrote the law. It was a six to three decision from a conservative Supreme Court. This is a watershed moment in the LGBT history. Not only because of this decision but because it has such broad reaching implications to our community. They finally see us!

The Supreme Court heard arguments in three cases to determine if people can discriminate against LGBTQ people based on sexual orientation and gender identity. The future of our communities’ rights was at stake here in the United States. The three cases before the Supreme court were Bostock v. Clayton County, GA, Altitude Express v. Zarda, and R.G. & G.R. Harris Funeral Home v. EEOC.  The first two cases involve plaintiffs who were fired for being gay.  The Harris Funeral Home case involves plaintiff Aimee Stephens, who was fired for being transgender.

While two of the three plaintiffs, Zarda and Stephens, died before the verdicts were published, the families keep the suits going. Today the Supreme Court rendered the verdicts. Title VII does apply to LGBT people and yes that means we have rights. Justice Gorsuch wrote, “An employer who fires an Individual merely for being gay or transgender defies the law.” Wow this is amazing.

While I care deeply about all three cases, I think the Aimee Stephens’ case has the farthest-reaching impact and the broadest implications on the ability of the LGBT community to work and provide for ourselves. We are already marginalized, and this could have been a crippling blow to our community. The employer argued that redefining sex to mean gender identity creates chaos, which is unfair to women and girls and puts employers in difficult situations. However, I call bullshit then and I call bullshit now and the Supreme Court agreed.

Up until this decision it was legal in many states to fire workers for being gay, bisexual, or transgender. Here is part of what Justice Gorsuch wrote, “When it comes to Title VII, the adoption of the traditional but-for causation standard means a defendant cannot avoid liability just by citing some other factor that contributed to its challenged employment decision. So long as the plaintiff’s sex was one but-for cause of that decision, that is enough to trigger the law.”  This means that just the fact that sex was considered as a reason, that in itself is enough to find discrimination.  Even with the transformation of the Supreme Court by President Trump this is a “HUGE,” win for our rights.

To me the original argument came down to a few things: one is power, another is religion, and the final one is money. The funeral home where Aimee was fired wants to be able to determine how a person presents themselves in their business according to managements’ religious beliefs. In my opinion, this is not their choice and frankly none of their business. It is the individual’s choice of who they are.; not the employer’s religious desires about who their employees should be and now the United States Supreme Court has agreed.

The Constitution gives us freedom of religion, which I believe means you cannot impose your religious beliefs on other people. This is what the funeral home was trying to do.  The funeral home was worried about how the public will respond to an employee for being transgender and also worried that it might hurt their business. I have experienced this type of discrimination firsthand. I think the public, especially those grieving the loss of someone, care less about a person’s gender identity and more about if a person is kind, compassionate, and competent.

I believe the way people reacted when I started to come out as transgender in my chiropractic practice is typical of how most client/customers will respond in other businesses. For the first six months of my transition, I started dressing androgynously. I then started to slowly dress in a more feminine way. My patients never missed a beat and just accepted me. A few asked which pronouns they should use, and a couple asked if it was because of my acting. However, I didn’t lose any of my patients because I changed gender. In fact, I think I made several of my female patients more comfortable.

On the other hand, I also started a new job around the same time. When the wife of the owner found out that I was transgender, after seeing it on my Facebook page, I was fired less than a week later. Of course, they claimed it was for some other reason, rather than to admit the truth. I always love this about the religious right. I wonder if I should revisit that?

The funeral home sees Aimee as a guy in a dress. However, I am sure that’s not how she saw herself. I struggled for years with this issue and it has never been about the dress; it is about how the world sees me, but more importantly how I see myself.

Stephens was a model employee until she revealed that she was transgender. Remember it’s not about a guy in a dress, or about transgender people using their preferred bathrooms. Just like it was never about water fountains in the 1960’s. It’s about money, power, and religion … plain and simple. Thank you, Supreme Court, for standing up for our right to exist. As always love, light, and peace. Sophie