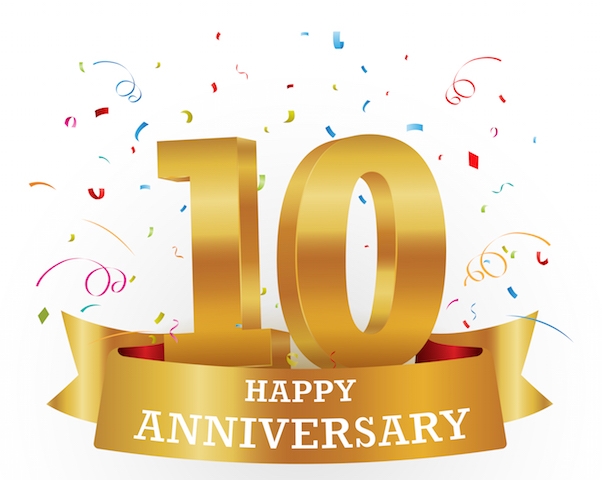 This past summer marked my ten-year anniversary as Laura. It was June 12, 2006 that I stepped out of a Pennsylvania courthouse with my legal name change document in my hand. That afternoon I went to the Social Security office to change my name and then to PennDot for my updated driver’s license – new name and new photo. (It would not be until a year later that I was permitted to change the “M” to “F” on my license.)

This decade has been one of extraordinary events for me and for our community. Within a year of embarking on my 24/7 journey as Laura I made that unforgettable road trip to Colorado to visit Dr. Bowers where she did her magic. After that, everything became legal – my Social Security gender marker was changed, I returned to the Pennsylvania courthouse for the court- ordered gender change which then allowed me to change my birth certificate as well as the all-important “M” to “F” on my driver’s license. A distant impossible dream was actually coming true.

Yet, it was all so new and so scary. How could I ever get by as a woman after living half a century as a guy? I had trouble finding employment. I was told that my university transcripts could not be updated with my new name because they were on microfiche. How could Laura ever get a job using Michael’s transcripts? It could not be done. I was essentially stripped of my college degree until I convinced them that they were a university – smart people who can figure things out … eventually, they did. (They told me that no one had ever requested this before except for a few alumni in witness protection.)

Somehow I got a job as a substitute teacher, applying and working in stealth. I had successfully changed my Pennsylvania Teaching Certificate to reflect my new name. My criminal background check would have revealed my old male name to future employers, so instead of my male first name I used only the initial on the application, thinking it would surely be bounced back. It was not. I was actually able to work successfully in elementary classrooms as Ms. Anderson. This was all beyond my wildest dreams.

Eventually I went on to earn my master’s degree and to teach at a university – all as Laura. Thinking back to that ice machine which had been such a milestone so long ago reminded me of just how far I had actually come. I am living the dream of a little girl in the 1950s forced to live her life as male; persevering to eventually find her true self so many years later in life.

But this is only part of the story of this remarkable past decade. The world around me has also been changing in astounding ways. Although strides have been made in transgender rights, we are still a marginalized group. When I first began my transition we were largely unnoticed – pretty much off the radar. No one was passing legislation that defined us in negative ways or that was designed to restrict our rights. No one noticed or seemed to care what restrooms we were using. No one in authority was attacking transgender children in our schools. Things have indeed been changing.

In the next article we will examine the momentous events that have rocked the lives of transgender people in this past decade – both amazingly good and also not so good. We will look at some of the ways our society has been shifting to more fully value and welcome us, and how for so many transgender people the increased visibility of this past decade has led to ever more danger… danger from others and also from ourselves.

Laura Anderson is an educator, author, researcher, parent, and granddad. Her years teaching in public school as male provided the foundation for her more recent role educating future teachers. Living female for the past decade, she has come to appreciate the privileges she once held– both male and cisgender– privileges now replaced with the fulfillment of living as her true self.