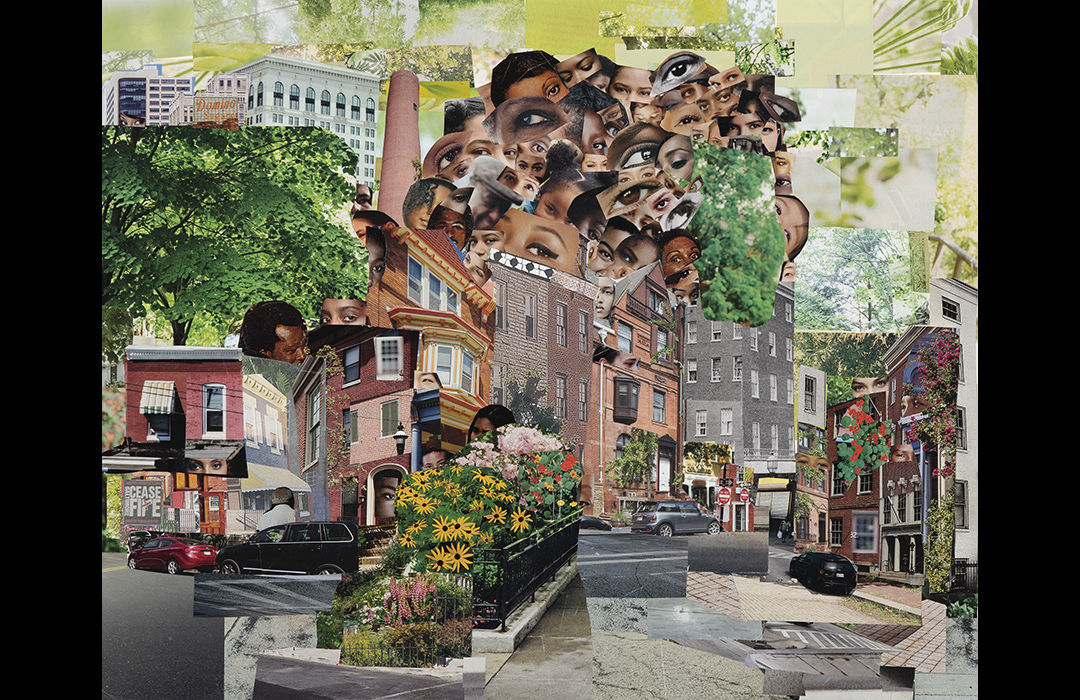 “A Man—a member of our community—comes before us. He knows he has wronged us but asks that we show him mercy. He starts to tell us his story…”

So begins the story of Where We Stand, the extraordinary new work by playwright Donnetta Lavinia Grays which is currently streaming online via Baltimore Center Stage through April 26th. Where We Stand tells the story of a man stripped of companionship, and how just one kind stranger can tip the scales. This brand-new fable of penance is a supernatural tale of loneliness seduced by kindness, and asks audiences “what do we owe each other?” Though live performances of Where We Stand had been cancelled due to COVID-19, audiences can still experience the story virtually online by streaming a video from the comfort of their own home. Baltimore OUTloud recently chatted with playwright Donetta Lavinia Grays regarding her new work, her inspiration, and more than ever, the importance of community.

Frankie Kujawa: What inspired you to write Where We Stand?

Donnetta Lavinia Grays: Well Stephanie [Ybarra, Artistic Director of Baltimore Center Stage] had been running the The Public Theater’s Mobile Unit in New York and we had just done a production of William Shakespeare’s Twelfth Night. The mobile unit travels into communities that have limited access to theater. Some of those are incarcerated communities. There’s no pretense when we visit them. They know they are there and invite us to into their space. We talk to many of those incarcerated before the show begins. There is no fourth wall before the show starts. We introduce ourselves as who we are, and not our characters. It’s a very open. When the show comes down, we’re right there with them so it’s this one little square space and we’re all on the same level. There is no hierarchy between the audience and the performers.

FK: What happened after you performed Twelfth Night?

DLG: I was able to talk to some of those men in the incarcerated communities. What touched me about them was they really connected with [Twelfth Night]. One young man had been separated from his family and community while incarcerated. He connected with that sense of separation that is in the story Twelfth Night. I just had this feeling, when Stephanie offered me the commission, that it was basically to serve those audiences, the audiences that the mobile unit served.

FK: What story elements did you to want to make sure were encompassed with Where We Stand?

DLG: The commission was set to incorporate all the elements of what the Mobile Theater Unit embodied. It had community-centered and the language had to be heightened. It had to be poetic and interactive and very alive. I wanted to center the story with someone like these folks who had been ostracized and didn’t have access to community. I wanted to put this character in the center of the town we built in real time. That was the inspiration of it. Putting someone who was on the outskirts of the ‘thing’ in the ‘center of the thing.’

FK: Sadly, due to Covid-19, Baltimore Center Stage had to reimagine how this work was going to be available to audiences and viewers. How did you prepare this performance differently and so quickly in order to make it available online?

DLG: It was such a whirlwind, to be honest. The director Tamilla [Woodward] was back in Brooklyn, NY. We were trying to figure out the best way to capture the play if it the live performance would be cancelled. We didn’t know. We took the first few days to find out what our options were. We wanted to grab some audio and some video. It was important we understand the medium in which we were trying to convey the story. Since the play is so interactive to begin with, we had to understand how we were going to invite the audience into this space. It was very much audience-centered than a solo piece. So we knew it couldn’t be a camera sitting in the audience as a 4th wall. It had to the way that it is now -speaking directly to the viewer. We wanted to compliment the medium that we were going to be forced to use. With that in mind and with Stephanie bringing in the local filmmakers to do it with their creative vision, as well. It was a real organic creation of the thing. But it happened really quickly out of necessity. They wanted me to be as safe as possible and our stage management wanted to make sure everyone was safe. So, we were able to get in, get what we needed to do, get out and then hunker down at home. Everyone was very kind, generous and beautiful during the process of filming this.

FK: What is your definition of the word “community”?

FK: Where We Stand is really one of those performances that you must see to understand, and it leaves you with such profound feelings. What do you hope audiences/viewers take away from this performance?

DLG: I think it goes back to that question about the definition of community. I wouldn’t go so far as to say I think this will change the entire world, but I do hope that after seeing this that people won’t pass each other by in the same way. For me, I think that’s really is it. I want people to think, ‘Oh, I see you. I see my connection to you, and I see my responsibility to you.’ We’re not these desperate little islands going through life. We’re all in this thing together, and we really do have a responsibility for each other. It doesn’t have to be that we go in and we make these huge gestures. Just the ability to connect with someone and say, ‘I see you and you’re not in this alone.’ That can be life-altering for someone. While I was writing this production, it was hard for me to just pass by just homeless folks on the street. It was hard for me to not be present because I would see this character of ‘man’ everywhere. My hope is that you see him everywhere, and that you see that we are part of a whole.

For more information, or to stream Where We Stand, please visit: https://www.centerstage.org/plays-and-events/mainstage/where-we-stand