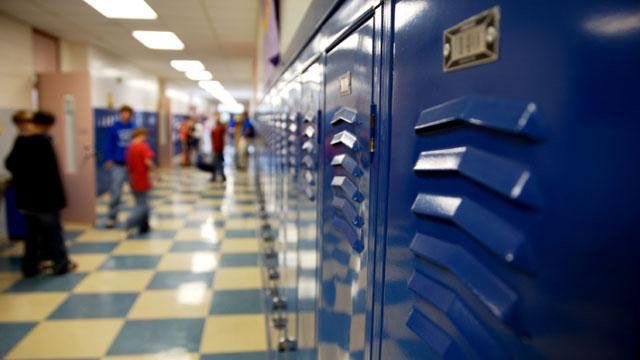 Thursday, I spoke at a local high school’s gay/straight alliance (GSA) about growing up immediately before America’s marriage equality shift. Walking the hallways, I felt the impending doom from my own youth slowly creep back over my shoulders. I was there for half an hour before meeting with the students, and during that time, I felt 15 again. Awkward, confused and trapped; all of the terrible emotions teenage me had long since buried came flooding back as I sat among the future of our community.

Possibly a side-effect of second puberty, but I feel like we could learn something from teenagers currently wading through ever-changing bodies, minds, and social constructs. It is not a new topic that I figured out early on I was not the little girl the world saw. I have documented my childhood before. My own awkward high school moments were primarily peers noting that something I was doing, saying, or wearing implied that I wanted to be a boy. I make the joke that when classmates turned my deadname into a joke, I should have listened; but the truth always circles back that I knew who I was long before there was anything that could have been done about it.

Now is an infinitely different time to be a teen and realize plumbing is the problem, not your brain. Remember my frequently-mentioned supportive parents? It is infuriating knowing that if I was 15 now, they would be jumping through all of the hoops to get me on HRT, and a consultation for top surgery. I should be grateful, instead, I am bitter I did not win the birthplace and time lottery to get both the supportive parents and the ability to grow up as Asher. Behind my smile is a lot of pain from struggling to reach the point where waking up each morning is something not to dread. Because my strength comes from a knowledge that feeling how I used to is not a place that anyone should have to wade through. We have this idea that children are constantly telling falsities under the guise of their imagination. When I was four, my parents assumed I was going through a phase. By puberty, the adults in my life anticipated my “blossoming” as the end to my awkward ambiguity; little did they know of the wonders of the hooded sweatshirt. I sat across from a group of teenagers doing the same things I did. I watched them use humor to mask how uncomfortable they felt having to explain themselves to yet another person; when is it not enough to simply say, this is who I am?

Sitting with me since I walked out of that school, is the knowledge that there are teens that are going through battles worse than my lowest point, and I cannot go pluck them from their suffering and transport them to the “me now” portion of their lives. I stand in front of them and tell them their fight is valiant, that I love them, and tomorrow is worth fighting for; then I sit down next to them and feel exactly how far away my own words seem, how dimly they shine from the view of a struggling queer teenager. My Christmas wish is for the kids who hide who they are, and dream of the same world I did when I was their age; that we all can just live. Not after fighting, or struggling, or crying until there are no more tears, but just because we already are. We are all already here. We always have been. My wish is that we finally can give that simplicity to every little kid who just wants to wear swim trunks instead of a bikini. I wish you all happy holidays and a peaceful new year.