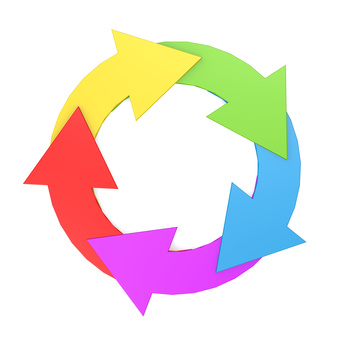 Do you remember 2012? If you do, you probably remember articles and memes making the rounds on the internet, claiming that the world would end on December 21, 2012. This is supposedly the last date of the Mayan calendar, regarded as the most sophisticated and accurate of the ancient world. Some took it seriously; others didn’t. After all, there’s always someone predicting the end of the world and so far everyone has been wrong.

Even if you don’t remember 2012, you’ve probably heard about the Mayan “prophecy”. Over the last few months, an updated version has been making the rounds, claiming that eight years were lost when the Gregorian calendar was introduced in 1582 and we’re actually still in 2012 (according to the Mayan calendar). In light of the current pandemic, social movements, and political chaos, the end of the world didn’t seem so far fetched as it did eight years ago. This time, the end of the world was predicted to be June 21, 2020. Again, they were wrong.

This isn’t a criticism, though. Part of life is knowing that everything will end eventually. For decades we’ve discussed the limits of our world, from fossil fuels to rainforests and dwindling resources coinciding with an ever-growing global population. Experts are always telling us that, one way or another, our world will no longer be sustainable and that, when this happens, it will signal the beginning of the end. It isn’t unreasonable to look to a pseudo-scientific expiration date from an advanced ancient society for a little stability amidst the chaos.

What’s even more interesting, though, is that back in 2012 experts were predicting a different kind of ending in 2020. There are several theories that overlap, but the gist of it is that social movements and changes happen in cycles, and the next cycle was predicted to begin now, in 2020.

George Modelski published his “long cycle” theory in 1987, asserting that global politics, the economy, and war work together to create a long cycle that ends in significant change. Dr. Dan Cox interprets Modelski’s long cycle as lasting 70 to 100 years, ending with a change and restructuring of the global power hierarchy. So, if you’ve been wondering if the United States will emerge from the pandemic as a world leader, it could be because the long cycle is ending and the writing is on the wall.

That’s not to say that this will happen, though. Cycles are part of both nature and society, but we still have a lot of learning to do about the latter. All the theories are interesting, though, because they are all based on solid, historical facts and events. Think of a volcano: it takes years for enough pressure to build, resulting in an eruption. A number of variables are involved, so it’s often difficult to predict when an eruption will happen. However, when those variables stay somewhat stable, we can predict what will happen and when. “Old Faithful” in Yo-Semite National Park is a good example (though not a volcano) because the geyser adheres to a faithful schedule.

No one knows what will happen. We can make predictions and use our knowledge to make informed guesses, but sometimes they’re just that: guesses. I chose to write about social cycles because it seems relevant to this point in the pandemic and in time. We are poised for some big changes in the coming months, and it seems that we’ve more or less accepted that the pandemic is and will continue to affect society for the foreseeable future.

The Before Times are gone, and many now feel that we shouldn’t aim to return to an exact recreation of pre-pandemic life. There were (and are) a number of things that can be changed for the better. So, if this is the end of a cycle and therefore life as we know it, maybe we should focus our attentions and energies on creating a better, stronger, fairer society for the next cycle. This may be the end but, if so, it’s also the beginning.