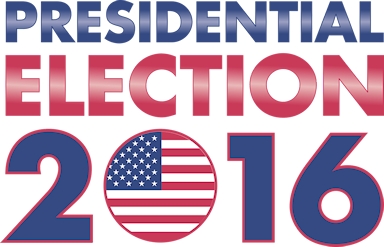 With just two weeks to go in the 2016 race for the presidency, we have seen just about everything haven’t we? Three of the most spectacular debates that have been “highlighted” by brutal remarks like “she’s a nasty woman,” a parade of a dozen women with charges of abuse following “the tape” and remarks that have led many Republicans to publicly declare that their own candidate is not fit to serve as president. All candidates have flaws and there are in fact low approval ratings for both candidates. Wikileaks of emails sprinkling out daily have confirmed the hard-ball politics played by the Clinton campaign and these have apparently underscored low approval ratings that she is taking into the election. Under any “normal” election, with a traditional candidate on the GOP side, we might see the tightest of races now. But would we see a tight race really? What does this rather tumultuous moment in politics mean for the future of politics and our two political parties?

In this election, we are seeing the deepest of divisions between urban and rural voters, young and old, men and women, educational differences, and deeper political division by race. I’ve been a political scientist for more than 20 years and many in my circles say we’re seeing the final stages of a political realignment.

A realignment is a moment in time when the traditional coalitions supporting parties are altered. Realignments are often generational and come about with issues that cut across existing parties. They split them up, coalitions of voters find new candidates and new parties to support. Realignments lead to different types of parties and end in a new party or coalition dominating American politics for what might be decades.

I believe we are here now. The Trump coalition appears to be the “last stand” of the GOP of old. For many years, the GOP held together a powerful coalition of business-interested voters that were higher educated and of higher socio-economic status. Let’s call them the “Chamber of Commerce” voter. They have big money to spend on campaigns, a lot of power of networks, but there are fewer of them to vote.

The GOP could not dominate on “Chamber types” alone. The “Chamber” voter and GOP strategists needed more and brought into their tent far right leaning social conservatives with the “moral majority” of Jerry Falwell, “Christian Coalition” of Ralph Reed, and today groups like the Family Research Council. Then comes the Tea Party and the candidacy of Donald Trump that brought forth largely rural, white men, from a blue-collar background. Rural America and Rust Belt cities offered a new brand of “conservativism” that is populist, not conservative. Interestingly, this base of voters was, in fact, mobilized by GOP operatives, big money from the “Chamber” types, and a wave of conservative media designed to appeal to the anger, despair, and fear of a changing America. It was, in essence, a long time marketing campaign designed to mobilized voters who feared new values, new ideas, diversity in race, gender politics, and LGBT rights. Families are no longer the same and that scares a lot of people in the heart of conservative/populist America. The marketing campaign did its job well, appealed to fear, took advantage of some deep seeded anger and even hate. It did bring out voters and it might have been fine as long as the party and the “Chamber” could still control power after the election.

What was unexpected, however, was that what they created, could no longer be controlled. The Tea Party activism has brought new populist policies that have turned on the “Chamber” and Wall Street. The candidacy of the Donald Trump and the deep, deep divide between urban and rural America is evidence. Populism is a conservative force on patriotism, traditional conservative values, but also more liberal on regulation of business, trade, and more. Moreover, American business has always changed with its customers. It is forward thinking and adapts to the customer and its need for a top-notch work force. For the “Chamber,” a diverse and changing society means a need for a diverse and talented employee who is open-minded to diversity and inclusion. It means a diverse customer base that demands products and treatment in the marketplace that is consistent with pluralist values For the traditional “Chamber” voter and GOP intellectual at the National Review, Trump is not only “no business conservative” but he is also the type of thing that drives the wealthier, intellectual Republican that adapts to societal change…away… far away. And then there is the “moral majority” conservative that may not see Trump as exhibiting the morals of their part of the base. Where do they all go after what is likely a big win by Hillary Clinton? Some of the Chamber types are already voting Clinton, some are voting libertarian, and some may just stay home. Others, however, are straddling the fence and in an unbelievable position of knowing that their careers as elected leaders is inexplicably tied to the need for this new, angry, blue-collar and largely male base to turn out. Without them, they lose, and with them… they may lose anyway. Thus, the new populist GOP taints and brands this party as a different kind of GOP with an uncertain and cross-cutting set of values that may not stand up to even the demographic of today’s America.

What makes this a realignment to me is not only this division but demographics. It is why I call the Trump candidacy the “last stand” of the GOP of old. The Trump voter is older, male, blue-collar, rural, and deeply conservative. It is also a small part of the American voters base, it is not the most reliable voter, and it is dying … quite literally. It has pushed the party far to the right and farther away from the middle and independents. It has alienated the fastest growing demographics like millennials, minority voters, and women. It is also alienating the “Chamber” voter. If the GOP stays wed to the Tea Party and continues mobilization of this base, it loses this election and perhaps the next.

If the Chamber and party operatives are still in power, they can only hope to change who they mobilize. They tried this several years ago with an important GOP report that stated the dire need to adapt to a new and changing America. They tried and clearly failed miserably in this election. They created a political conservative, populist force that they expected to continue to control and this time they could not. If indeed this new populist GOP is the “new party” then they have created a rather loud, active base of voters that is small, shrinking, and that doesn’t reflect the values of the “Chamber” voter. This party will lose again, and again, and again on the national stage, on the state stage, and will become isolated in legislative districts in rural areas of America. That is sad too because rural America is suffering, it does need help, and yet their elected leaders will not have the power to do so unless the newly dominant Democrat party reaches into rural America to help.

“Last stands” are tumultuous and even can be violent. It is really, really hard to watch a demographic in America lose power. Loss of power breeds desperation and a clinging together with a hope that the ideas you share will matter. This election certainly is a “last stand” for the GOP and its aftermath will be a moment of reckoning. A time to change or to be lost forever as it was once known.

Roger E. Hartley is dean of the College of Public Affairs and Professor of Public and International Affairs at the University of Baltimore.