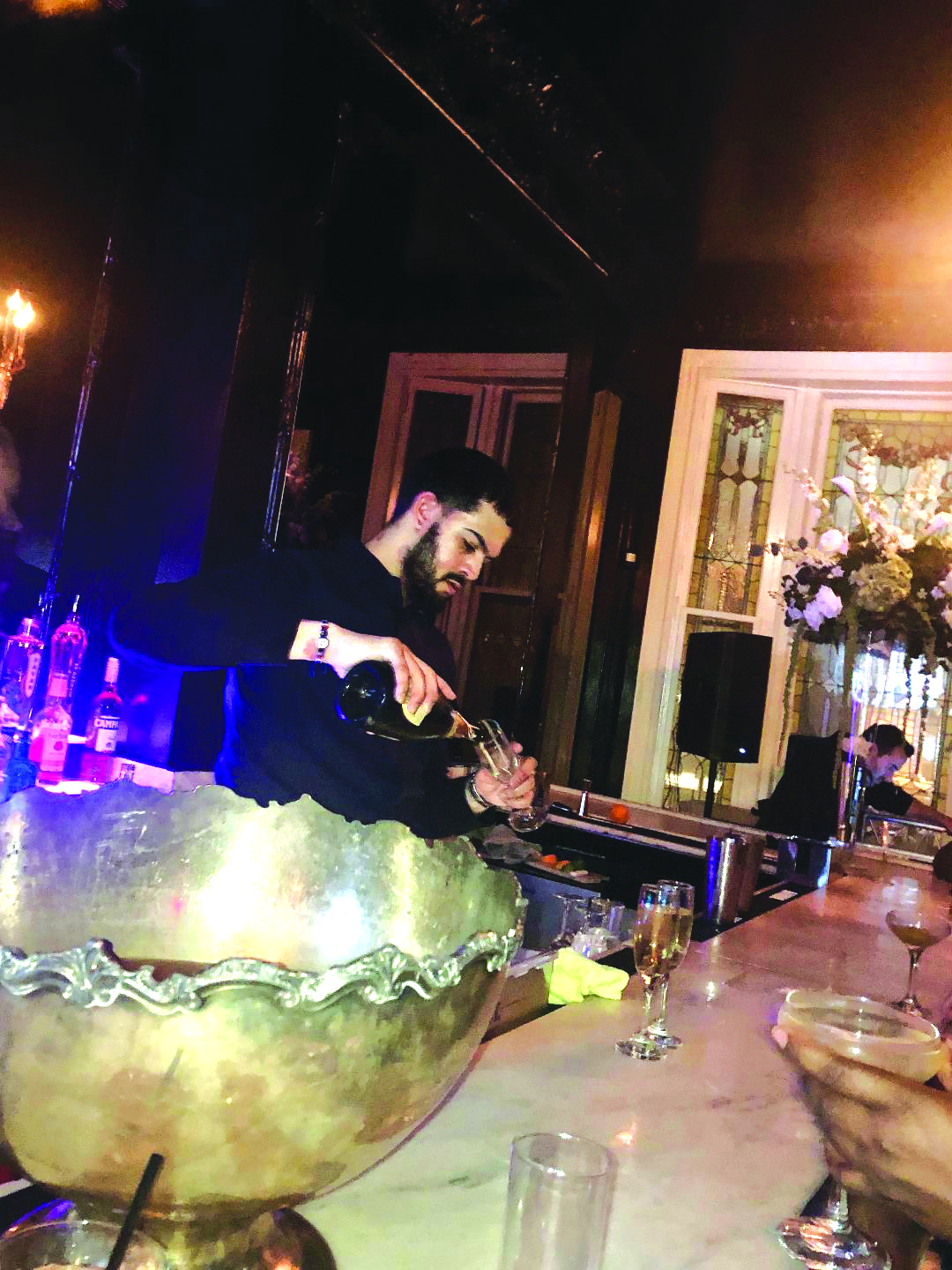 The Manor: Restaurant & Ultralounge, located at 924 North Charles Street, held a soft opening for invited guest on Thursday, February 6th featuring hors d’oeuvres and open bar. Proprietors Joshua Persing and Robert Gay, who previously owned G.A.Y. Lounge have done an amazing job highlighting the stunningly beautiful interior of this 1850s Mount Vernon mansion, which for years housed the Brass Elephant Restaurant. I don’t think there is a live flower left in Baltimore after this opening. Baltimore OUTLoud was warmly greeted by the general manager, Brian Scott, formerly of City Cafe and Sasha’s, and chef Parker Greene. The Manor will feature lunch and dinner. There’s house music in the lounge, and on Saturday and Sunday a drag brunch. Doors open at 11 am and the show begins at 12:30. Admission is just $12.50. Brooklyn Heights will host on Saturday and Evon Michelle on Sundays. The brunch will feature an à la carte menu and bottomless mimosas, rosé, or Bloody Marys. The Manor opened to the public on Friday, February 7th. Please stop in and see Baltimore’s most beautiful restaurant and bar. During this dark, cold, rainy winter, you will find warmth and beauty at The Manor.