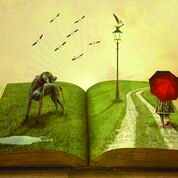 I had the absolute pleasure this weekend to get to answer some questions about trans and other LGBTQ issues for a class of young folks, they had a lot of great questions and my thoughts about the experience are all piled on top of each other like a box of necklaces I need to untangle before I can put them on display.

When an adult asks me intrusive questions they usually do so out of some semi-morbid sense of curiosity. Have you had [dramatic music goes here]the surgery?

What did you look likebefore?

And its not that these children asked us different questions, or even unfamiliar ones in any real way, but the tone was so wildly different. It felt less like they were inspecting me and more like they were using our experiences as a mirror to look at themselves, as though each of us sitting on that panel could be a potential future of theirs.

They were thoughtful and brilliant. Their questions were not laced with the sort of sweet venom of passive, polite accusation Ive come to expect when transgender issues come up, as though I were attending a pop quiz and a jury trial on my identity all at the same time. And they didnt hold back with the questions either. They asked deeply philosophical questions like, How can kids know their own identity when they have so little life experience?

They were scientists and explorers, not politicians. These werent political questions to them. They werent questioning if I, the trans woman in front of them, or my fellow panelists were a threat to them in some way. They were just asking questions, the atmosphere was comfortable. I got to make some jokes about the language of the LGBTQ experience with them, it was fun. They treated me and my fellow panelists like people  people with backgrounds that were not like theirs but that they found interesting and useful to themselves. It felt like every question they asked us was an attempt to acquire new language they could retool for themselves  and gosh did they know the language.

Each of these children had a name card in front of them, and it had space for them to fill out information about themselves if they wished. I saw asexual, aromantic, pansexual, omnisexual, and more on those cards. I saw their pronouns right next to their names. It was incredible how comfortable they were about using these words and how casually they put that information out there. They didnt bandy them about with the force that you might expect to see in online discussions about these terms.

It was the language they used and the spirit in which they used it that struck me most. They had a comfort with these words, and casual and almost obvious way of using them that is unthinkable to me. At their age I didnt have the words to describe my experience, and for people closer to my age these words are fire starters that can turn the most polite conversation into the sort of arguments that split lifelong friendships. And yet here they were respecting each other in their identities, asking questions about ours and our experiences.

A lot of my daily life is about educating people on transgender issues. I seldom have the opportunity to talk to children about my life, and the experience was truly eye opening to me both in the respect that I amsodamn happy that these children have these words but also that I can see all of the hard work, fighting, and tumult happening in our community may very well end with them. On my entire drive home I couldnt help but think the kids are alright. 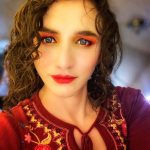