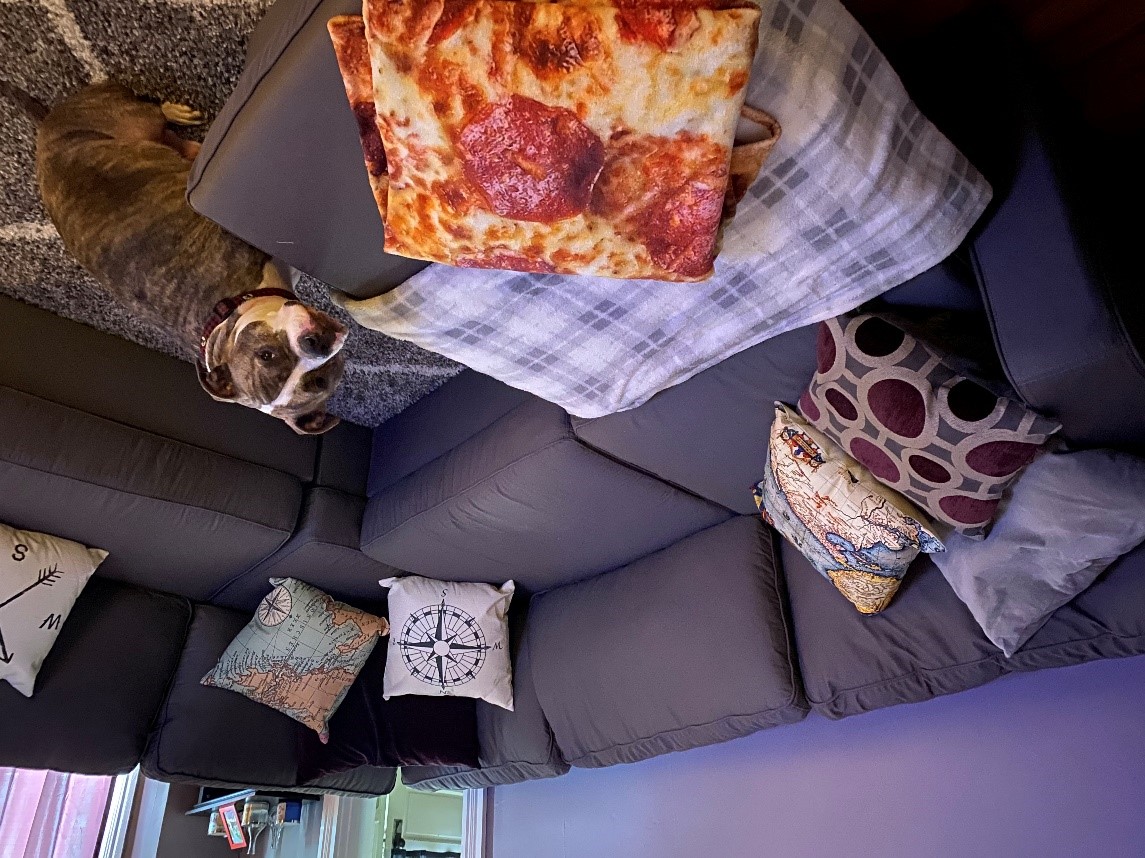 I have found myself with a sizeable uptick in the amount of couch time I have each week. The mental fatigue from existing at this current juncture has me spending more time mindlessly binging, or shooting my way through the Wolfenstein games while my wife visits islands on Animal Crossing. Even before this, our couches were on their last legs, figuratively, because they never sent the legs when we purchased them. All 80lbs of our dog lumbering on them day in and out, as well as never being the best in quality had worn the cushions down to thin, lumpy shells stacked upon a wooden frame that creaked when one sat down. All of this set the stage for an exhausting Friday night drained both my wife and I of all of our sweat and tears. This is the story of Lovesac: The Couch That Fights You as You Build It.

When we were in the market for our last couch, I wanted a Lovesac. At the time, a modular couch with removable covers and limitless arrangements was in the same playing field as a swimming pool/hot tub combination still is. However, thanks to my wife’s brilliant strategy to pay down our debts, as well as her qualifying for a substantial discount for being a first responder, the stars aligned, and after debating on a cover color and fabric, a five-seat, six-sided Sectional was on its way to our house. It arrived on a Friday, about ten minutes after I had arrived at work. My poor wife slid each box from the doorway into the living room, and when she finished, sent me a picture where I couldn’t see our bay windows behind the stacks of boxes. The videos let me know that it was going to be a multi-stepped nightmare, and Alli was generous enough to volunteer to unpack each box and arrange all like parts together, because that would make it easier. Nothing about unpacking boxes, or plastic after unpacking boxes, or cushions from the bases to assemble it all was easy. All of it was terrible.

Just a little note, I get off of work at eleven at night. So at twelve-thirty, when we had finally unwrapped all of the plastic and gotten the boxes flattened and outside, I was silently regretting my urging to assemble immediately, and not the following morning. The owner of Lovesac has his own video tutorials. He shows you how adept he is at sliding covers on with ease. He is a shyster and a wizard. It took me fifteen sweat-filled minutes to get ONE cover onto ONE base. I think I screamed I have a college degree at least a dozen times. There were three different meltdowns by the two of us onto each other, each because we didn’t remember the incantation that “magicked” the covers into position. Alli’s poor fingers hurt so bad she climbed onto a pile of assembled cushions and started sobbing into the dog’s shoulders. He tried so badly to stay out of our way, and honestly was the smartest living creature in that house that night.

I remember looking at my phone and realizing it was almost two in the morning when my chapped, bruised fingers finally slid the last cover onto the last side. Alli had resorted to forcefully punching cushions and seats into their covers. There is a joke about couples not surviving IKEA trips, and I want to say the same goes for Lovesac, but the second you get the covers on, the hardest part is not smashing your fingers under the feet as you slide the shoes into place to lock each section. I managed to smash my fingers five times. At 2:45 we put the last cushion in place. All of my sweaty tears and curse words evaporated the second we both sat down for the first time. I am not recommending purchasing a Lovesac, but if you know someone who suffered through assembling one themselves, you should definitely make sure that person hosts every party that happens the second we are able to congregate in each other’s homes again. Don’t be surprised if that person doesn’t pick up when you call though, they’re resting their poor fingers and mid-coma on their new Sactional.