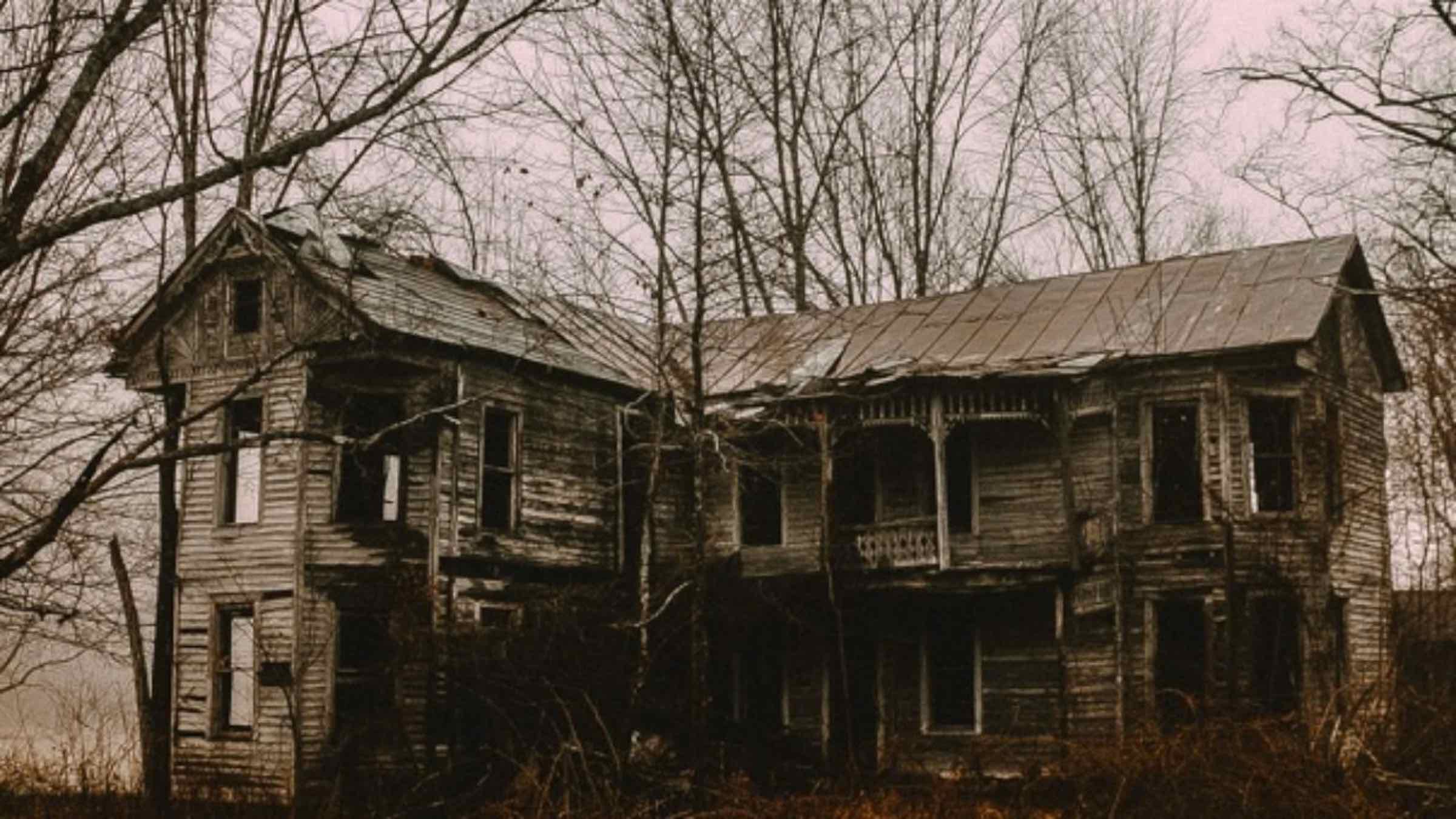 The house has stood for decades. No one knows when it was built or what happened to its owners, whom haven’t been seen or heard from in our lifetime. Nature has reclaimed the land and house itself. What once was a porch is now a broken, sagging collection of boards. The beams of the roof have rotted, collapsing inwards to the heart of the house. A “No Trespassing” sign hangs on what is left of the front door. Perhaps the sign has served its purpose because there is no graffiti or any sign of vandalism to be found; or, it could be that the foreboding house itself serves as a warning sign to outsiders.

It is our own haunted house and local mystery, growing more sinister with the passing of each season. They say every neighborhood has such a house, a place surrounded by mystery and rumors. Maybe it’s abandoned or maybe it’s inhabited by an eccentric recluse. Something about these houses sets us on edge and tells us these are places to be avoided. In this case, we don’t know why the house is scary, just that it is.

When we don’t understand, we look for explanations. These explanations often take the form of stories we tell ourselves and each other. They are narratives we create to connect the dots. As children, we believed the house to be the lair of something terrible and scary. We had heard stories about vampires, witches, and werewolves and we believed them; after all, only something sinister could inhabit such a place.

The stories changed as we got older. We had outgrown monsters and things that go bump in the night, looking instead for more plausible (but still outrageous) explanations. A cult of satanic worshipers had carried out rituals and blood sacrifices inside the house. Drug dealers had murdered the occupants while they slept. A man slaughtered his family and painted the walls with their blood before killing himself. Sometimes the story was a combination of all of the above. And though the stories kept changing and we were now young adults, we still believed them with all our hearts.

With Halloween approaching, I’ve given a lot of thought to this house and it’s spooky, sordid history. My goal was to uncover the origin of the haunted house that has terrified and thrilled local kids for generations. During my quest I discovered even more spooky stories, ranging from absurd to eerily realistic. It seems each generation had its own take on the crumbling house and, because no one knew anything about the house or its inhabitants, each still believes their story to be correct,

The truth, of course, is much less exciting. The primitive house, built before the advent of electricity and indoor plumbing, had once been a happy home. It was vacated during the Great Depression when its owners relocated to find work. The family settled elsewhere and, after a few years, decided to sell the house. By this time, the already outdated house required substantial work that was a dealbreaker for all prospective buyers. It has sat empty ever since and, as years passed and memories of the family faded, was reborn as a haunted house.

Perception is reality. Even without ghosties, ghoulies, or blood-stained walls, the house remains haunted because it is believed to be haunted. The things we believe have a way of becoming real, which is why it’s important for us to revisit and reexamine our beliefs from time to time. If we believe ourselves to be terrible, we find evidence that supports our belief. After all, we tend to find what we’re looking for.

It’s important to remember this in the dark, scary days to come. The pandemic is gaining steam and all signs indicate the next few months will be difficult. Be careful, take precautions, and most importantly, believe that we’ll get through this. If we create our own reality, let’s create a reality of strength and hope instead of fear and despair.