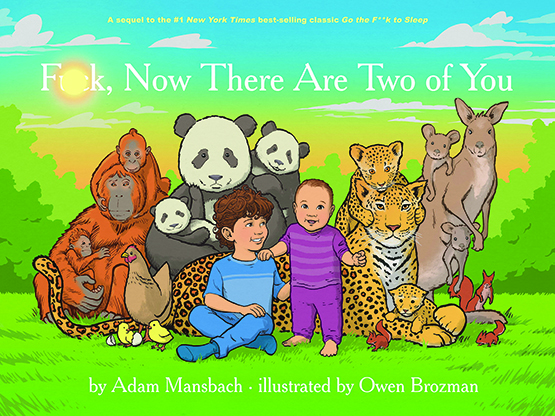 Memoirs and memories – No other queer book published in 2019 fits in the “memoirs and memories” category than Tell Me About It 2: LGBTQ Secrets, Confessions, and Life Stories (Rattling Good Yarns Press, 2019), compiled by St. Sukie de la Croix and Owen Keehnen. A global assortment of participants submitted answers to 15 questions, ranging from “When was the first time you realized you were different?” to “How did your parents react when you came out to them?” and “Where is the wildest place you ever had sex?” A third edition of Tell Me About It is currently in the works. 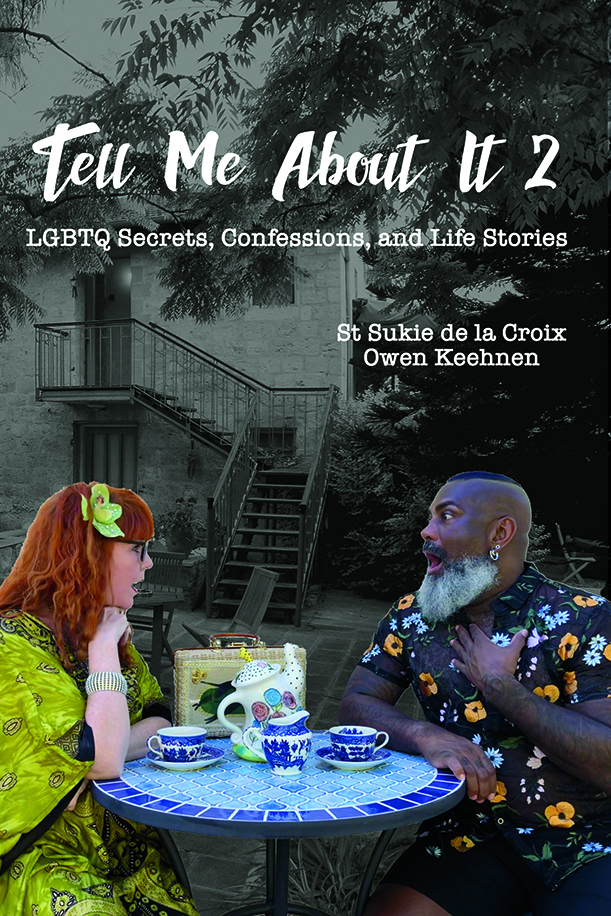 A follow-up of sorts to Carly Simon’s acclaimed 2015 memoir Boys in the Trees, Touched By The Sun: My Friendship with Jackie (FSG, 2019), is an intimate and affectionate portrait of the singer/songwriter’s comradeship with the titular Jackie (Bouvier Kennedy Onassis), and includes additional details of Simon’s life during the 1980s and 1990s, including her marriage to Jim Hart, who eventually came out as gay.

Fans of the second iteration of Queer Eye on Netflix have their favorite style experts and Jonathan Van Ness ranks near the top for most of them. Van Ness’s memoir Over The Top: A Raw Journey to Self-Love (Harper One, 2019) is a no holds barred look at his life, from his Quincy, Illinois, roots to international stardom.

The fabulous Life & Times of Butch Dykes: Portraits of Artists, Leaders and Dreamers Who Changed The World (Microcosm, 2019), by Eloisa Aquino, originated as a “beloved series of tiny zines” from the mid-2000s to 2012 and is now a book featuring a splendid array of queer “heroes” who “loved women” and “resisted feminine roles,” including Audre Lorde, Chavela Vargas, JD Samson, Gloria Anzaldúa, Martina Navratilova, Jenny Shimizu, and Gertrude Stein, among others.

Theatre queens are sure to enjoy To The Max: Max Weitzenhoffer’s Magical Trip from Oklahoma to New York and London – and Back (University of Oklahoma Press, 2019) by Tom Lindley, which follows the personal and professional journey of Weitzenhoffer, a third-generation Oklahoman who went on to become a Tony Award-winning Broadway producer (The Will Rogers Follies and Dracula) and London theatre owner.

You know the saying, “It’s funny because it’s true”? That certainly applies to the wicked funny adult-oriented children’s book Fuck, Now There Are Two Of You (Akashic Books, 2019) by Adam Mansbach with illustrations by Owen Brozman. A sequel to 2011’s Go the Fuck to Sleep, the new book features a same-gender couple making it a book to which all parents, gay and straight, will be able to relate.

A Generous Spirit: Selected Works by Beth Brant (Sapphic Classics / Sinister Wisdom, 2019), edited by Janice Gould, with a foreword by Lee Maracle and an afterword by Deborah Miranda, compiles essays and poems by Mohawk lesbian writer and activist Brant, who passed in 2015, giving readers, both acquainted and unfamiliar with her work, the chance to read her anew.

More creative writing – Joint winner of the 2019 Booker Prize (along with Margaret Atwood!), Girl, Woman, Other (Black Cat / Grove, 2019), the novel by Anglo-Nigerian writer Bernadine Evaristo, is equally subversive and experimental as it interweaves the stories of 12 central characters, including “a nonbinary social media influencer” and a “93-year-old woman living on a farm in Northern England.”

Renowned for his poetic approach to the life of the working class, as well as society’s downtrodden, gay poet and rural Pennsylvania Jeff Walt makes room for them all in his new full-length collection Leave Smoke (Gival Press, 2019), in poems such as “In Bed I Run the Calluses on Your Palm,” “My Tinker,” “That Norma Jean Next to Me at the Alibi,” “Squatter Buddy,” “Smokers On Break,” “My Brother on the Graveyard Shift,” and “Work,” to mention a few.

In her eighth book, Somewhere Along the Way (Bold Strokes Books, 2019), lesbian writer Kathleen Knowles takes the reader back to 1981 when Maxine and her gay bestie Chris relocate to San Francisco from the Midwest, and each of them faces new challenges that lead to their estrangement, the loss of a life and a quest for healing and redemption.

Award-winning writer Edgwidge Danticat’s new short story collection, Everything Inside (Knopf, 2019), features various settings, including Miami, Port-au-Prince, and “a small unnamed country in the Caribbean, and, in eight stories, introduces us to characters involved in an unexpected romance, ending a marriage, fighting to survive, and a family reunion.