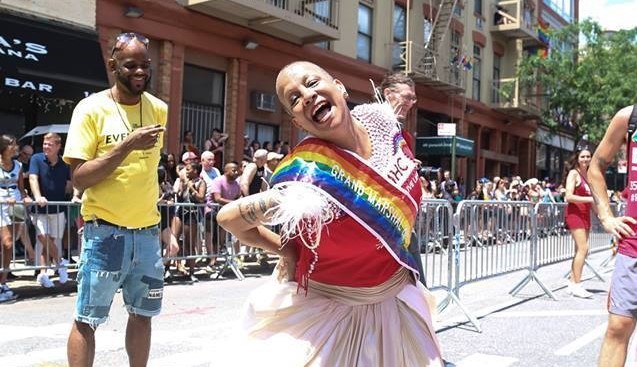 My first job in AIDS in the 1980s was at the Los Angeles Shanti Foundation, an organization that provided companions for the dying. When our founding director, Daniel P. Warner, retired from the organization, the final candidates for his job met with the full staff for final interviews.
One of those job candidates, Sue Crumpton, had the audacity to be a straight woman. Trying to replace our gay founder. At an AIDS agency. In 1991.
Sue’s credentials as a skilled administrator with a background working on behalf of battered women didn’t resonate with some of us. For gay men like me, our questions reduced the job at hand to a stereotype.
“Are you comfortable working around gay men?” We asked. She said she was.
“Really?” We pressed her. “Because there’s a lot of explicit sexuality, because this is HIV, of course. Are you sure you would feel comfortable working here?”
“Yes,” she answered again, and then added, “but you make me wonder if I would be comfortable working with you…”
Sue Crumpton not only got the job, she led LA Shanti into a period of growth, program expansion, and heightened visibility. And her roots in feminism taught me lessons I have never forgotten.
HIV/AIDS history itself has been similarly skeptical about the contributions of straight women. 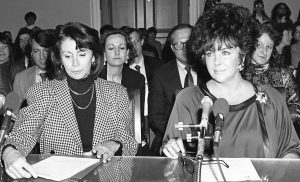 Thankfully, HIV activist and author Victoria Noe helps to set the record straight with her new book, Fag Hags, Divas and Moms: The Legacy of Straight Women in the AIDS Community. Viki and I had a conversation about her book and the erasure of women in the narrative of AIDS.
Mark S King: Thanks for speaking to me, Viki. You know, when I think of women in the AIDS arena, I think of all those lesbian nurses first. Why are you focusing on straight women?
Victoria Noe: I have always felt that straight women were true outsiders in the community. Lesbians were part of the LGBT community already, so they were accepted in a way that straight women were not. The experiences of straight women were a little different. Have you read Taking Turns?
No.
It’s a graphic novel written by a lesbian nurse, about her experiences with AIDS patients. I loved it. It’s another piece of the story that hasn’t been told.
That outsider status you mention comes up a lot in the book. You’re not happy with the way straight women have been left out of the narrative.
Even now, to a lesser extent, that’s still true. I’ve understood the ownership of the epidemic by the gay community. But that doesn’t mean straight women weren’t effective.
You don’t pull any punches in terms of stating your displeasure with gay men owning the history as well as the services and the sympathies of the public. 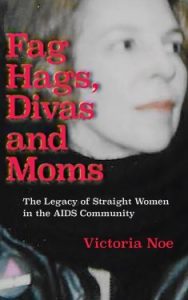